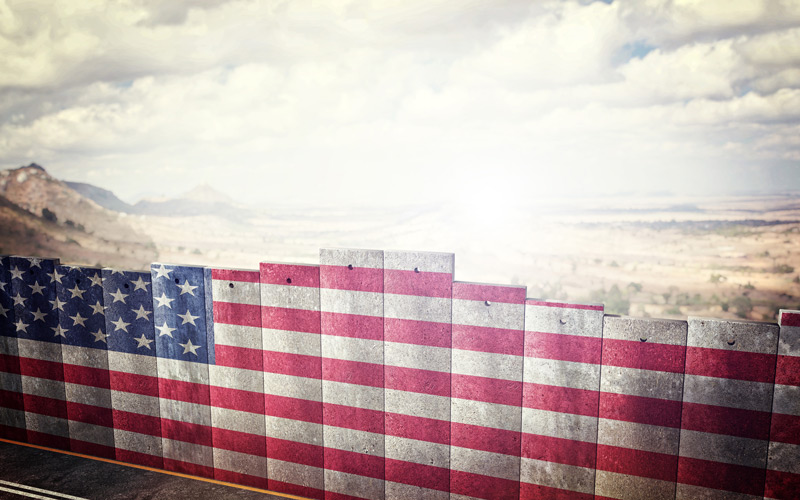 Image by tiero/iStock/Getty Images Plus

Local reaction to the election of Donald Trump was both reflexive and enduring. Given his history of misogyny and xenophobia, and the alleged sexual assaults, plus his calls to imprison Democratic candidate Hillary Clinton, not to mention his nonexistent ideology, he didn’t leave room for liberal and independent voters in large cities such as Los Angeles and New York to embrace his presidency. Most candidates at least pay lip service to bringing the country together, but he spent the campaign, and is now spending his presidency, pandering to his base. When he does mention large cities, it’s to intimidate or insult them.

In the last few months opposition to Trump here has approached something nearing hysteria, from everyday conversations, to social media, to political art, to award show speeches, to the Los Angeles Times editorial board taking the unusual step of publishing a six-part takedown of the president that begins with an editorial entitled “Our Dishonest President.” (On the one hand—bravo. On the other hand, where you been, L.A. Times? You just noticed they lie?)

On all matters Trump, we have no chill.

The topic for which we have the least chill is immigration, and rightly so, because we are a city of immigrants, documented and undocumented. While you can make a case that the reaction to Trump on some issues has been overwrought—in many cases the president has simply continued Obama-era policies that Democrats weren’t paying close attention to—Trump has made immigration a pillar of his presidency. Obama deported more undocumented immigrants than any other president, which is a fact that will not age well for the former president. Trump wants to deport millions as well, but unlike Obama he also wants to build a large and forbidding wall on the nation’s southern border. This particular campaign promise was memorable because he repeated it so often, and it was one of the few specific policy proposals he mentioned.

Much has been written in opposition to the wall, in terms of arguments from a legal and moral standpoint. The most recent cover story from Reason magazine does us the service of examining the wall as a practical matter as well. The magazine’s conclusion won’t surprise anyone who has spent time studying Trump ventures: it’s big, it’s bold, and it appears destined to fail.

Author David Bier notes that walls–and fences, too, if indeed more fences are built along the border–have vulnerabilities such as weather, human ingenuity, vastly reduced visibility for Border Patrol, and the ability to go over and under. As to a mega-wall or mega-wall/fence combo’s efficacy:

The president is proposing a project likely to cost tens of billions of dollars and to suck up many other resources, and he is doing so without a single evaluation of the barrier. Obviously, any obstacle to passage will reduce entries at the margin. But would other options work better?

Rep. Henry Cuellar (D–Texas) of the House Homeland Security Committee failed to obtain an answer to this exact question from the Obama administration. Chairman Michael McCaul (R–Texas) concluded in 2013 that “it would be an inefficient use of taxpayer money to complete the fence,” but he gave no indication of how he evaluated the costs and benefits. A 2016 Migration Policy Institute review of the impact of walls and fences around the world turned up no academic literature specifically on the deterrent effect of physical barriers relative to other technologies or strategies, and concluded somewhat vaguely that walls appear to be “relatively ineffective.”

Fences can have strong local effects, and the case for more fencing often relies completely on these regional outcomes. Take the San Diego border sector, probably the most commonly cited success story in this debate.

From 1990 to 1993, it replaced a “totally ineffective” fence with a taller, opaque landing mat fence along 14 miles of the border. This had little impact on the number of border crossers. “The primary fence, by itself, did not have a discernible impact on the influx of unauthorized aliens coming across the border in San Diego,” the Congressional Research Service concluded.

From 1994 to 1996, Operation Gatekeeper doubled the number of agents in the sector to reinforce the fence, but this too had little effect on the number of apprehended migrants. (Researchers use apprehensions as a proxy for illegal immigration because they usually track closely to the number of total entries.) Instead, the apprehensions shifted dramatically away from the areas guarded by western stations at Imperial Beach and Chula Vista, where fences were built, and toward eastern stations. The net flow remained the same.

From 1997 to 1999, when the San Diego sector was reinforced with nine miles of secondary fencing and even more agents were added, the numbers did finally slow. But looking at the apprehension figures, it appears that San Diego simply pushed its problem even further east, to the El Centro, Yuma, and Tucson sectors. Each agent in those places ended up apprehending more people after the fence was built than before.

Ideally, we would perform the same type of before-and-after analysis of the impact of the Secure Fence Act of 2006. The problem is that those barriers were rolled out at the same time that Congress almost doubled the size of the Border Patrol, increasing it from 12,000 to 21,000 agents. Moreover, fences went up in many different sectors, making it difficult to isolate the effects. To complicate matters further, this period saw the collapse of the housing bubble, which caused a huge exodus of unauthorized workers back to Mexico.

The upshot, if you’re an advocate of open borders, is that it may not work all that well. But effectiveness might not be the point, writes Bier.

President Trump’s wall would be a mammoth expenditure that would have little impact on illegal immigration. But perhaps that’s not the point. The campaign’s goal was to plant an image in voters’ minds of what making America great again would look like. The president’s goal may now be to create a symbol, an illustration of a nationalism that says to the world that although people of all kinds may want to come here, America was created by and for Americans.

You can read the whole article here.