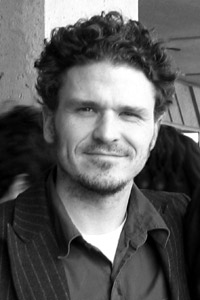 From some of the talk at the Los Angeles Times Festival of Books this weekend at UCLA, one might think we bibliophiles are all walking around, cradling our books like they’re precious dinosaur eggs—cuddling and cooing at them in a desperate and foolhardy attempt to keep them from dying.

The death-knell for the publishing industry has been ringing for several years. Earlier this month, the Association of American Publishers announced a decline in sales for the second-straight year after book sales dropped 1.8 percent in 2009. So it’s not surprising that the “demise of the book” was the hot topic at many panels at the weekend’s festival. We book fans were nervous, and we wanted reassurances.

“Publishing has been dying as long as we’ve been alive,” quipped Sara Nelson, former editor of Publishers Weekly and current books director of O magazine. Nelson moderated a panel of book editors (“Publishing: The Editors Speak Out”) on Sunday at the festival that adopted a somber tone but also suggested the industry picture is more complicated than has been widely understood.

Indeed, the Association of American Publishers’ sales numbers can make your head spin: it’s difficult to generalize too much about all the upward and downward ticks in such a wide range of categories. For example, adult hardcover book sales rose 6.9 percent from 2008, but adult paperbacks sales declined 5.2 percent. The higher education category (which includes college textbooks) grew 12.9 percent, but book sales for primary and secondary schools declined by 13.9 percent.

And book sales are not the only barometer of the book industry, as the “Editors” panel noted—the struggles of print media and the decline of independent bookstores (including Dutton’s Beverly Hills and Brentwood locations) have changed the landscape. With fewer newspapers and magazines to review new releases and fewer bookstores in which to display them, editors have had to find new ways to reach target audience

“If there has been a big change in the last couple years it’s that increasingly editors need to read and understand the marketplace,” said Sarah Crichton, publisher of Farrar, Straus and Giroux’s Sarah Crichton Books.

Then again, the math can be quite simple, as Counterpoint Press editorial director Jack Shoemaker suggested: there are over 300 million people in this country, and it’s tough to sell 25,000 copies of a book. “There are more people turned away from rock concerts than buy books right now,” Shoemaker said.

But the sales number everyone is watching, of course, is e-books. Yes, sales skyrocketed last year, 176.6 percent according to the Association of American Publishers. But still, e-books accounted for just 1.3 percent of all book sales.

Down the table from Shoemaker, McSweeney’s Managing Editor Eli Horowitz allowed that new technology, particularly the iPad, “can open possibilities for new ideas.” Leave it to the McSweeney’s people to be optimistic. In another festival session on Saturday, Horowitz’s boss, Dave Eggers, had addressed the question of book industry troubles by saying, in effect, “what troubles?”

“I really do feel like it’s the best time in the history of the published word to be a small publisher,” he said.

By keeping McSweeney’s lean (and by cultivating a loyal readership), Eggers has built an independent publishing house capable of producing unique projects. In 2003 McSweeney’s published William T. Vollman’s 3,000-page treatise on violence that was a finalist for a National Book Critics Circle Award. Recently, Eggers took on a 1,100-page John Sayles novel that couldn’t find a home, and the tome is scheduled for a fall 2011 release. So don’t tell Eggers about the “death of publishing”—“Everyone wants to declare the death of something,” he said. “What will be dying tomorrow? Shoes?”

Eggers, who won two L.A. Times Book Prizes Friday night (the inaugural Innovator’s Award as well as the Current Interest Award for Zeitoun), has the uncanny ability to combine literary pursuits with social activism in ways that make him the coolest cat in town. L.A. Times book editor David Ulin, who interviewed Eggers in Saturday’s session, said if he were younger, he would high-tail it to San Francisco and camp out on McSweeney’s doorstep, asking for an internship.

Outside the panels, the festival’s free stages provided a constant stream of acts, and exhibit booths displayed tantalizing fare. Meandering by the Target Children’s Stage, I happened upon Peter Yarrow with a stage full of kids singing “Puff the Magic Dragon.” You bet I joined in with the rest of the audience on the chorus.

And in a moment of being swept up in it all, I almost snagged one of the grey literary jerseys from Novel-Ts that feature authors or character names on the backs (“Prynne” was hard to pass up), but I decided to wait until the company’s new lineup is released May 7.

By Sunday afternoon, the “What Are You Reading Wall” that invited festival-goers to graffiti their current reading selections had become an interesting palimpsest of writing upon writing. So many titles covered the tent wall that people were simply writing over titles from the previous day. Titles ranged from Pam Munoz Ryan’s Esperanza Rising, a chapter book about Mexican-American life, to Chang-Rae Lee’s Native Speaker, a novel about Korean-American experience, to Swedish author Stieg Larsson’s best-seller The Girl with the Dragon Tattoo. Someone also noted Kate Carlisle’s If Books Could Kill, about a murder at a book fair—chilling.

But here’s a quibble: Considering all the beauty of its setting and the richness of its program, the festival’s food leaves much to be desired. The food tents offer only an uninspiring array of what is basically mall food-court fare. How about merging the book festival with the L.A. Street Food Fest? Now there’s a novel idea.