Home Business In the Era of Legal Cannabis, Bong Maintenance Has Become a Booming... 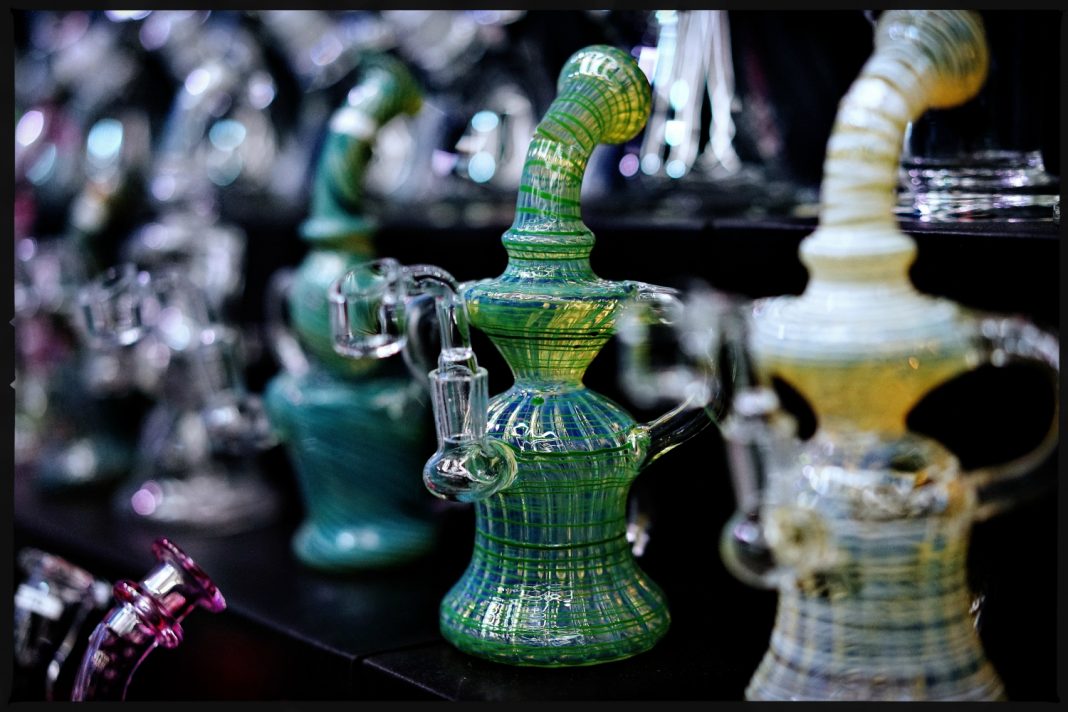 “It was nasty,” says Pedro Crisanto, also known as Pete, of the pipe that’s inside a liquid-filled bag on the counter of East Hollywood’s House of Smoke.

The cleaning process for this piece began roughly 24 hours earlier. It took soaking, scraping, and more soaking to remove the resin that now forms a sludgy brown layer on top of the liquid in the plastic bag. But, the job is almost done. All that’s left is rinsing the pipe in cold water. A few minutes later, House of Smoke employee Tony Perez returns with the pipe, now so clean that it looks new.

If you like to smoke, but hate cleaning your pipe or bong, House of Smoke will do it for you. It’s an unusual service for a smoke shop to offer and one that comes at a reasonable price: $3 for pipes, $5 to $7 for bongs, depending on the size. Typically, you can drop off your smoking accessory and pick it up the next day, much like sending your clothes to the cleaners. During this particular week, they’ve only had a few cleaning jobs, but, sometimes, the requests can be as many as 10 to 20 in a week. It’s become a popular service, one that House of Smoke advertises in its window.

Crisanto, 30, had been working at an ampm before he opened House of Smoke four years ago. At first, he was looking to open a 7-Eleven franchise, but said that the start-up cost was beyond his budget. He did, however, have enough saved up to enter the smoke shop market. It was tough at first, but he was able to get a loan from his mom to help during the lean time. Ultimately, business picked up, which Crisanto surmises is due to the legalization of cannabis in California. “The people that were probably embarrassed to walk into a smoke shop, now they come in,” he says. Crisanto notes that business in 2019 is on track to do better than the first three years of House of Smoke’s life combined.

“The people that were probably embarrassed to walk into a smoke shop, now they come in.”

The display cases inside the shop are filled mostly with glass, everything from the inexpensive pipes made in China to higher-end, California-crafted bongs. Amidst the glass, you’ll find a few pieces made from stone, wood, and silicone too. What does well? Dabbing supplies, pipes shaped like penises, and anything Rick and Morty.

Not long after opening the store, Crisanto added the cleaning services. That started because he had an employee whose pipe was really dirty. He put up a sticker in the window that read “We clean pipes and bongs.” Slowly, people began asking him about it.

While there are products marketed to clean smoking tools, Crisanto says these solutions often don’t do the job well. He uses a mixture of rubbing alcohol and salt to clean, eyeballing the measurements. “The more salt you use, the better it cleans,” he says. The mistake people often make, he points out, is using hot water to clean glass, which can break the pipe.

Crisanto admits he’s not much of a weed smoker himself, but he does espouse the virtues of a clean paraphernalia. He just wants people to “have a good taste when they hit the bong.”

RELATED: We Went for a Ride-Along on a Cannabis Tour Through L.A.