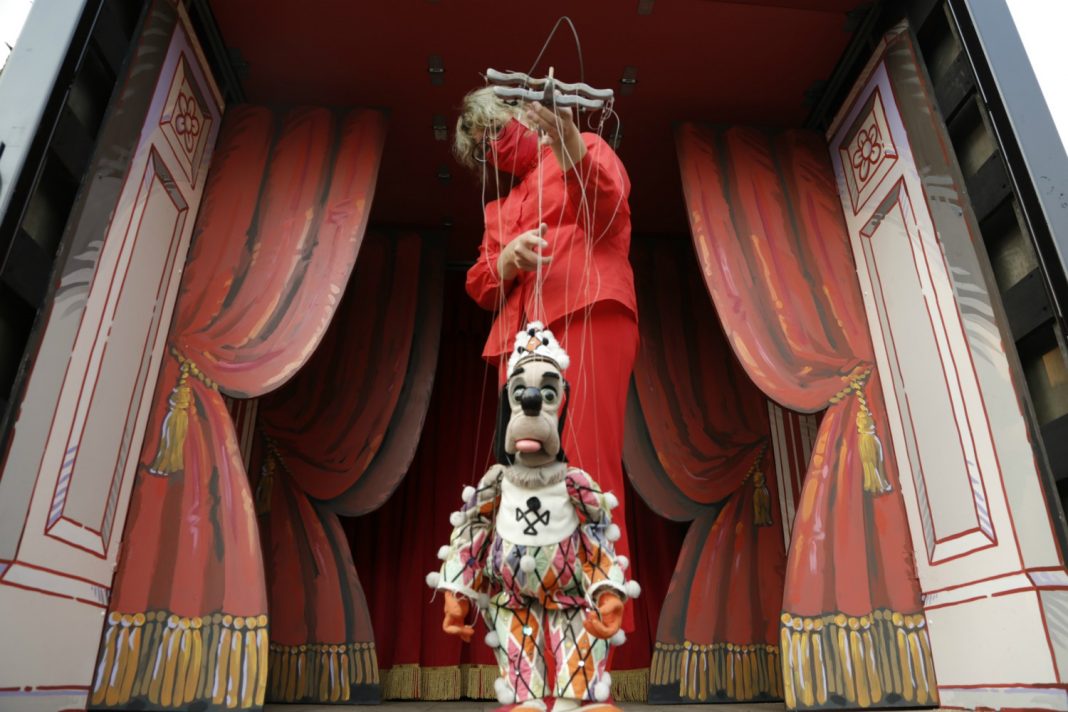 At the intersection of all things charming and nostalgic and heartwarming in Los Angeles is the Bob Baker Marionette Theater. The scrappy, 57-year-old non-profit survived the death of its founder and the loss of their historic home in the last few years, and had finally made it back into profitability at their new home in Highland Park when COVID shut down the world in March. The oldest marionette theater in America is now asking for donations to meet a $365,000 fundraising goal to make it through 2021.

“Up until now we’ve been surviving,” says director Alex Evans. “But things began adding up and it’s become life or death.”

With their physical space closed for most of this year, the puppeteers have made big pivots. The Santa Monica Carousel hired the puppet workshop to create display windows like the ones on Disneyland’s Main Street, U.S.A., the troupe has been doing Zoom shows, and mobile, social distant appearances from the back of their customized box truck. They’ve even hit the road with ice cream delivery. Two of the directors recently tested their physical and mental abilities, risking life and limb on two different game shows in an effort to win prize money. “We’re literally jumping through hoops,” says Evans. “To save the theater.”

The holiday season is the most profitable time of year at the theater, with packed houses for Bob Baker’s Nutcracker, private parties, and a fundraising gala that can’t happen this year. The theater, recently retrofitted with a new HVAC and air filtration system, has been offering a Peek-a-Boo stroll through exhibit by appointment only, but the inability to use the theater building, while still paying rent, has driven the troupe to the brink. Staff and volunteers are still cranking away, making disaster preparedness films for the governor’s office, a Merry Marionette video special, and new merchandise including a Bob Baker ugly sweater and a high-end, limited-edition replica of Bob Baker’s original 1950s signature puppet Bobo.

Celebrity fans like Pee-wee Herman, Karen Oh from the Yeah Yeah Yeah’s, Bill and Ted’s Alex Winter, and Eva Mendes (who attended shows at the theater as a kid) have all Tweeted their support and encouraged fans to donate. “We’re losing $30,000 a month,” says Evans. “If we can raise $365,000 that will get us through 2021.” About one third of the goal has already come in but, Evans says, “If you want a place like Bob Baker to be around at the end of all this, we need your help.”

RELATED: Some of L.A.’s Most Beloved Institutions Are Threatened with Extinction