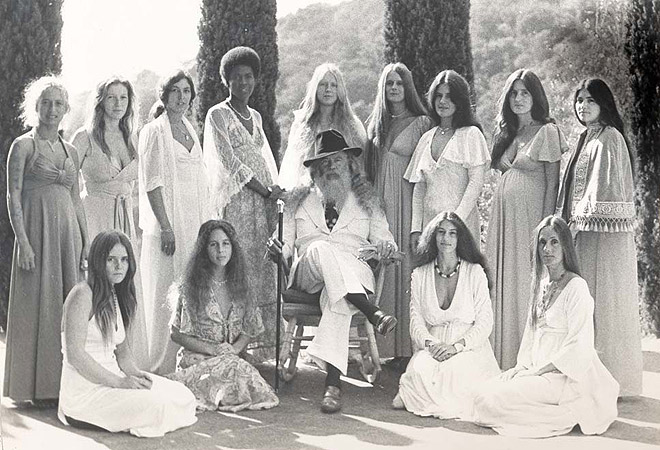 More than a decade before televangelist Jim Bakker reached the apex of his success, a lesser-known Jim Baker was building one of L.A.’s most enterprising and influential cults. In 1969, the ex-marine turned bank robber opened the Source, a pioneering vegetarian restaurant at Sweetzer and Sunset (it’s where Woody Allen orders “alfalfa sprouts and a plate of mashed yeast” in Annie Hall).

Within three years Baker had anointed himself “Father Yod,” a white-robed, Moses-bearded guru with a following of more than 100 young spiritual seekers, each of whom he rechristened with the surname “Aquarian.” They lived communally—at one point in the former Los Feliz manse of Los Angeles Times publisher Otis Chandler—meditating, exercising, smoking marijuana, playing tribal music, and practicing lots of tantric sex.

“They looked like a wild band of hedonists, but they had a lot more in common with the Shakers than the Manson Family,” says Maria Demopoulos.

She and Jodi Wille tell the story in The Source Family, a beatifying but sober-eyed documentary that premieres May 9 at West Hollywood’s Standard hotel and is followed by a one-week run at Cinefamily. Baker died in Hawaii in 1975, but not before he had cemented L.A.’s reputation for psychedelic West Coast utopianism.