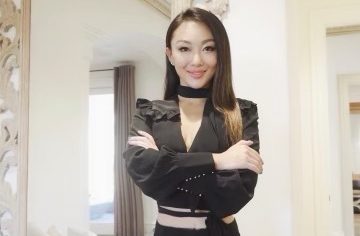 Leah Qin, who is featured on Netflix’s hit reality series Bling Empire and also works as a real estate developer and investor, says that she isn’t convinced the California Dream for All program for affordable housing will work out the way politicians have pitched it to the public.

The California Dream for All program is aimed at creating opportunities for lower and middle-income buyers to own a home in a rapidly rising market. This includes Californians who face racial and economic barriers when attempting to fulfill their dream of owning a home. The program would provide 17 percent toward the purchase price of a first home in the form of a loan that would be repaid when the buyer sells the property down the road.

“I do have a conservative view because I don’t know if it’s going to work,” Qin told LAMag. “On one hand, I think it helps a lot of people and it’s a really good cause. It’s really helpful to those who lost their jobs during the pandemic and are worried about their kids and family. On the other hand, what about the other expenses?”

Qin said that her main concern is around the new homeowners finding a financial burden once they become responsible for property taxes, home insurance, maintenance fees and repairs. She said that she is also curious as to how the program will affect the overall market.

“If there’s a dip in the housing market, how long will it take to come back?” she asked. “If a lot of people buy a house, would this create more stress for them if they sell the house and they don’t make a profit? If the market is OK then it will drive up the housing prices.”

On the other hand, the program could create more jobs, including construction work—which she said is a positive, but most likely just a “temporary fix.”

“People who were not necessarily ready to buy a home will realize that other costs, like property tax and maintenance, that come with being a homeowner are hugely accumulated over time,” Qin explained.

“‘Buy low, sell high’ is the golden rule for every single investment. This is the root, no matter what,” she said while offering a potential solution. “A lot of people are renting homes for office space, co-living spaces—it’s a great way to offset cost. Post-pandemic, more companies got rid of their buildings so they often look for places to rent out for meetings.”

Outside of her real estate career, Qin can be seen in the latest season of Bling Empire, which she said was a second career choice about which she was initially conflicted.

“Not many people know, but I interviewed for season one of Bling Empire. At that time, I wasn’t ready to talk about my business and private life. But gradually I got used to it so when the producers called about season two, I was ready,” she revealed.

While Qin admits she was initially hesitant about taking on a part on the show, she decided to go for it anyway—hopefully, she’d become an inspiration for others to follow their own dreams.

“I was inspired, as many people were telling me that my story of coming from China to build the American Dream was an inspiration for them,” she said. “I wanted to encourage people to say, ‘Yes, I can do that too.’ I wanted to show people that were similar to me that you can follow your goals and achieve anything, as long as you are determined.”