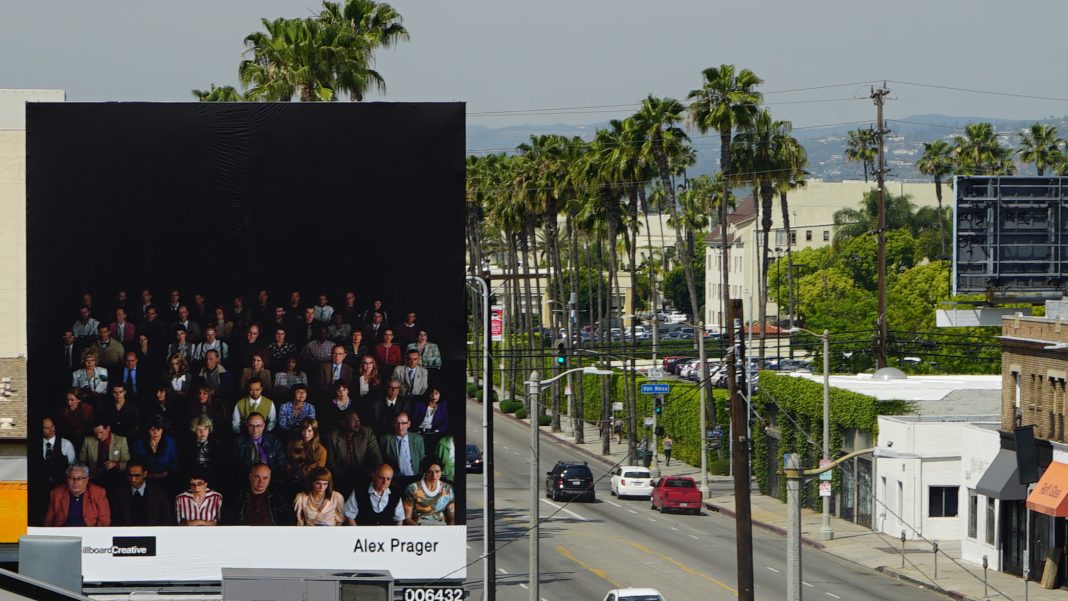 Photograph courtesy of The Billboard Creative

TheBillboardCreative wants you to stop and actually look at those ubiquitous billboards you typically ignore while walking down the street. For the month of October, the group is replacing the usual advertisements for auto insurance and personal injury lawyers with fine art in unexpected locations.

“The injection of artistic expression into the urban environment offers an occasion for commuters to pause and contemplate,” says TheBillboardCreative creative director Mona Kuhn. “We hope to facilitate a cultural exchange, connecting artists with large audiences and bringing art to many people who might not otherwise have the opportunity to see it.”

Across the city, 31 billboards will be splashed with images created by contemporary artists. The pieces include a handful from bigger names that Billboard Creative reached out to for the project, including Lawrence Weiner, Laurie Simmons, and Norm Clasen–but the majority of the works come from artists selected through a blind submission process that was open to all.

“We wanted to come up with a way to help emerging artists break through the traditional bottlenecks of the gallery system and it just dawned on us that there was a simple answer–take the artists’ work directly to the streets in the most public way possible,” says Adam Santelli, executive director of TheBillboardCreative. “This offers a valuable opportunity for recognition and discovery.”

An interactive map available on Billboard Creative’s website guides curious viewers to the pieces and provides some background on the artists involved. In October, the group plans to debut an extensive geo-tagged public art map of Los Angeles, which will start with an initial registry of some 900 sites of public and street art across the county and can be updated dynamically over time.

This marks the fifth outing of this project which has, over the years, included work from Ed Ruscha, Paul McCarthy, Alex Prager, and other significant contemporary artists. In addition to the main annual show, TheBillboardCreative also recently produced a “micro-initiative” of just three billboards, focused specifically on highlighting the work of female artists.

RELATED: The World’s Biggest Art Galleries Are Coming to Town for the First Ever Frieze Los Angeles