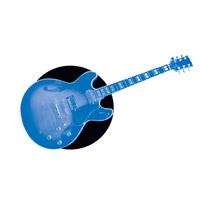 81-year-old guitar innovator Kenny Burrell weighs in on Bill Frisell & Bill Morrison: The Great Flood. “It’s only in the last 25 years that jazz guitar has become as popular as the saxophone or the trumpet, and Bill Frisell is one of the most versatile guitarists we’ve had. He ventures into many musical territories: jazz, blues, and extended forms like this [a live soundtrack for a film about the Mississippi Delta]—and always with great enthusiasm and seriousness. Bill has found his own style. As Duke Ellington said, ‘Be yourself, you can’t be anyone else anyway.’”