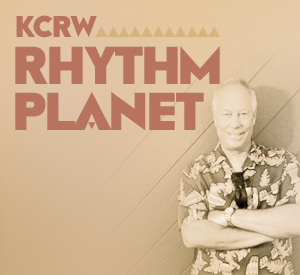 Santa Monica radio station KCRW is making some big changes in its lineup.

This past Sunday marked the last airing of Tom Schnabel’s world music show, formerly known as Café L.A. The longtime deejay, who started producing radio shows for KCRW 34 years ago, will continuing to oversee the Rhythm Planet blog, which he has been writing for the past couple of years, and host an on-demand music show.

In a blog post, Schnabel writes:
“On Rhythm Planet, I’ll produce a weekly feature with jazz, world, and Latin music, interviews and live sessions. I’ll be able to mine my archives and present rare interviews with musical heroes and giants. I’ll also appear monthly with Jason on Morning Becomes Eclectic to offer my latest world music recommendations.”

Schnabel will be replaced by on Saturday afternoons from 3 to 6 p.m. by Travis Holcombe.

The other major change is happening on Sunday mornings at 10 a.m., when the station will replace writer and comedian Harry Shearer’s Le Show with the TED Radio Hour hosted by longtime NPR contributor Guy Raz. Shearer has built a sizable online following, and KCRW will continue to distribute Le Show for syndication and podcast.

In one final note, Weekend All Things Considered will also no longer be heard at 5 p.m. on both days. Instead KCRW will air hourly news updates from NPR beginning at noon.