Home Uncategorized Beyond The Walking Dead, TV Monsters You Need to Meet 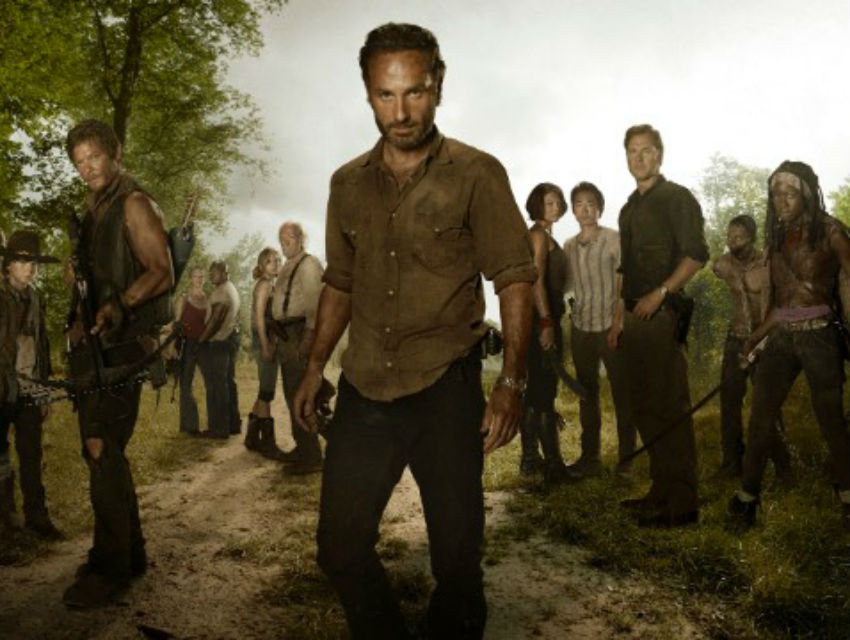 Rick Grimes and his fellow survivors of the zombie apocalypse are back, and so far the fifth season of The Walking Dead has maintained the adrenaline-soaked pace of the previous four seasons. The last time we saw the former sheriff and his cohorts they had been locked in a railroad car in Terminus, supposedly the last remaining human sanctuary in a world overrun by brain-eaters. Without revealing any spoilers about the new season, which premiered last week, Grimes and company may have stepped out of the frying pan and into the fire.

The Walking Dead isn’t the only monster mash on TV. The fall season offers a cornucopia of things that go bump in the night including the premiere of NBC’s Constantine Friday at 10 p.m. With Halloween fast approaching here are five shows filed with horrifying themes end creatures.

The Netflix show Hemlock Grove premiered in 2013, and in July of this year, the complete second season was released. Set in a small Pennsylvania town where a string of brutal murders has townsfolk on edge, Hemlock Grove is sexy, trashy fun. The campy show offers sinister medical experiments, small town intrigue, the occasional werewolf, and one of the Stellan Skarsgaard’s numerous actor children.
Available via Netflix.

Don’t let its longtime home on the CW network fool you: Supernatural is just as witty, smart, and otherworldly as any cable show. Brothers Sam and Dean Winchester (played by Jared Padalecki and Jensen Ackles) have been hunting demons since 2005, and the setups seem to get more bizarre and gory with each passing season. Created by Eric Kripke (Revolution), the show riffs on pop culture and familial drama while inventing vicious demon after demon. But its real strength is the clever back-and-forth between Sam and Dean.
Season nine was recently made available via Netflix.

Ryan Murphy and Brad Falchuk’s spooky anthology is back in force for its fourth go-round. This time it’s set in Florida in the 1950s with series grand dame Jessica Lange playing the Teutonic ringmistress of the titular freak show. Lange leads a cast of AHS regulars and talented character actors including Michael Chiklis as a demented strong man. Tune in for stars Sarah Paulson and Angela Bassett as psychologically complicated women who have a little something extra; stay for the elaborate musical performances including an off-kilter rendition of David Bowie’s classic “Life on Mars.”
FX, Wednesdays at 10 p.m.

Created jointly for Showtime and the British network Sky and executive-produced by American Beauty director Sam Mendes, Penny Dreadful is a tour de force of monster lore and fin de siècle aesthetics with a haunting performance by Eva Green. Like the 2004 movie Van Helsing, Penny Dreadful attempts to bring diverse members of the monster pantheon together under one umbrella. But where Van Helsing lacked bite, Penny Dreadful succeeds. Monster mainstays Dracula, Dr. Frankenstein, Jack the Ripper, and the Wolfman make this show a surprisingly affecting mash-up of modern storytelling and Victorian horror.
Season one available via Amazon Prime.

It’s sometimes cheesy and limited by its home on Fox, but it’s also one of the only shows to feature a woman of color playing an action lead. Paired up with a time-travelling Ichabod Crane (the version of Washington Irving’s hero that’s easiest on the eyes) who has been resurrected after napping for 300 years, Lt. Abbie Mills (played with authority by Juilliard grad and Shame star Nicole Beharie) battles a plethora of spectral baddies in a small New England town. Sure, these retro ghosts carry slick-looking weapons we’re pretty sure weren’t around in ye olde colonial times, but it’s a treat to see actors such as John Noble (Fringe) and Orlando Jones (MADtv) pop up in supporting roles. Plus, male lead Tom Mison insists on calling his partner “leftenant” and makes a frock coat look as stylish as selvedge denim jeans.
Fox, Mondays at 9 p.m.

Scream Queen Emma Roberts Is Afraid of Everything