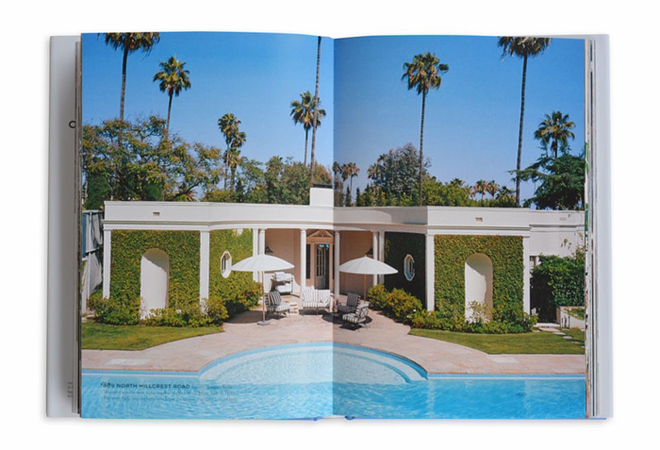 This month, the city of Beverly Hills is celebrating its 100th birthday, and there’s no better way to commemorate the centennial by checking out the new coffee table book In the Spirit of Beverly Hills (Assouline Publishing). It opens with a comprehensive introduction by Nancie Clare, an L.A.-based writer editor and writer who was the editor in chief of LA, Los Angeles Times Magazine and worked here.

Clare describes both the glamor and historical reality of the city, starting with its incorporation and the building of the Beverly Hills Hotel. She also covers the city’s fight against L.A. annexation, the architects who built its famed homes, and its plans for the future.

After the intro there’s the fun part: page after page of big, color photos chronicling the landmarks, architecture, gardens, shops, and countless celebrities who call the city home. From Harold Lloyd shooting on the grounds of the Beverly Hills Hotel and Frank Sinatra on a palm tree-lined street to Michael Jackson laughing with Brooke Shields after a Grammy party and Paris Hilton in her closet, no era is overlooked. You even get to skim over the scandalous milestones thanks to a timeline at the end of the book.