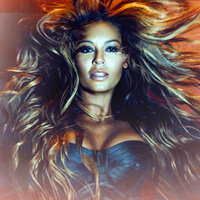 Share
Email
Facebook
Twitter
Pinterest
ReddIt
WHAT: Mel B, who anyone older than 30 probably knows as Scary Spice, will be the first musician to accept bitcoin for her work. You can spend the digital currency on her new single, “For Once in My Life,” which drops on Christmas Day.
VERDICT: Bold move. But Snoop Dogg (Snoop Lion? Snoopzilla?) quickly upped the ante by announcing he wants his next album to be delivered by Amazon drone. Your move, Beyoncé.
UPDATE 11:23 a.m.: At midnight Beyoncé did just. While you were sleeping the inimitable Queen B surprised everyone by releasing her fifth solo album without any advance warning. It came with 14 songs, 17 videos, and no promotion. (You can see 30-second previews of all the videos without paying $15.99 for the album.) Just in case you forget how to say her name, the album is titled (what else?) Beyoncé. Game, set, match.

Millions of Americans Are Unemployed. What Are Their Prospects for Getting Back to Work?

Less Than Half of L.A. County Residents Have Jobs Now, According to New Data