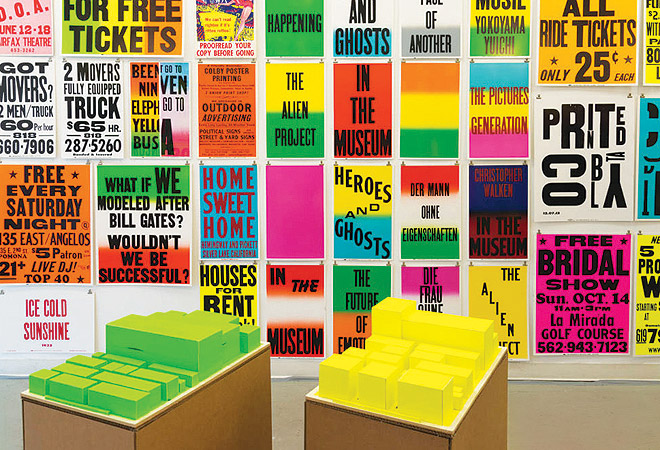 A couple of blocks away from where Larry Gagosian opened his first poster shop and the gallery where a young John Baldessari gaped in awe at Yves Klein’s monochrome prints, Bettina Korek is picking up where Westwood’s art history has left off. This month, as part of the Hammer Museum’s Arts ReStore LA project, she is transforming an empty Westwood Boulevard storefront into a temporary gallery titled Give Good Art. Korek grew up in Westwood and remembers its once-bustling, culture-conscious crowds. The gallery is her attempt to revitalize the street while also making art more accessible—a calling that she’s turned into a career.

“I had friends who would ask, ‘MOCA? LACMA? Which one is that?’ ” Korek says. “My goal was to help people find a way to add art to their lives.” In 2006, she launched ForYourArt, which began as a weekly e-mail list of happenings, from hole-in-the-wall gallery shows to museum retrospectives. In the last two years ForYourArt has staged a slew of events, from a food and art pop-up to creative fund-raising campaigns. At the Westwood gallery she’s reprising ForYourArt’s greatest hits—the objects from Banana Love, an exhibition that revolved around the fruit’s shape, along with the ceramic containers from the The Planter Show, inspired by LACMA’s Ken Price retrospective. The venture may confirm Korek as one of the premier ambassadors of L.A. art.