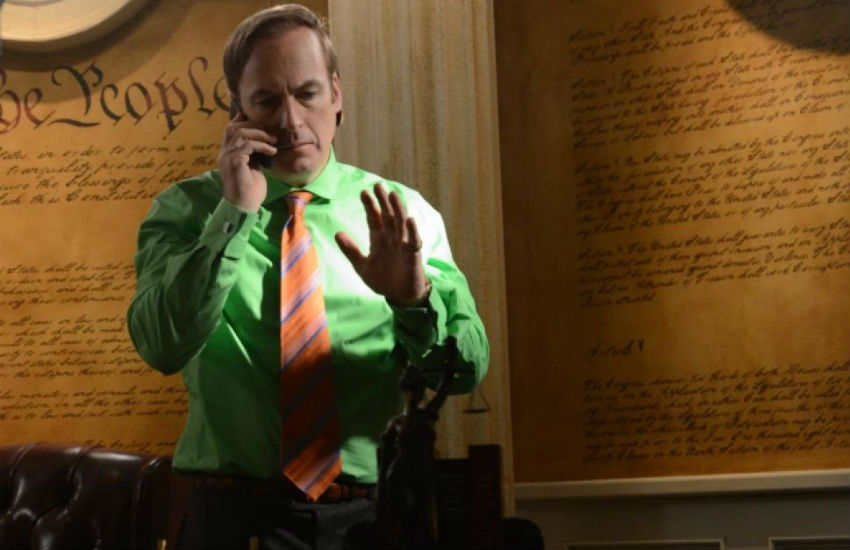 “If you’re committed enough, you can make any story work,” Saul Goodman tells his client, chemistry teacher turned drug kingpin, Walter White in Breaking Bad. “I once told a woman I was Kevin Costner, and it worked because I believed it.” Odenkirk’s comedy works the same way.

Odenkirk recently released his first solo standup album, Amateur Hour, featuring a set he recorded at NerdMelt (with a special bonus set by up and comer Brandon Wardell). With his Breaking Bad spinoff set to debut in February 2015, Amateur House is like catnip for those of us who yearning for “Better Call Saul” Goodman.

“Some people are immune to good advice,” as Saul would say, but we still think you should check out his best moments on Breaking Bad.

“Did the Academy hire you right out of the womb?” Saul is called in to help Jesse Pinkman’s dimwitted friend, Badger, who has been arrested for meth possession. The way Saul chides the unsuspecting young DEA agent is hilarious, but it’s the mix-up between Badger and one of Saul’s other clients that has us floored.

In the eyes of the IRS evading taxes is far worse than being a drug dealer. Saul gives Jessie a crash course in money laundry using pink nail polish to prove this point.

Whoever he has working PR (Yule finally putting that BA in Communications to good use?) has somehow managed to encapsulate Saul’s essence in a single ad. You instinctively trust a guy whose office wallpaper is the American constitution, right?

This deleted scene from season three is a hilarious moment between Saul and Walter White. After Skyler kicks Walt out of the house, Saul shows up to give the disconsolate meth kingpin a takedown for the ages. “This place stinks of pathetic bastard,” he says, trying to convince Walt to amp up the business they are both benefitting from although they’re under pressure from Gus Fring. As Saul puts it, “When somebody kicks you in the balls, you don’t chop your own arm off.”