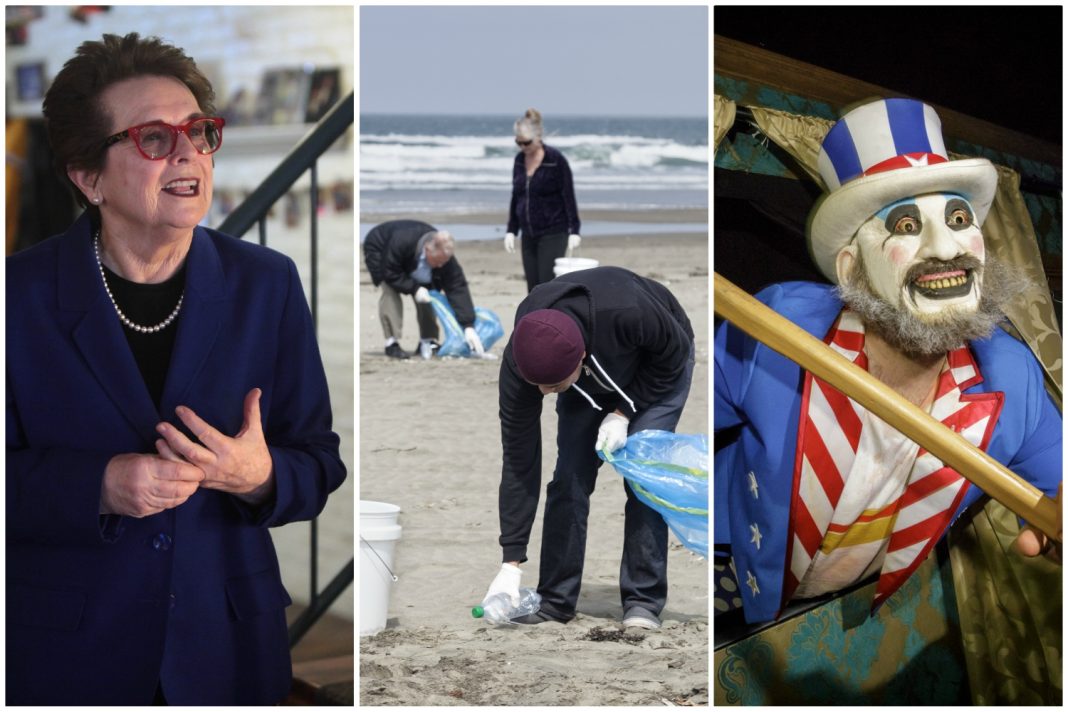 Monday is the first official day of Autumn, so time to make the most of the last weekend of summer. This weekend we’re checking out Kamasi Washington, rubber ducky races, a beach cleanup, and more.

It doesn’t quite feel like Halloweentime yet, but Universal Studios Hollywood is getting an early start and doing a scary good job of it. The annual terror-at-the-amusement-park extravaganza kicked off last weekend and continues through early November with original mazes and a bunch themed to movies and TV shows like Ghostbusters, Stranger Things, Creepshow, and campy ’80s classic Killer Clowns from Outer Space. Whatever you do, don’t skip the Us and House of 1,000 Corpses mazes—and definitely be prepared to look over your shoulder for the next week or so.

Kamasi Washington at the Theatre at Ace Hotel

Perhaps the biggest jazz star of his generation, Leimert Park native Kamasi Washington performs the second night of a two-night engagement at the Theatre at Ace Hotel. The saxaphonist-composer-producer-band leader spent the summer playing huge amphitheaters on a co-headline tour with Herbie Hancock; expect these shows to be a bit more intimate.

The City of Long Beach is naming its brand now, state-of-the-art library after tennis legend and equal rights activist Billie Jean King, and the Long Beach native will be on hand to speak at the opening celebration on Saturday, which also features food trucks, a ribbon-cutting, and activities for all ages.

A post shared by Delta Stewardship Council (@deltastewardshipcouncil) on Aug 12, 2019 at 1:57pm PDT

Hit the beach—to pick up trash and quell your “our planet is screwed” anxieties. Last year 13,464 volunteers removed 29.8 tons of litter from more than 70 sites across the county. This year’s efforts run from 9 a.m. to noon; go to healthebay.org/ccd to find a cleanup site near you.

When the emcee yells “Go!” a flock of toy fowl will float down the Pasadena museum’s model of the Arroyo Seco for a chance at a medal. Families wanting in on the fun will have to pay the $14-a-person admission, plus $5 for a race-approved bird from the onsite Busy Bee Learning Store. No souped-up duckies allowed.

Thanks to Smithsonian Magazine, a slew of SoCal museums are waiving admission on Saturday, including the Autry, the Wende Museum, the Grammy Museum, LA Plaza de Cultura y Artes, and the California African American Museum. Check their site for details and to download vouchers.

Condense your high-culture pursuits into one visit to LACMA, where three big shows open on the same day. “Every Living Thing” celebrates animals in Japanese art; “Betye Saar: Call and Response” examines the assemblage artist’s never-before-shown sketchbooks (above); and “Thomas Joshua Cooper: The World’s Edge” presents photographs of the Atlantic basin.

Check out crafts and killer views at this art market in Barnsdall Park this weekend when students and faculty of the Barnsdall Art Center gather to sell their handmade wares, from jewelry to housewares. Proceed support arts programming and education at the center.