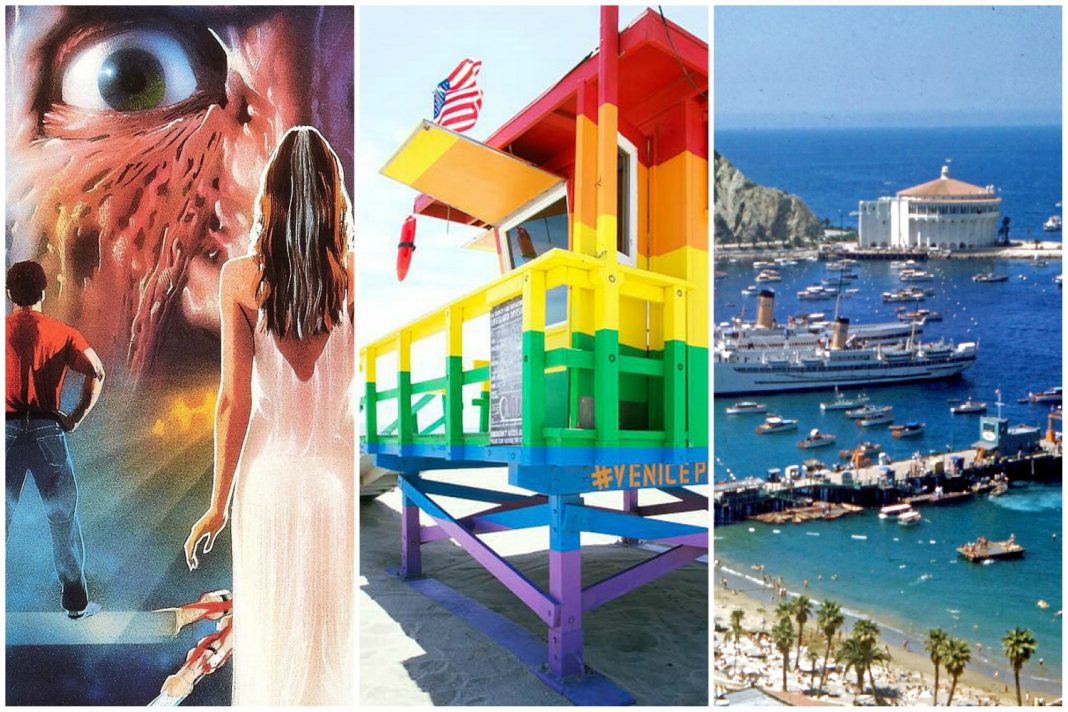 The short week flew by and we’re already gearing up for another weekend—not to mention the start of Pride Month. From a LGBTQ celebration by the sea to a vintage slideshow, island style, here are some of the best things to do in L.A. this weekend.

Bump in the Night kicks off its monthly Summer Slasher series of screenings with that one Freddy Krueger movie that starred Patricia Arquette at Los Feliz 3. And, hey, midnight movies are a great way to stay awake to Freddy won’t get you.

It’s Pride by the seaside at this quirky Venice celebration. The centerpiece of the celebration is a free public block party featuring the ceremonial lighting of the iconic VENICE sign that hangs across the intersection of Winward and Pacific in rainbow colors.

On two Saturday nights in June (the next is June 15), local public radio station KCRW takes over the courtyard at One Colorado in Pasadena for outdoor concerts with emerging L.A. artists and the station’s own DJs. This Saturday, check out “romantic funk” act Harriet Brown and DJ Garth Trinidad. The Summer Nights series makes its way around the city (on various nights) throughout the season, from Chinatown to Long Beach to the station’s very own HQ (check all the dates and locations here).

Smorgasburg At the Pier

Westsiders’ delicious dreams come true when dozens of the ROW DTLA food fair’s vendors set up on the Santa Monica Pier (expect everything from tacos to burgers to ice cream). Pro tip: Skip the drive—and thus the parking—by taking the Expo Line.

Music for Soul of a Nation

As a supplement to the Broad’s Soul of a Nation: Art in the Age of Black Power exhibition, producer Quincy Jones and musician Terrace Martin curate an evening of tunes inspired by the artists in the show. Jones acts as emcee, meaning you can expect a story or two from his storied career.

Heading to Catalina this weekend? Americana king Charles Phoenix sets sail for Avalon and he’s bringing a slew of vintage slides with him. In the two-act visual presentation, Phoenix looks back at the island’s “classic landmarks, legends and lore”—including a Catalina-shaped swimming pool apparently? And it all goes down in the classic surroundings of the Avalon Casino Theatre.

RELATED: Your Guide to Pride Month in L.A.