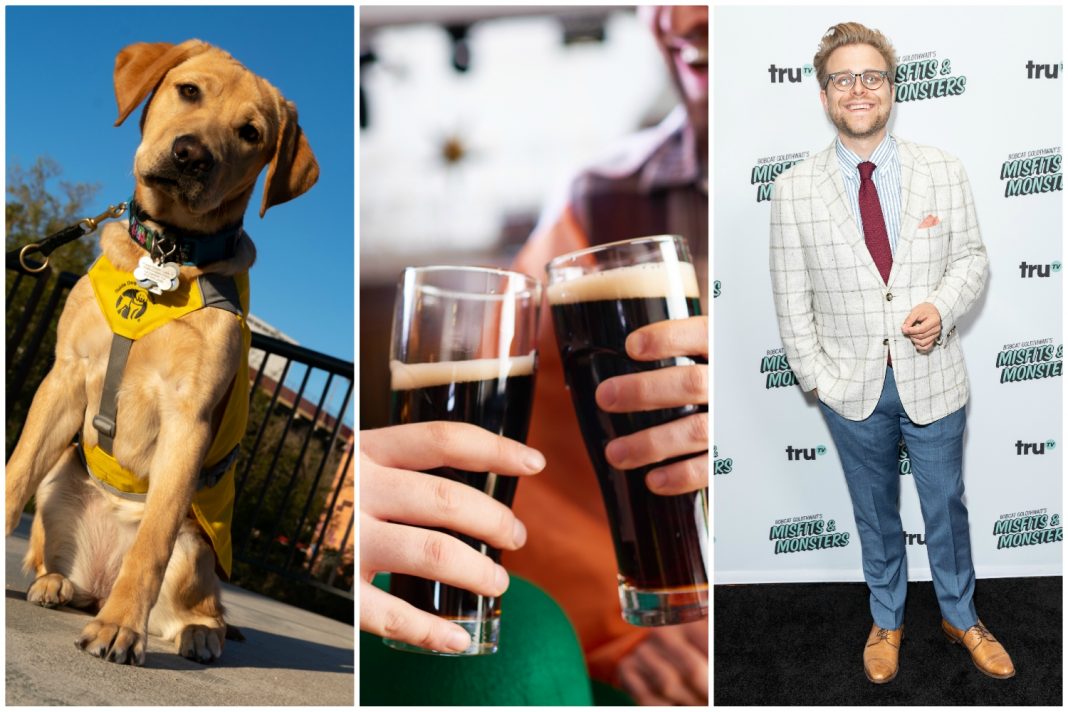 It’s the weekend green-beer-swilling maniacs take to the streets, but don’t let that stop you from checking out some of the good stuff going on in L.A. From a massive TV fest to, yes, swilling green beer alongside fellow maniacs, here are the best things to do in L.A. this weekend.

The Golden Age of television barrels onward, and this celebration of all things small screen is here to track it. This year’s shindig promises sneak-peek episodes and panel discussions with the casts of The Marvelous Mrs. Maisel, Rupaul’s Drag Race, and Crazy Ex-Girlfriend. If there’s one can’t-miss event, though, it has to be Parks and Recreation’s ten-year anniversary reunion.

A post shared by California Science Center (@californiasciencecenter) on Feb 6, 2019 at 10:07am PST

If hell is other people (yeah, I’m misusing a Sartre quote—don’t @ me), then heaven is dogs. On Saturday, Dogs! A Science Tail opens at the California Science center. The exhibit features a demonstration space where service and companion dogs can show their stuff, a mock archeological dig on the human-canine connection, a Jeopardy!-style trivia game, and more fun, hands-on ways to learn how dogs went from wild animals to man’s best friend. Sorry, inquisitive pooches—the exhibit is open to humans only.

Adam Conover—the Adam who ruins everything on the TruTV show Adam Ruins Everything—has made a cottage industry of explaining the world to hapless TV viewers. In his new stand-up comedy/science show, he takes the pursuit IRL, specifically to explore “everyday mechanists that influence our conscious and subconscious mind every waking hour…from advertising to alcohol to algorithms.” Who says comedy can’t be educations.

It was a long, chilly winter, but we’re ready to get outside again. This two-day fest at the Natural History Museum has live animals like falcons and opossums, scientist on the scene to answer your burning questions about nature, and nature-centric arts and crafts.

No, we don’t dye our river green or have a gazillion-year-old parade, but Angelenos are as stoked as anyone to have an excuse to knock back a few pints of green beer. There’s all sorts of ways to celebrate an old Irish guy who chased off snakes or some shit! L.A.-bred Celtic punk band Flogging Molly is playing the Palladium; Casey’s Irish Pub in DTLA is hosting a street festival with green beer, Irish whiskey, and food specials starting at 6 a.m. (wow); or you can join a six-hour (wow) bar crawl through downtown. If you’re really dying for a Guinness and some corned beef and cabbage, but don’t want to contend with the crowds, you could always visit one of these places on Monday (or any other day).