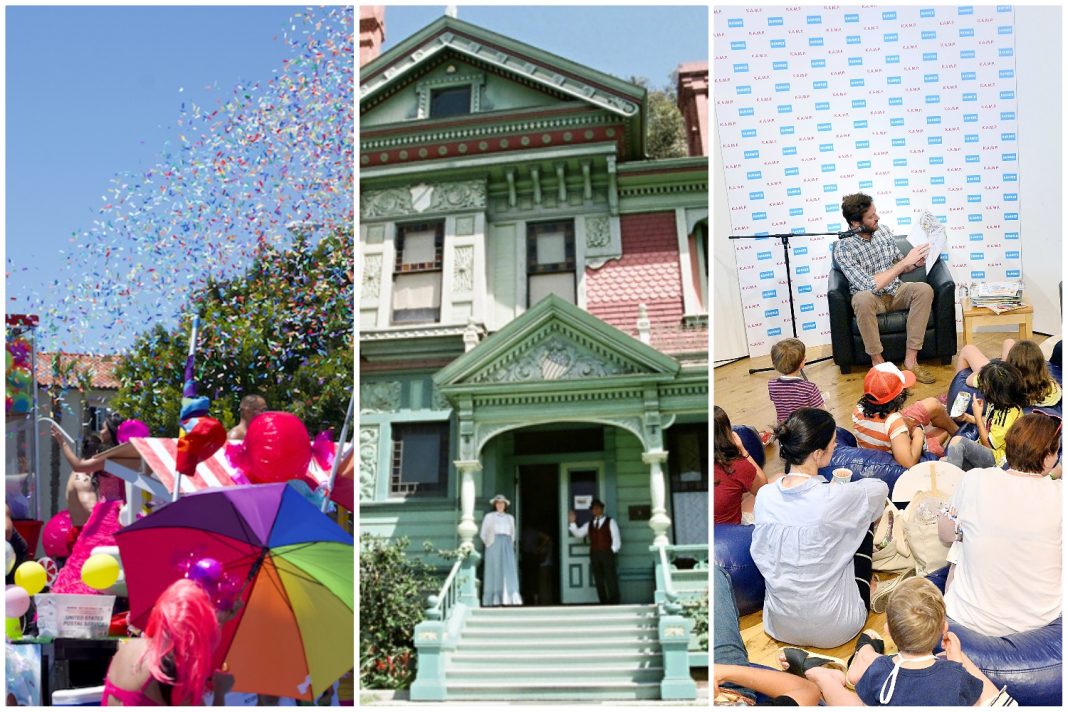 Another May weekend full of fun stuff to do. Here are our picks for the best things to do in L.A. this weekend.

If you go searching around the internet for video of past editions of Pop-Up Magazine’s touring show, you’re going to come up empty handed. To enjoy the live periodical you actually have to be in the audience—and once that issue is done touring, it’s gone for good. On Friday, they unveil the Spring Issue—featuring writer Mallika Padma Rao, stand-up comedian Mohanad Elshieky, KQED reporter Sam Harnett, and others—at the Theatre at Ace Hotel.

He’s still rebounding from tendonitis, but superstar pianist Lang Lang joins the L.A. Phil for two performances of Beethoven’s first-written (but second-published) concerto. Completists can catch concertos Nos. 1 and 3 on May 18, while Nos. 4 and 5 get some love on the 23 and 24, each with different piano virtuosos on the bill.

Pride Month doesn’t roll around till June, but Long Beach just isn’t willing to wait. This weekend-long fest has four stages of entertainment—catch everything from sissy bounce queen Big Freedia to country singer Brandon Stansell—and culminates in a parade in Sunday. (It may literally rain on their parade, so bring an umbrella.)

Angela Dimayuga, the Standard creative director of food and culture, hosts this “pot luck-style” party at the hotel’s downtown location. Expect food from great local chefs, mahjongg games, and music that throws back to the garage parties of Dimayuga’s 1990s youth.

NOTE: The Cuban American Music Festival has been postponed till Sunday, June 30 due to forecasted rain.

Museums of The Arroyo Day

Stoke your kids’ creativity at this inventive to-do at the Hammer Museum, where architects, musicians, and painters lead hands-on workshops. A-listers like Sofia Vergara and Armie Hammer are on tap for story time, too.