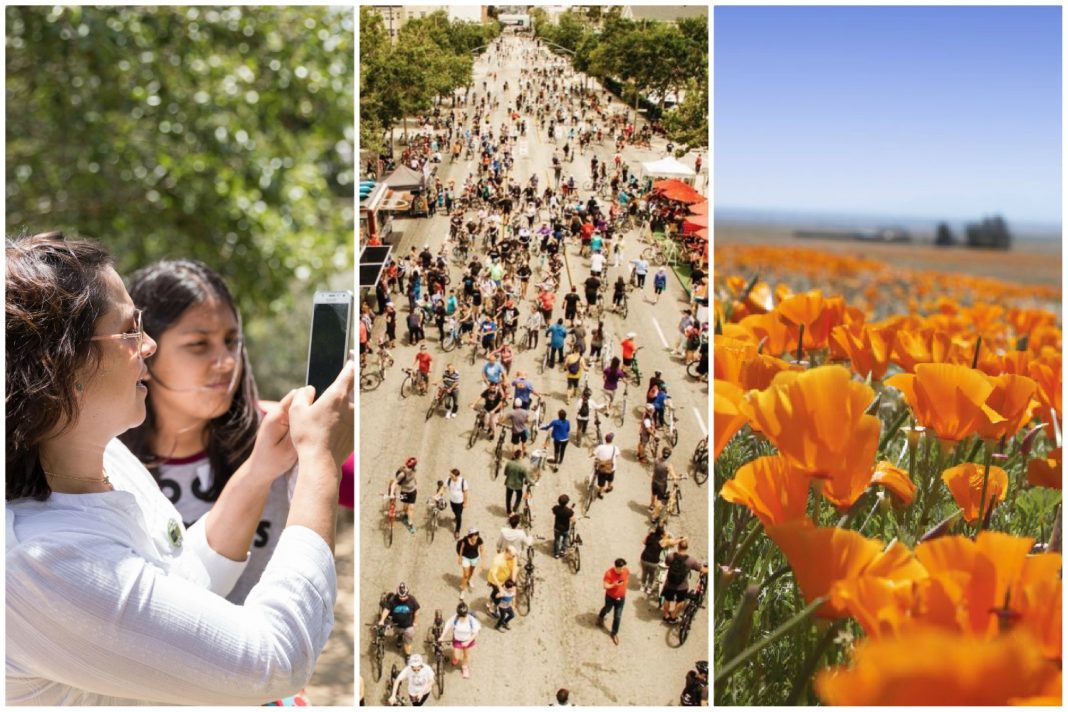 Spring is here and the air quality ain’t great but the weather sure is. Here’s a bunch of the best stuff to do in L.A. this weekend.

NYC performance artist John Kelly takes the stage at REDCAT with his “live memoir” Time No Line, using journal entries to revisit his experience of both the arts scene and AIDS epidemic of the 1980s in order to tap into a shared cultural experience and subvert “cultural amnesia.”

For the fourth year running, L.A. is going head to head against more than 150 cities to see which one’s citizen scientists can find the most nature. Starting at 12:01 a.m. on Friday, you can start capturing images of all the nature—flaura or fauna—you encounter around you. Upload your findings to the iNaturalist app or tag the images #NatureinLA on social to be counted. San Francisco won last year—don’t let it happen again.

Local Latino/a homebrewing org the SoCal Cerveceros is celebrating four years of concocting bitchin’ brews with a beer fest at LA PLaza de Cultura y Artes. More than 50 homebrewers are pouring a dozen styles of beer, from Saisons to IPAs. Scarlett and the Fever, Tropi Corillo, and others bands perform live, and Latin food vendors including the Goat Mafia and East L.A. BBQ Co. will be on hand.

Like surprises? And jump scares? Dynasty Typewriter is hosting this 12-hour marathon of ’90s horror movies, all presented on film, as god intended—and they’re not revealing what movies will be screened until they’re ready to be loaded onto the projector. Screenings start at 2 p.m. and kick off with a potluck at 1:30.

A post shared by California Poppy Festival (@californiapoppyfestival) on Mar 31, 2016 at 7:30pm PDT

Extend your Earth Day celebration at Lancaster’s Sgt. Steve Owen Memorial Park, where hill after rolling hill is covered with our stunning state flower. Snap a colorful pic for the ’Gram before indulging in food and live music.

Georgio’s at the Globe Theatre

KCRW and Giorgio’s founders Bryan Rabin and Adam Bravin bring the Sunset Strip nightclub to DTLA for a night of live performances featuring Holy Ghost!, Dita Von Teese, Cerrone, Lady Bunny, and Adam 12. GA tickets are $45—or you could splurge and drop $4k on a VIP balcony for ten. Up to you.

Grab your bike (or skateboard or running shoes) and hit the streets of the South Bay. This month’s CicLAvia carves a closed-streets path through Wilmington from Banning Park to Wilmington Waterfront Park. Go enjoy the outdoors without cars from 9 a.m. to 4 p.m.