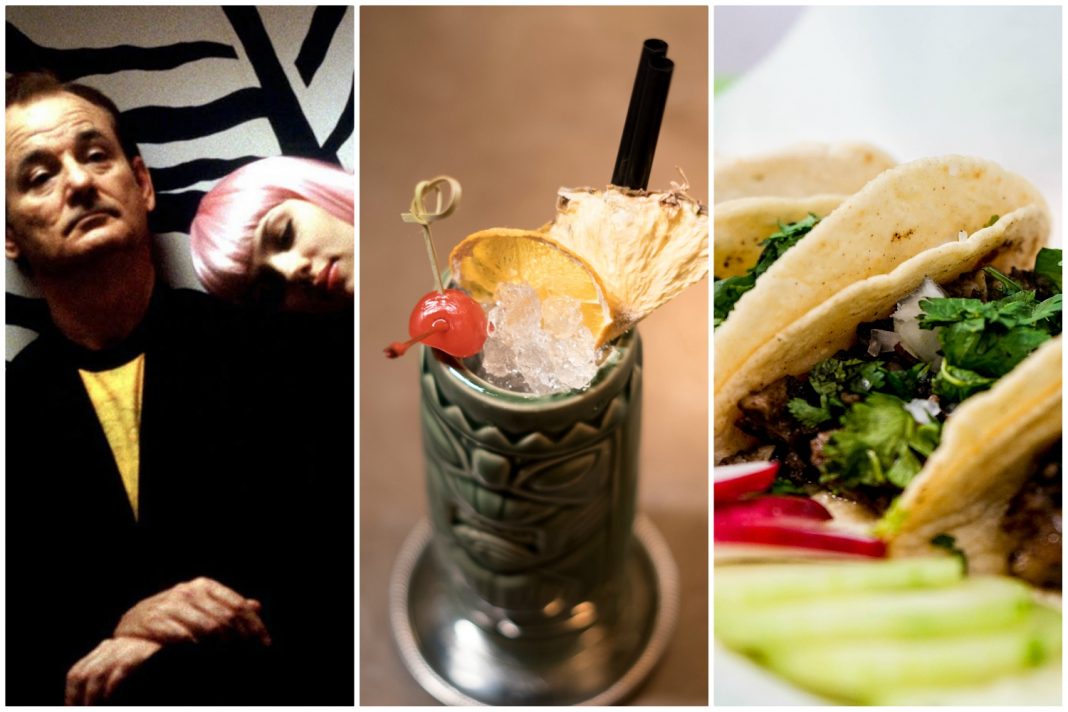 From a tiki extravaganza in OC to a taco fest downtown, here are our picks for some of the best weekend events L.A. has to offer.

Sophia Coppola’s 2003 charmer about two strangers who meet in Japan is all the more charming on the roof of LEVEL in downtown L.A. They supply the headphones and lounge chair, you just chill under the stars.

The Heritage Museum of Orange County hosts this tiki-culture wonderland, featuring tiki art, tiki vendors, and—duh—tiki drinks. The Hula Girls, Big Poi Combo, Tiki Tronic, and Ukulena provide the entertainment. Throw on something in a floral print and head to the South Pacific by way of Santa Ana.

Stuff your face with freshly baked bread at Grand Central Market’s fifth annual Bread Festival. Besides vendors selling baked goods—which include Fermentality, Just What I Kneaded, Pop’s Bagels, and many more—the fest offers a full-day of bread-centric programming, including a babka-making demo with Elizabeth Belkind of Cake Monkey and a cinnamon roll workshop with John Pitblado of the Gourmandise School.

The Pride parade and festival in downtown Santa Ana on June 22 is the largest in the O.C., complete with multiple stages of live entertainment, including one stage which is always dedicated to Spanish-language and Latinx performances. In addition to that main event, there are additional events through the month, including partnerships with the Angels and O.C. County Fair.

One of only 15 people to have won an Emmy, Grammy, Oscar, and Tony, John Legend performs at the Hollywood Bowl with an orchestra and fireworks, not to mention hour after hour of his smooth-as-silk hits. The season powers on with performances from Chromeo (June 16) and the ultimate ABBA tribute band (June 30).

If you have a cool dad who’s into collecting LPs, head to Smorgasburg for its third-Wednesdays Record Fair. Thumb through crates and sip a beer in the I Love Micheladas Beer Garden, while listening to tunes spun by dublab DJs.

RELATED: Where to Get Food from the 24 Women’s World Cup Nations Right Here in L.A.