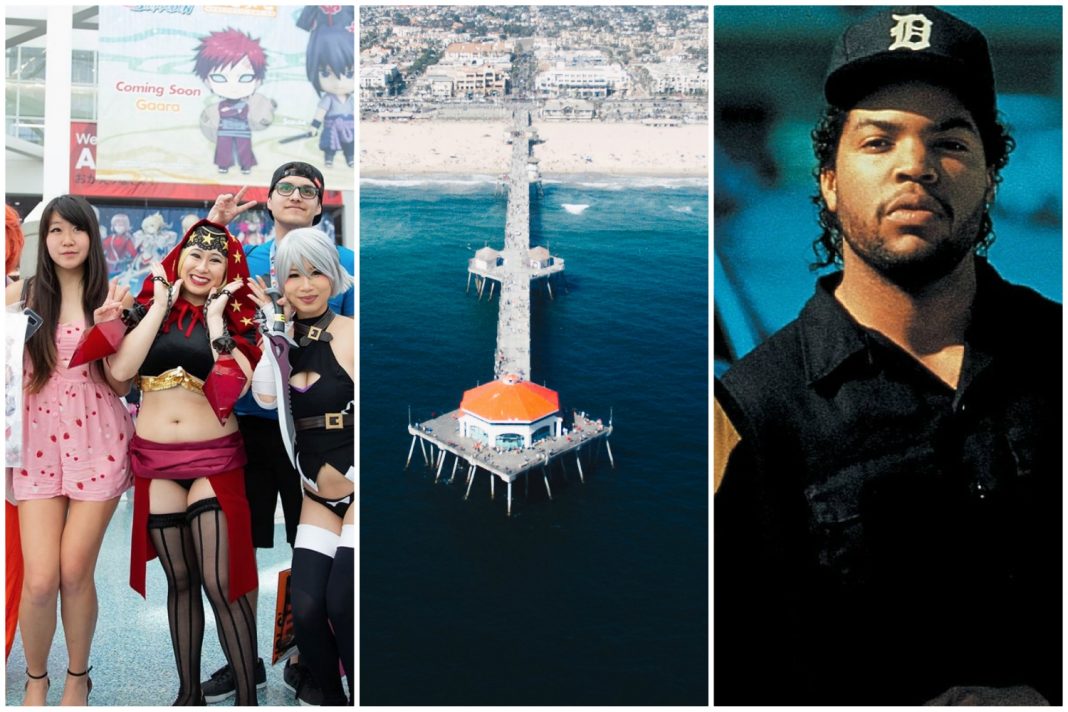 Independence Day falls on a Thursday this year, which means the lucky among us have a four-day weekend in store. We already rounded up the best places to catch the fireworks on the Fourth, but here are some other ways to spend the rest of the long weekend.

In Huntington Beach, one day isn’t sufficient for celebrating American Independence, so they stretch the party out over three days. Head to Pier Plaza next to the Huntington Beach Pier for three days of food vendors, entertainment, activities, and all manner of patriotic shenanigans.

Comic-Con is just weeks away, but people specifically interested in Japanese pop culture will fill the L.A. Convention Center to its gills this weekend for Anime Expo. Expect fan panels, celeb appearances, premieres, and lots and lots of cosplay.

Silver Lake Picture Show, a series of free outdoor screenings at Sunset Triangle, celebrates the life of recently deceased director John Singleton with a showing of his masterpiece Boyz n the Hood. Screenings are BYOC (bring your own chair…or blanket or whatever).

It’s been 24 years since Great Britain’s Royal Ballet danced on an L.A. stage, and they’re celebrating their triumphant return with a pair of back-to-back shows at the Music Center. First up, running Friday through Sunday, is Kenneth MacMillan’s Mayerling, which tells the story of the deaths of Austro-Hungarian Crown Prince Rudolf and his teenage mistress in 1889, which sounds like true late-19th century tabloid fodder. Next weekend they’re back with Adès & McGregor: A Dance Collaboration.

Everything Is Terrible! the Store Opening Party

Found footage collective Everything Is Terrible! has built its empire from the detritus of the past, old VHS tapes in particular. And lots and lots of old copies of Jerry Maguire (they recently hosted a pop-up video store that only carried copies of the 1996 rom com). They’re first retail location opens in East Los Angeles on Saturday with immersive installations, DJs, photo booths, and more.

The voice of the Pretenders makes her Hollywood Bowl debut with a full orchestra. Expect Hynde to unleash her swagger on such classics as “Brass in Pocket” and “Back on the Chain Gang.”

Racing pieces of wood might not sound terribly thrilling, but Golden Road’s pinewood derby will prove you wrong. Back for a second year, participants build cars using a block of wood, wheels, axles, and a Golden Road beer can and then gather to see which is the zippiest (with no additional propulsion). Cheer on the racers or build a car and race for a chance to win free beer for a year.

Whittier art and jewelry store Casita del Pueblo celebrates legendary Mexican artist Frida Kahlo with a display of Frida-themed objects by more than 50 artists. And who can resist a Friday dress-up contest?