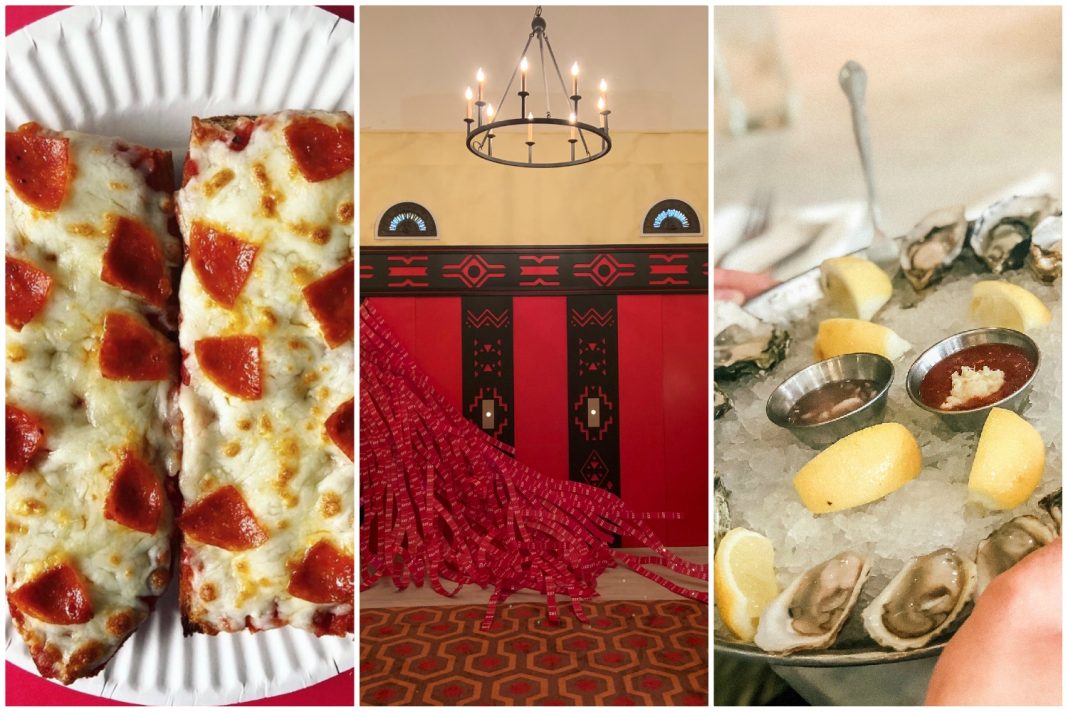 Another L.A. weekend, another chance to have a load of fun eating, drinking, and taking selfies. Here are our picks for the best things to do in L.A. This weekend

English Beat and General Public vocalist Ranking Roger, aka Roger Charley, passed away last week at 56, and Rude Boys and Girls the world over are mourning. At Bar Henry in Echo Park, DJs Rose and Dorian honor the two-tone legend with a tribute night.

Billed as Star Trek meets Avenue Q meets Trump, this Fringe Festival award-winning musical and its political antics earned an extended run at Second City Hollywood. In a scenario that can only be described as otherworldly, the show takes place 400 years in the future and follows a human race that, as a result of No. 45’s tenure, is in need of a new planet. (Also April 12, 19, and 26.)

Finally, horror fans get the ‘Gram trap they’ve been thirsting for. At the Desmond on Wilshire, artists and craftspeople with a dark streak created a series of immersive environments themed to five horror classics, modern and otherwise: Beetlejuice, IT (the movie, not the miniseries), The Shining, A Nightmare on Elm Street, and The Lost Boys. The Beetlejuice rooms are especially amazing.

Having brunch at the Standard downtown just got a little more fabulous. Bewigged beauties Maebe A. Girl and Indica Sativa host the hotel’s new Wigs & Waffles Drag Brunch, which features all you can eat breakfasty foods and, more importantly, all-you-can-drink bloodies and mimosas.

As part of a brief North American tour, singer-songwriter González stops by the Los Angeles Theatre for a pair of shows, accompanied by his talented pals from Gothenburg, Sweden’s String Theory collective.

Food writer Karen Palmer’s pizza pop-ups are creating buzz all over the city, thanks to a combo of nostalgia and our collective love of bready things. Palmer specifically serves French bread pizzas like the ones Stouffer’s makes, except they’re constructed on Bub & Grandma’s bread and weren’t nuked in the microwave out of impatience. On Sunday, Pain pops up at LA Wine in Chinatown, where owner David DeLuca will pair the pizza with Bitburger German Pilsner and Lucas & Lewellen rosé.

The iconic company brings four programs to the Dorothy Chandler Pavilion in celebration of the big 6-0. Each performance offers an embarrassment of riches, with choreography by the likes of hip-hop star Rennie Harris and scores by masters such as avant-garde composer Max Richter. You can’t go wrong no matter which show you choose.

Besides being located in one of the most beautifully restored buildings in Los Angeles, Imperial Western Beer Company serves oysters and house-brewed beer and has shuffleboard tables (it’s basically heaven at Union Station). On Sunday, the brewery/restaurant is hosting its first-ever oyster eating competition. Costs just $25 to buy in for the chance to win $100—not to mention the belly full of shellfish. It’s a win no matter how you shuck it.

RELATED: Expect Trump-Related Protests Around L.A. on Thursday and Friday