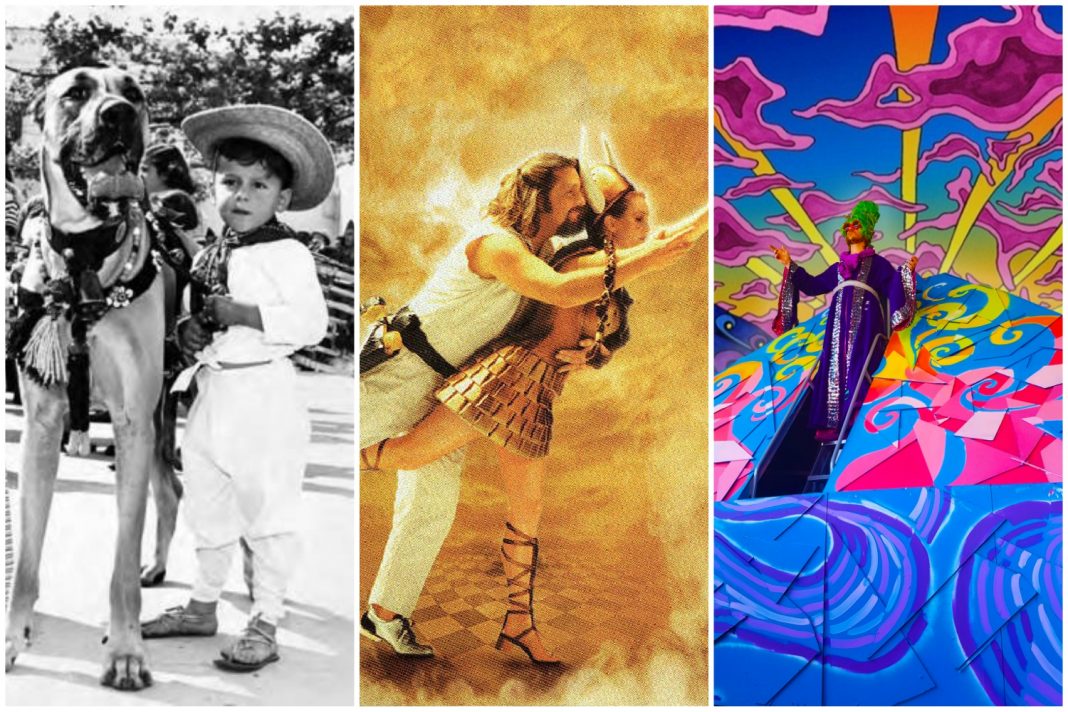 Passover, Easter, and 4/20 collide this weekend, which is great news for stoners who like hard-boiled eggs and matzo. Here’s our roundup of the best things to do in L.A.

The revival of William Finn and James Lapine’s Tony Award-winning, neurosis-infused musical—about a gay New Yorker who leaves his wife and son for his lover during the AIDS crisis—makes its way to the Ahmanson. We won’t spoil anything, but trust us: It packs a one-two punch that’ll hit you right in the feels.

A post shared by Kaleidoscope Experience (@kaleidoscope_experience) on Apr 16, 2019 at 12:03pm PDT

This so-called “whimsical playground for adults” doesn’t outright say it’s for people looking to get stoney for 4/20 eve and 4/20 day, but the writing is on the blacklight-lit walls. The pop-up features a giant pillow fort, up-close magic, a free-play arcade, a cover band playing Pink Floyd and Led Zeppelin, and, if you upgrade to the “munchies package,” all-you-can-eat tater tots.

Blessing of the Animals

According to Don Bluth, all dogs go to heaven, but really you can’t be too careful. Bring your pooch (or cat or goat or hamster) to Olvera Street for the annual Blessing of the Animals. The Archbishop of Los Angeles, Jose Gomez, leads a colorful procession through the oldest part of DTLA, and all pets are welcome. The blessing ceremony takes place from 2 to 3 p.m., but there’s entertainment for two- and four-legged creatures from noon to 4.

If you’ve heard Ice Cube rap about having a good day on L.A. radio, chances are you were tuned to classic hop-hop station 93.5 KDAY. For the tenth year running, the terrestrial cultural touchstone presents a very nostalgic night at the Forum featuring Ice Cube, Bone Thugs-N-Harmony, Mack 10, Warren G, Too Short, Tha Dogg Pound, and more. Why celebrate 4/20 when you could celebrate 1994 4/20?

Enjoy an evening with pop-culture’s most beloved SoCal stoner, Jeffrey Lebowski, on the roof at LEVEL in DTLA. Rooftop Cinema screenings feature lounge chairs and you can upgrade to bottomless popcorn.

Some 25,000 people are expected to traipse through Descanso Gardens’ Boddy House—a Hollywood Regency-style manse built in ’38 for newspaperman Manchester Boddy—during its tenure as this year’s home and garden tour site. Once you’re done ogling the architecture, head to Descanso’s Maple restaurant for bread pudding.

Where to Get Food To-Go for Passover During the Pandemic

We Tasted Every Weird, Unholy Flavor of Peeps