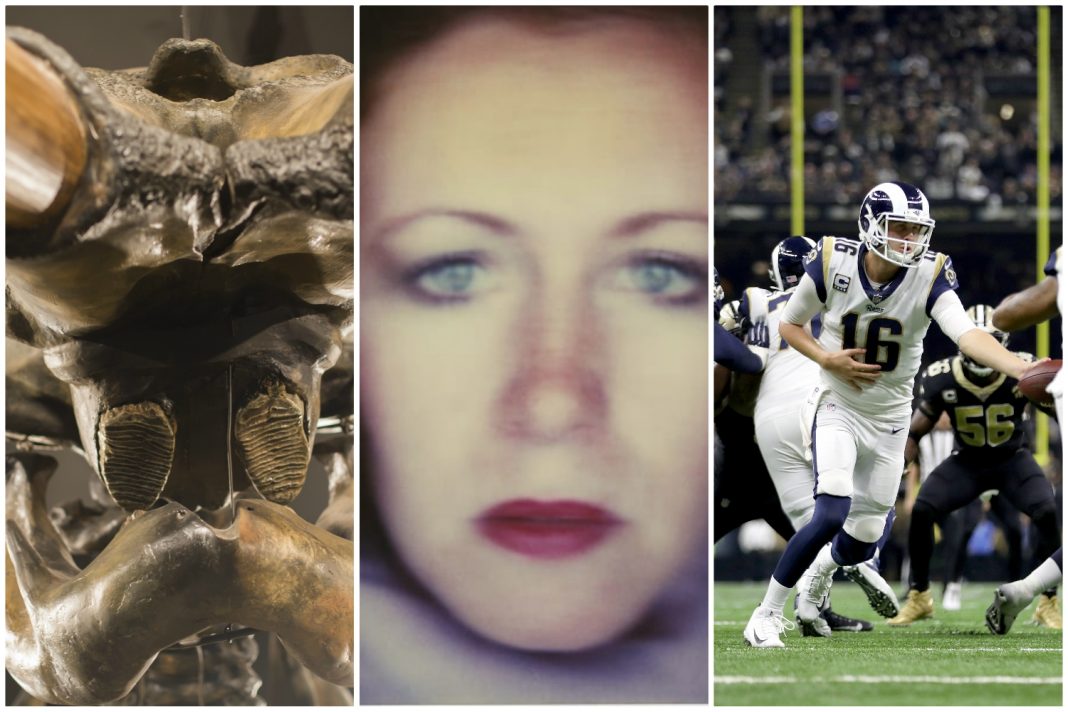 Yeah, we’re ready for Super Bowl Sunday to hurry up and get here too, but there’s still a couple more days and plenty of good shit to do. From a horror doc to a puppet show (and, yes, the big game) here are the best things to do in L.A. this weekend.

Based on the book of the same name, this new doc—produced by horror streaming service Shudder—details the history of black horror and the role that African Americans have played in the genre. Talking heads include Jordan Peele, Tony Todd, and Keith David. It screens at the Egyptian at 7:30 p.m.

When Puppets Are Your Only Friends

Formerly hosted at Bob Baker Marionette Theater, Molly Fite and Jared Ramirez’s puppet-fueled variety show has found a new home at Dynasty Typewriter in Westlake. The show, which features marionettes from Bob Baker, is the dose of nostalgia we need right now.

Art galleries (65 of them to be exact) descend on Barker Hangar in Santa Monica for this annual photography bonanza. There’s also a slew of photo-centric events going on throughout the weekend, including docent-led tours of local museums, artist talks, and a screening of Under Fire, a documentary about soldier/photographer Tony Vaccaro with Vaccaro in person for a Q&A.

French choreographer Bel bucks convention with a show that puts pros and amateurs on the same stage. The point? To embrace performers of mixed abilities, genders, and generations. The result? A totally unique celebration of individuality. See for yourself at downtown’s Theatre at Ace Hotel.

If seeing more art was part of your New Year’s resolution, first of all, we get it. Second, good news: For two days, more than 40 museums—including the Broad, California Science Center, LACMA, and MOCA—invite you to take a gander, gratis. Use the Metro Trip Planner at socalmuseums.org to make your gallery hopping as efficient as can be.

It’s safe to say that every TV in every bar/restaurant in L.A. is going to be tuned in to the big game on Sunday (I am referring to the Super Bowl, in which the Los Angeles Rams are competing, just so we’re clear). Or you could watch it on a really, really big screen. The W Hollywood is hosting a Super Bowl viewing party replete with drink and specials (think: a cocktail called the Horns and a Hollywood street dog smothered in bacon and onions), plus a 30-foot screen, all at its outdoor restaurant, the Station. The party starts at 3:30 p.m. and goes till the Rams walk away with the trophy (fingers crossed).

RELATED: We Need to Talk About This Wild 1980s L.A. Rap Song