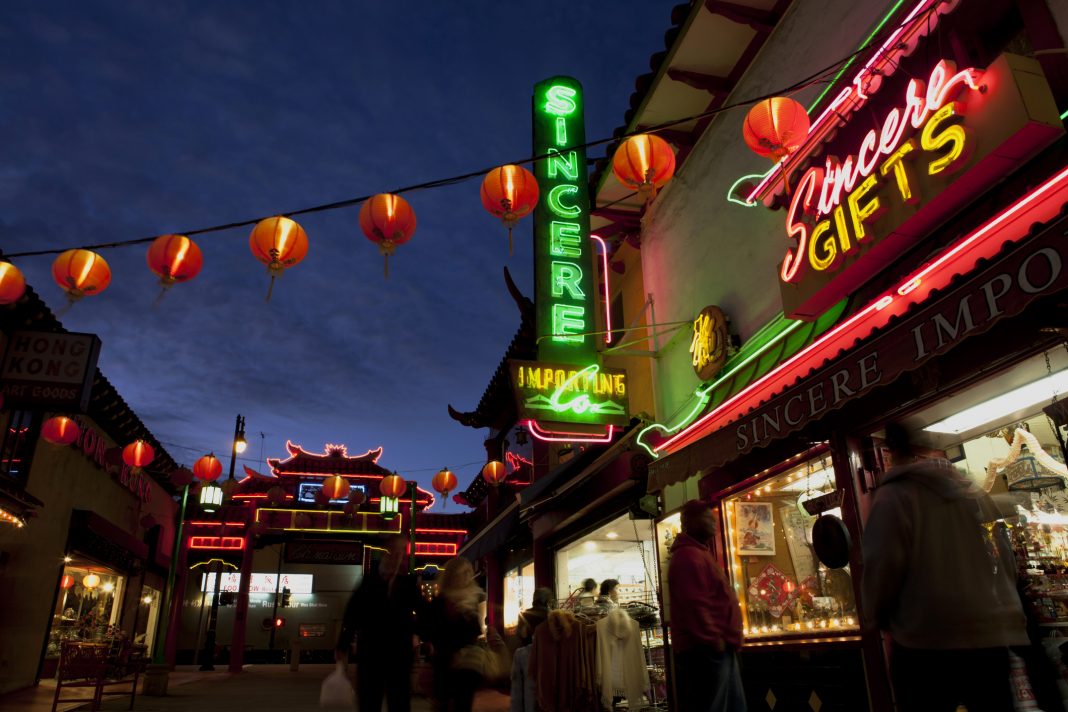 There’s a never-ending supply of fun stuff to do every weekend in L.A. Let our list of the best weekend events be your guide.

Catch a 25th anniversary screening of the OG Jurassic Park movie on the P3 parking level of the Petersen Automotive Museum (we can only hope everyone’s boyfriend, Jeff Goldblum, will be in attendance). Costumes are encouraged, and word on the street is that four Jurassic Park-themed cars will be on site—if you happen to own one of those, by the way, your parking will be free.

The Triforium is a curious, six-story tall sculpture in DTLA that, when it was built in 1974, was intended to function as a giant instrument of light and sound. It fell out of use years ago and has sat largely dark and silent. It comes back to life this fall with a series of free “polyphonoptic parties.” This week’s event features Reggie Watts, Jherek Bischoff, dublab DJs, Bob Baker Marionette Theater, and even a “scent activation” by the Institute of Art and Olfaction.

When Shana Knizhnik started the Notorious RBG Tumblr back in 2013, she had no idea it’d explode into a viral meme that would in turn spawn a best-selling book and subsequently become a museum exhibition. Head to the Skirball for the opening weekend of an exhibition dedicated to the life and times of Supreme Court justice Ruth Bader Ginsburg.

Why watch King James crush other basketball players’ dreams on a normal TV when you could watch him do so on one that’s 30 feet tall? The Station at the W Hotel in Hollywood will be projecting James’ first home game with the Lakers onto a giant screen starting at 7:30 p.m. There’ll be Lakers-themed food and drinks, including the 4 Point Play (mini donuts covered in Fruity Pebbles, one of James’ fave cereals), and any fan donning Lakers gear can enter to win a free overnight stay at the hotel (complete with a $100 food and beverage credit).

The lineup is secret, but one thing’s not: This session comprised completely of ’80s horror and cult franchise sequels is one of the best ways you could ever spend 12 consecutive hours of your time (2 p.m.-2 a.m.). Expect to see six flicks, some where a “beloved franchise hit its peak,” others where the series “got rrrrrrrreal loose in the best way possible,” per the cinephiles who curated this shindig.

Do you like eating food made by L.A.’s most prolific chefs? How about booze and beer gardens? Giraffes? Sunshine? Picturesque scenery? Cool, us too. Make tracks for Saddlerock Ranch to sample eats from restaurants like Eataly, Ma’am Sir, Gwen, Wolf, Dama, and so many more while strolling the ranch’s gorgeous Malibu grounds.

Chinatown’s Chung King Road is transformed into a bookworm’s wonderland for the third year of A.G. Geiger’s art book fair. Stop in between 1 p.m. and 7 p.m. to peruse zines, books, and more from a crew of mostly West Coast-based artists, presses,
and independent publishers (Hat & Beard, Sugar Press). Local artists like Kiss My Neon will be exhibiting, too.