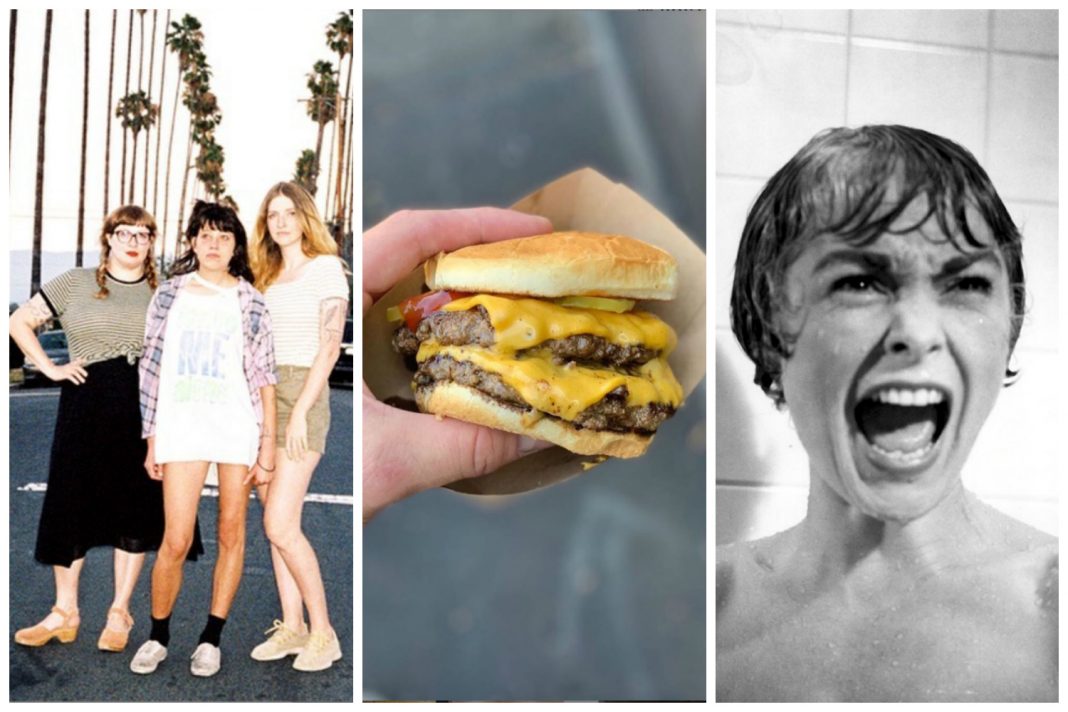 Get into the Halloween headspace with this screening of all-time suspense classic Psycho. Melrose Rooftop Theatre, nestled atop E.P./L.P. in West Hollywood, offers a chance to watch the flick with a view.

Step behind Sunset Boulevard’s iconic Elliott Smith memorial mural and enter a one-night burger paradise. Instead of Ma’am Sir’s usual menu, the fare will be coming from BURGERDADDY, a smashburger side project of Standing’s Butchery.

Comedian Esther Povitsky, also known as “Little Esther,” has appeared on Crazy Ex-Girlfriend and co-created Alone Together. Tonight she tapes a stand-up special for Comedy Central, in front of a live audience at Dynasty Typewriter.

Werk It: A Women’s Podcast Festival

New York public radio station WNYC hosts this two day festival at the Theater at Ace Hotel in DTLA. Among the sessions is a live taping of Hear to Slay featuring Roxane Gay, Tressie McMillan Cottom, and guests.

Vivian Girls at the Regent

Vivian Girls had a great run as a band back in the mid-aughts, but in 2011, the trio called it quits. Two members moved to L.A., one to New York City, and all went on to start a bevy of new projects. Now, after eight years apart, the group is back together with richly textured new music.