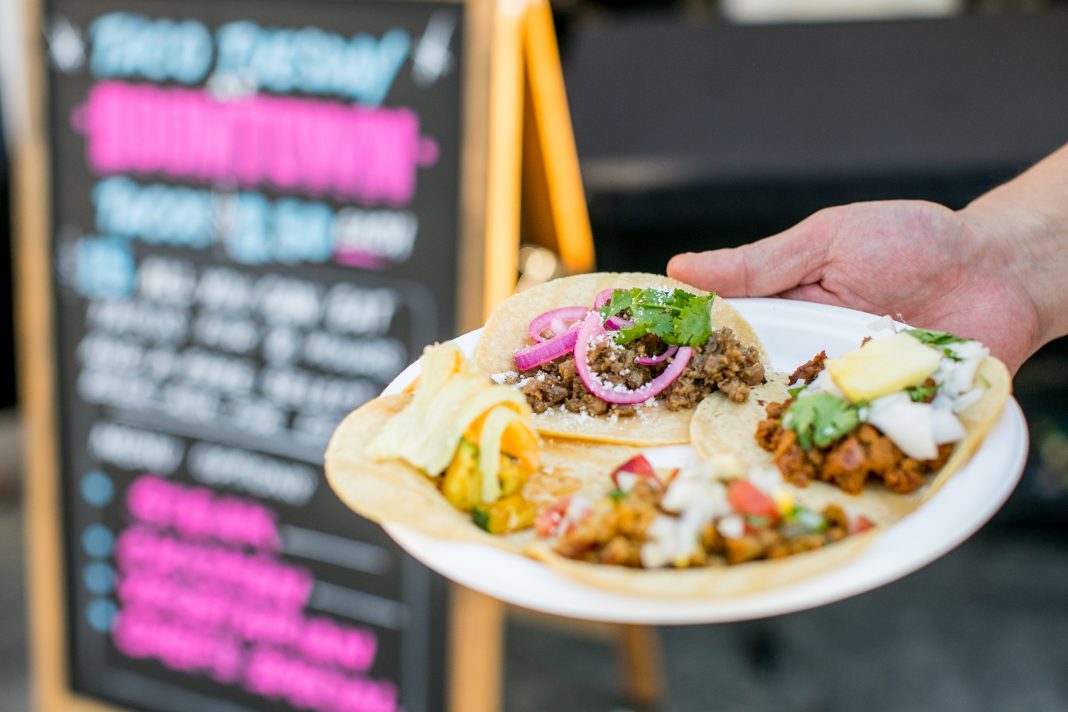 Mixed Feelings, the events team behind stylish, diverse events around L.A. (including the recent Festival of Extraordinary Women at CAAM) presents a night of free live music at Skybar the Mondrian. For this edition, they host L.A.-based Vincint, who’s soulful pop sounds might be familiar to viewers of The Four; he was a finalist on the reality show’s recent season.

Amble over to Boomtown Brewery in the Arts District for their weekly summertime Taco Tuesday party. A $15 cover gets you all the tacos you can eat from a pop-up by Chef Alan Matheus (formerly of Puertos Del Pacifico); typically including steak, chicken, al pastor, and squash blossom options. Beers are discounted, the Dodgers game will be on the big screen, and your Tuesday night will never be the same.

The long-running Low End Theory night is in its final weeks, and friends of the experimental scene that was nurtured there have been showing up to make sure the last few shows go out with a bang. This penultimate week, featured guests include Open Mike Eagle, Great Dane, and M.C. Paul Barman, in addition to residents Daddy Kev, Nobody, D-Styles, and Linafornia.

All the living members of the Wu-Tang Clan are reuniting at the Shrine Expo Hall for a special performance honoring the 25th anniversary of their seminal album, Enter the Wu-Tang (36 Chambers). The night is sure to be special for those who fondly recall the ’90s hip-hop masterpiece–and those who weren’t yet around to appreciate the Golden Age release when it was new.