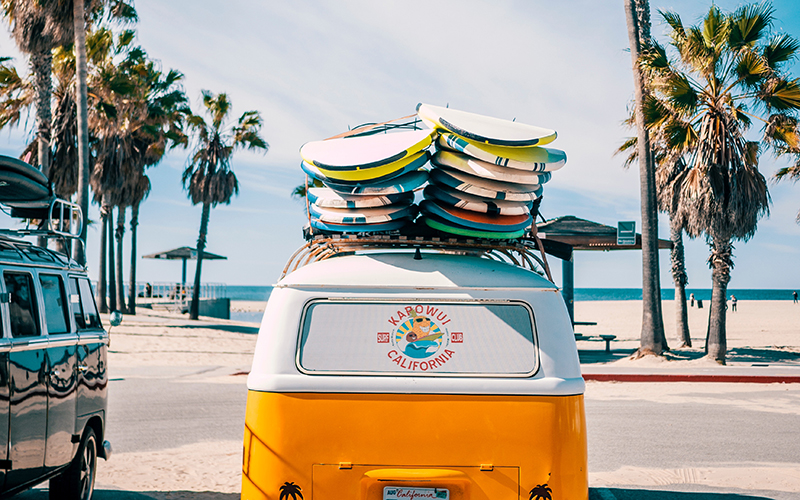 Summer Nights in the Garden
July 27

Spend a balmy (and free) evening at the Natural History Museum, complete with garden-infused cocktails and nature-inspired activities. Take a tour of the botanical gardens (5:30 p.m., 6:30 p.m., or 7:30 p.m.), catch sets from DJ-slash-trumpeter Todd Simon as well as a silent disco led by Aaron Byrd, and even step into the Black Rock Observatory, where you can ogle the universe via telescope.

If you’re currently matriculating at the School of Hard Knocks, head to the Hollywood Bowl all weekend long to see how well it can turn out. Celebs like SNL’s Ana Gasteyer and SMASH’s Megan Hilty grace the stage to bring one of Broadway’s longest-running shows to life; consider pre-ordering a Picnic Box, whose menu has been made by AOC’s Suzanne Goin, or do a mobile order for some pizza or popcorn, which you can pick up en route to your seat. Tickets are still available for as little as $14.

Summer Happenings at the Broad
July 28

Visual art, dance, and music collide during these late-night events at the Broad (festivities begin at 8 p.m. and stretch well into the 11 o’clock hour). For this weekend’s event, Krautrock group faUSt, experimental electronic duo Matmos, and other musicians and performers pay homage to Broad collection artist and German Fluxus standout Joseph Beuys.

All the living members of the Wu-Tang Clan are reuniting at the Shrine Expo Hall for a special performance honoring the 25th anniversary of their seminal album, Enter the Wu-Tang (36 Chambers). The night is sure to be special for those who fondly recall the ’90s hip-hop masterpiece–and those who weren’t yet around to appreciate the Golden Age release when it was new.

With a bill in play to establish surfing as the official sport of California (how #stoked would you be, brah?), there’s no better time to grab a slice of sand and watch pros do their thing. Post up south of the Huntington Beach Pier to see the John John Florences of the world compete in this World Surf League qualifier for a pretty hefty cash prize. Make a day of it and stop into the International Surfing Museum afterward.

A post shared by California Watermelon Festival (@cawatermelonfestival) on May 25, 2017 at 8:28am PDT

Succumb to permanent stickiness and gorge yourself on delicious, sweet watermelon in the San Fernando Valley. More than 43,000 pounds of the fruit will be served this year between watermelon foods (salsa, sushi, corndogs), watermelon drinks and desserts (ice cream, funnel cake, pie), and slices of plain old watermelon itself. There’ll also be a slew of watermelon-themed activities, including watermelon skiing, because normal skiing isn’t dangerous enough, plus carnival games and rides.

Sunset Concerts at the Skirball
July 26

A 22-year tradition, the Skirball Center’s music series kicks off July 26 with a performance from R&B artist Goapele. Stay late to check out the exquisite and nostalgia-soaked Jim Henson exhibition, which will be open to the public until 10 p.m.