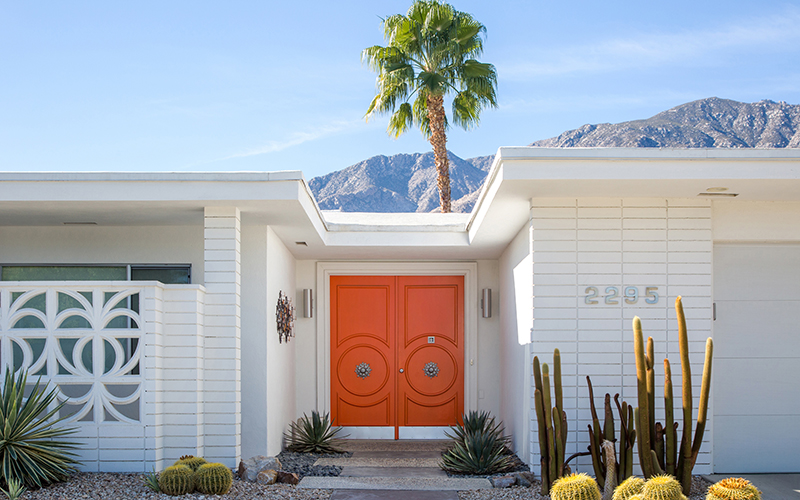 From a convention for coffee fanatics to a scavenger hunt for naked art at the Getty, February is chock-full of good stuff to do.

Dance to “Mr. Brightside” like nobody’s watching when the Brandon Flowers-fronted band takes over the Staples Center. They return to L.A. in support of their first No. 1 album, Wonderful Wonderful.

West Side Story may have been Leonard Bernstein’s opus, but the composer and pianist also achieved renown for his symphonic and orchestral works. To mark Bernstein’s centenary, Gustavo Dudamel conducts singers, dancers, choirs, an orchestra, and bands at Disney Hall for Mass, a sweeping story of a priest experiencing a crisis of faith.

Snow White and the Seven Dwarves

When it was released in 1937, the Disney flick was the U.S.’s first full-length animated film made with sound and in Technicolor. (You go, girl.) The El Capitan Theatre offers a slew of screenings.

An Invitation to Dance

This graceful film series at the Norton Simon Museum will hit Old Hollywood nostalgists right in the feels. Classic couples like Fred Astaire and Ginger Rogers and Gene Kelly and Debbie Reynolds twirl across the big screen in showings of Top Hat, Swing Time, An American in Paris, and Singin’ in the Rain.

Whether you take it black or with a nice frothy cap of some nondairy milk substitute, test your caffeine limits at this all-things-coffee smorgasbord. Sample offerings from more than 40 vendors for free, plus catch demos on brewing methods and panels on the history of the stuff at the Reef in Historic South-Central.

Remember when the Beast shows Belle his private library and she loses her mind? That’s about to be you. More than 200 booksellers showcase and sell rare tomes, manuscripts, and other ephemera at the Pasadena Convention Center. This year’s special exhibit celebrates the 200th anniversary of Mary Shelley’s Frankenstein.

You could spend hours contemplating scents at Sephora only to leave empty-handed due to crippling indecision. Or you could personalize the process and take home a custom fragrance. The Institute for Art and Olfaction introduces you to blending eau de parfum at the Craft and Folk Art Museum. The best part? You’ll have a bouquet all your own.

Weed is legal now, but we’re endorsing a different kind of high: Mainline sugar at the Anaheim Convention Center, where bakers and pastry chefs dole out treats on the house. Former Food Network dessert maestros Duff Goldman and Ron Ben-Israel are on hand for panels and appearances.

Naked at the Getty

No, the event is not clothing-optional. But it is a pseudo-saucy scavenger hunt that should tickle any art-loving valentine in your life. Clues lead to specific pieces of art in the hilltop galleries (many of which involve nudity—hence “naked”). Download the app Pixelot before you go—your Insta-story will be all the more hilarious.

Design aficionados descend on Palm Springs to drool over the highest concentration of mid-century modern architecture in the world. The blitz includes walking and bus tours, lectures, and screenings. Bank a few stunning photos for future #TBTs.

One of the biggest weekends in b-ball returns to the Staples Center, bringing with it top rookies, the league’s hottest players, and celebs. The movie stars and musicians who play in Friday’s Celebrity Game always draw a crowd, but the main event is Sunday’s All-Star showdown.

Flip through the photographer’s new book, and you’ll get a snapshot of Los Angeles in the ’80s: Striking black-and-white portraits of Madonna, Michael Jackson, and Cyndi Lauper offer a slice of the city’s arts and entertainment scene. A slide show and video accompany Rolston’s discussion of the book at the Annenberg Space for Photography; see some of his portraits IRL at Fahey/Klein gallery from March 2-April 21

RELATED: 3 Restaurants You Have to Try This February