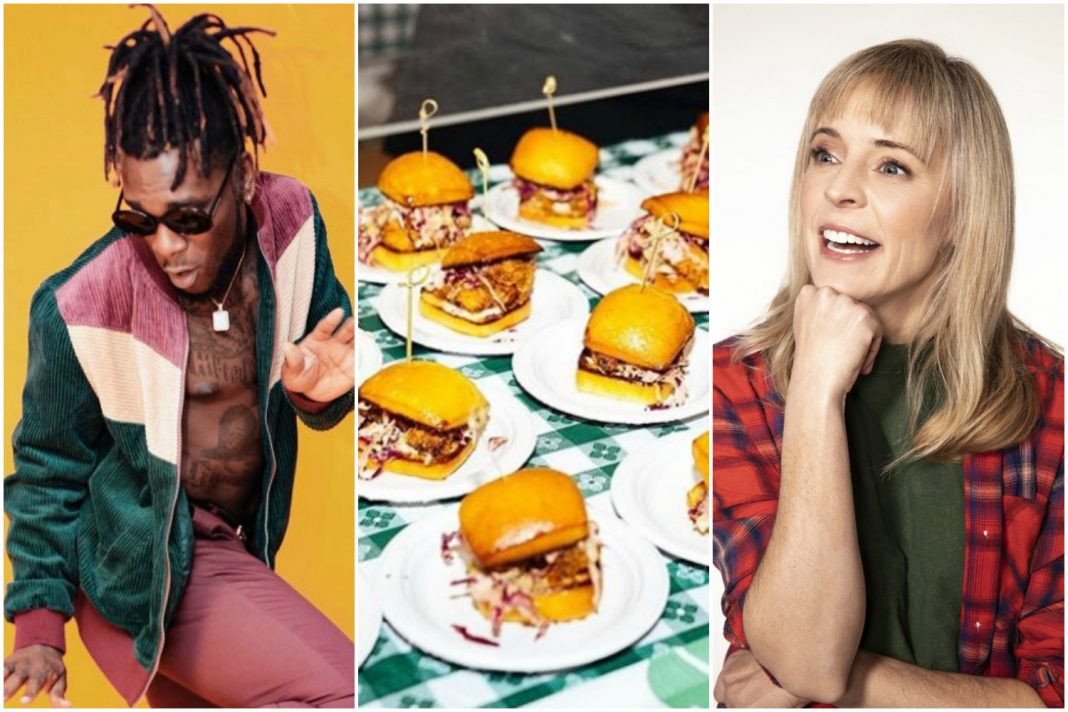 A Tribute to Talk Talk

Celebrate the legacy of ’80s post-rock legends Talk Talk with this free night of music at Gold-Diggers. Mark Hollis, the band’s innovative front man, passed away earlier this year, which inspired an outpouring of tributes from fans and artists influenced by Talk Talk’s sound.

Tramp Stamp Granny’s is best known for show tunes and other piano-bar-style entertainment, but in honor of the 50th anniversary of the Woodstock festival, Queer Cabaret is embracing the age of aquarius. Residents and special guests will perform cabaret versions of songs that were played at Woodstock ’69.

Nigerian musician Burna Boy’s sprawling African Giant album became a soundtrack to the summer as soon as it was released, and we finally get to see him bring those songs to life in L.A. Burna Boy, aka Damini Ebunoluwa Ogulu, is the grandson of Fela Kuti’s manager, and Kuti’s influence clearly resonates in the music Ogulu makes today.

Nineties pop icon Lisa Loeb offers up an intimate performance tonight at Dynasty Typewriter in Westlake. The Grammy-winning singer-songwriter will show off the sound that has made her such a strong influence on the generation of artists out now.

The Taste by Los Angeles Times

The annual Labor Day Weekend food festival returns, with three nights of over-the-top dining experiences at Paramount Studios. Stroll the backlot while you sample an array of dishes and drinks from the very best local vendors.