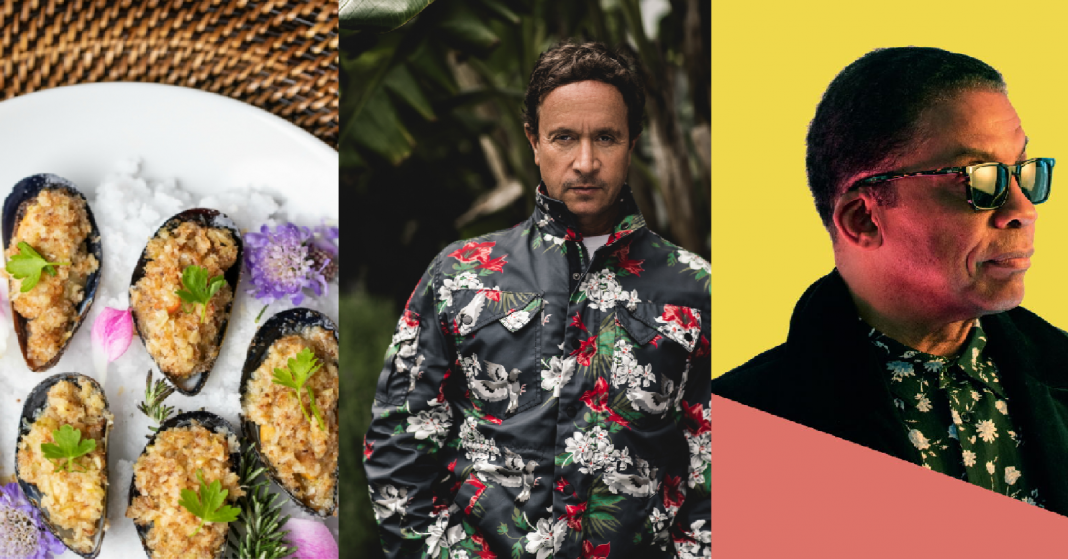 Go inside the world of the Beverly Hills 90210 reboot with this edition of “Now Wear This” at Westfield Century City. BH90210 costume designer Mandi Line will speak with Jennie Garth and Tori Spelling about how she helped create their characters through wardrobe. Reserve a free ticket online and you’ll be eligible for discounts at mall shops.

“Pauly Shore: Inside the Wiezels Studio”

Pop-culture icon Pauly Shore sits down for two nights of conversations about his life, career, growing up at the Comedy Store, and the roller coaster of fame. While he’ll be on stage at Flappers Comedy Club in Burbank, don’t come expecting a stand-up set. It’s more of a poignant conversation, moderated by his friend Steve Simeone.

Twilight on the Pier with Rostam, Dijon, and Jen Awad

The Twilight on the Pier concert series at Santa Monica Pier continues with what they’ve positioned as perhaps their biggest event of the season. The night features performances by Dijon, Jen Awad, and Vampire Weekend band member-turned-solo star Rostam Batmanglij. The show is free with RSVP.

No Hollywood Bowl season could be complete without at Herbie Hancock concert–and this year, the venue’s jazz chair is focusing on rising stars shaping the future of the genre. He’ll share the stage with Thundercat, R+R=Now, and Phoelix.

To kick off the annual Los Angeles Food & Wine festival, Ma’am Sir chef Charle Olalia shares his kitchen with Maui-based chef Sheldon Simeon. The theme of the night is a luau-style Hawaiian feast washed down with bottomless tiki punches.

The Rolling Stones: No Filter Tour

The Rolling Stones are really still doing the thing. Nearly 60 years into their hit-making career, they’re bringing the show back to town for a gig at the Rose Bowl in Pasadena (rescheduled from an original May date). But will they ever find satisfaction?

Beloved R&B fixture Raphael Saadiq performs one of his few non-festival gigs of the season tonight at the El Rey, promoting Jimmy Lee, his first solo album in nearly a decade. Recorded in North Hollywood, the record features a few of Saadiq’s famous friends, including Kendrick Lamar and Ali Shaheed Muhammad of A Tribe Called Quest.