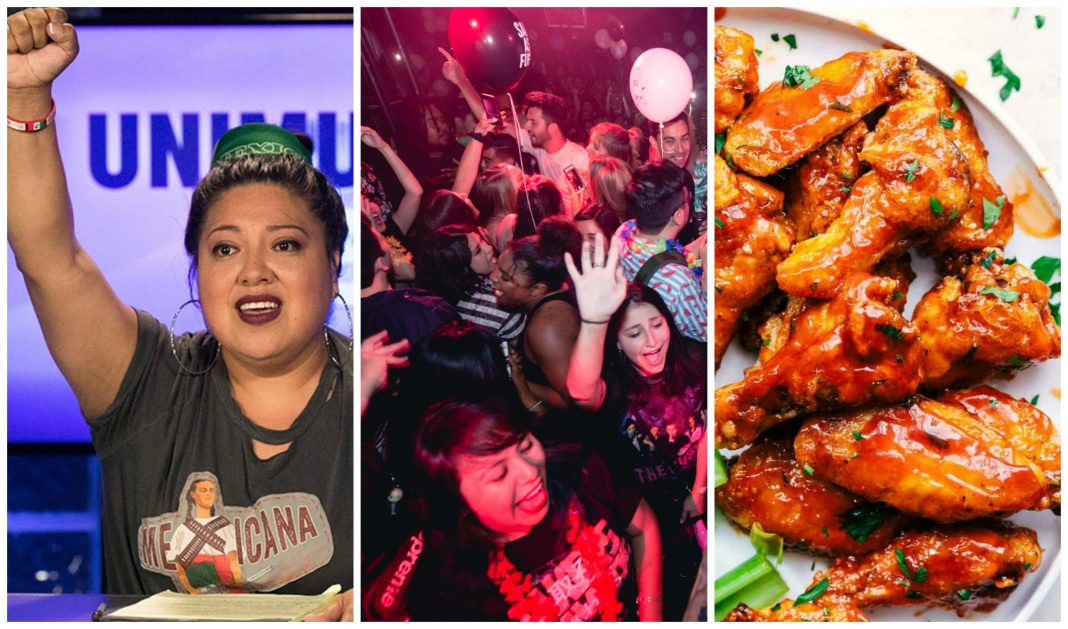 Off the Menu Presents Wing Fest

To celebrate National Chicken Wing Day, Off the Menu is hosting a Wing Fest at Mel’s Drive-In on Sunset. Your ticket entitles you to wings from spots including Pizzeria Mozza, Greyhound, Button Mash–and even the Buffalo, NY originators of the snack, Anchor Bar.

A post shared by Monday Evening Concerts (@mondayeveningconcerts) on Jan 11, 2019 at 6:56pm PST

Stuffed: A Documentary on the Art of Taxidermy

New documentary Stuffed dives deep into the complicated world of scientists, artists, and experts who preserve animals with taxidermy, including an all-female taxidermy studio based here in L.A. The film screens at the Natural History Museum, with a Q&A session; VIP passes also include private taxidermy demos and diorama tours before the show.

The LALIFF, founded in 1997 by a group including Edward James Olmos, platforms the richness of film, television, digital, music, and other content from Latinx creators. Screenings open on July 31 and run through August 4 at the Chinese Theatre in Hollywood.

Described as the “most joyously cosmopolitan dance floor in Southern California,” this series of salsa and Latin fusion concerts encourages guests to get up and dance together. Tacos and margaritas are available, and the Autry galleries stay open late.

Years into its run, Emo Nite L.A. keeps packing the Echo and Echoplex with partiers who can’t get enough of the throwback Hot Topic-era jams. Catch live performances from Sorry., Dying in Designer, Sloanesongs, and LUMiN, in addition to DJs playing a mix of hits and deeper cuts.