Los Angeles is home to major music labels and massive concert venues that attract huge artists from around the globe, but the City of Angels also hosts one of the largest, most vibrant independent music scenes in the entire country.

While most Angelenos, or tourists visiting this great city, are aware they can catch a show at the Hollywood Bowl, The Greek Theatre, Hollywood Palladium, and many other iconic venues, they may be missing out on magical music moments unfolding every night of the week at smaller venues across the city.

And who better to talk to about the best of these venues than the LA-based artists who are not only playing them but regularly hanging out in the audience to support other artists in the scene. So, here are some of LA’s best small music venues to check out, according to the LA artists who love them. 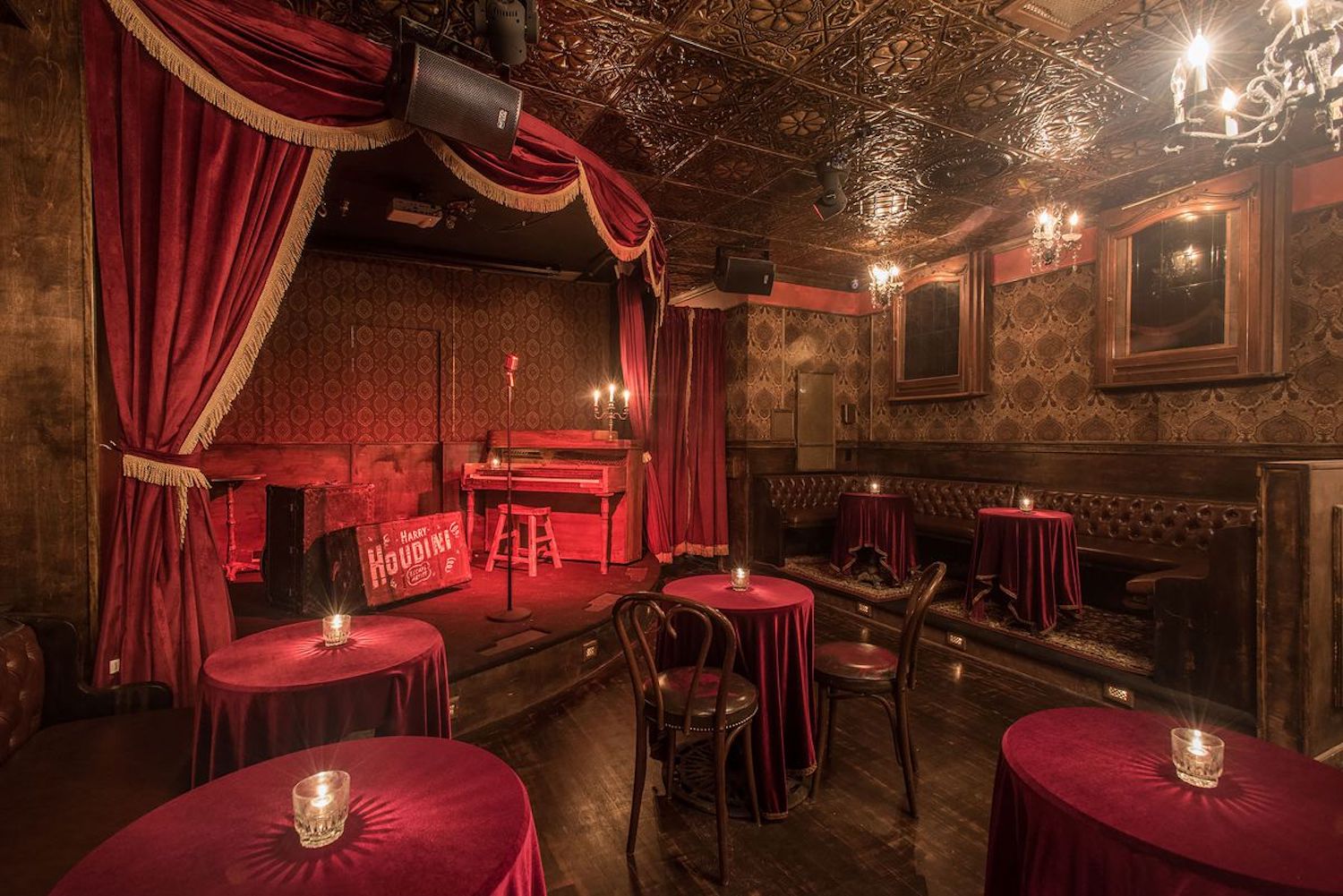 Nestled in the heart of Hollywood on the corner of Hudson Avenue and Hollywood Boulevard, this classy lounge blends magic, music, cocktails, and Thai food to create a unique, intimate vibe — a perfect setting for a romantic date or hanging with friends. The live music unfolds late at night in the 40-seat Rose Theatre, adjacent to the restaurant/bar area, and attracts top-notch talent playing on the stage or hanging out in the audience.

It’s not unusual to catch a glimpse of celebrities in the audience enjoying jazz from Grammy winner Dave Yaden on a Monday night, or R&B and pop from hit singer-songwriter Jacob Luttrell on Tuesdays and Saturdays. In fact, about two weeks ago, Leon Bridges joined Yaden on stage to treat the packed house with a stripped-down rendition of his 2015 hit “River.”

“Pound for pound, I don’t think there is a better listening room than Black Rabbit Rose,” Yaden says.

Printz Board, Grammy-winning producer, songwriter, singer and multi-instrumentalist best known for his work with Black Eyed Peas, frequents this joint to perform and hang, as well. “Black Rabbit has an eclectic blend of genres, yet they are all housed under one thing — deep musicality, rich and raw,” he says. “The sound is some of the best in the city, and the sound man is definitely the best.”

Catch Board’s Funky Mama All Stars every Friday, 11 PM, at Black Rabbit Rose, and enjoy the soulful Matthew Grant performing a mix of stunning originals and creative covers every Wednesday at 10:30 PM. 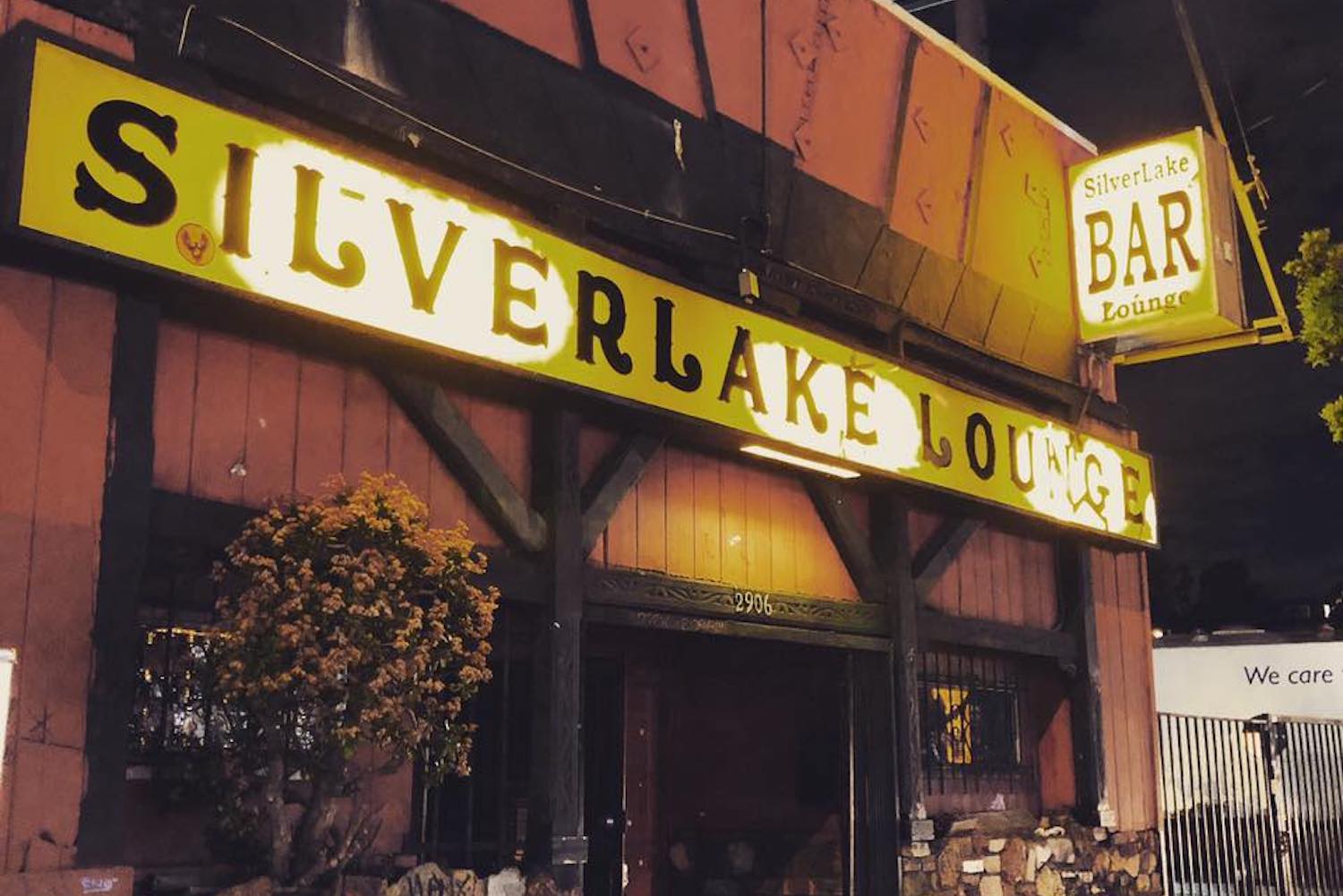 For those who like to hang on the East Side of Los Angeles, this recently renovated staple of the Silverlake neighborhood always has something interesting unfolding on its stage, from comedy to music to drag. Acclaimed indie-rock songbird and powerhouse vocalist Lauren Ruth Ward is a fan of the changes that have been enacted under new ownership.

The venue hosts artists from all genres, and every month hands over Wednesday nights to an artist in residence to do as they please. This month, local up-and-coming crooner Harry Katz and the Pistachios took over, bringing his swinging rock ‘n’ roll sound and full horn section, with an eclectic variety of special guests. “Silverlake Lounge has a long history in the area, but for me, it’s really been since it reopened, post 2020,” Katz says. “With the Satellite closed down, and the Echo recently bought up by Live Nation, independent music on the East Side needed a home and it very much found one at the Silverlake Lounge.”

Wednesdays have been packed this month with friendly, sweaty faces, good vibrations, and house party energy. Catch the final night of Harry Katz’s residency March 30, starting at 8:30 PM, with special guests Adrian Carmine, Gilbert Louie Ray and Storey and the Tellers. There is no cover charge, and you can get yourself a $10 tattoo. In April, garage rockers The Cigarette Bums take over on Wednesdays. 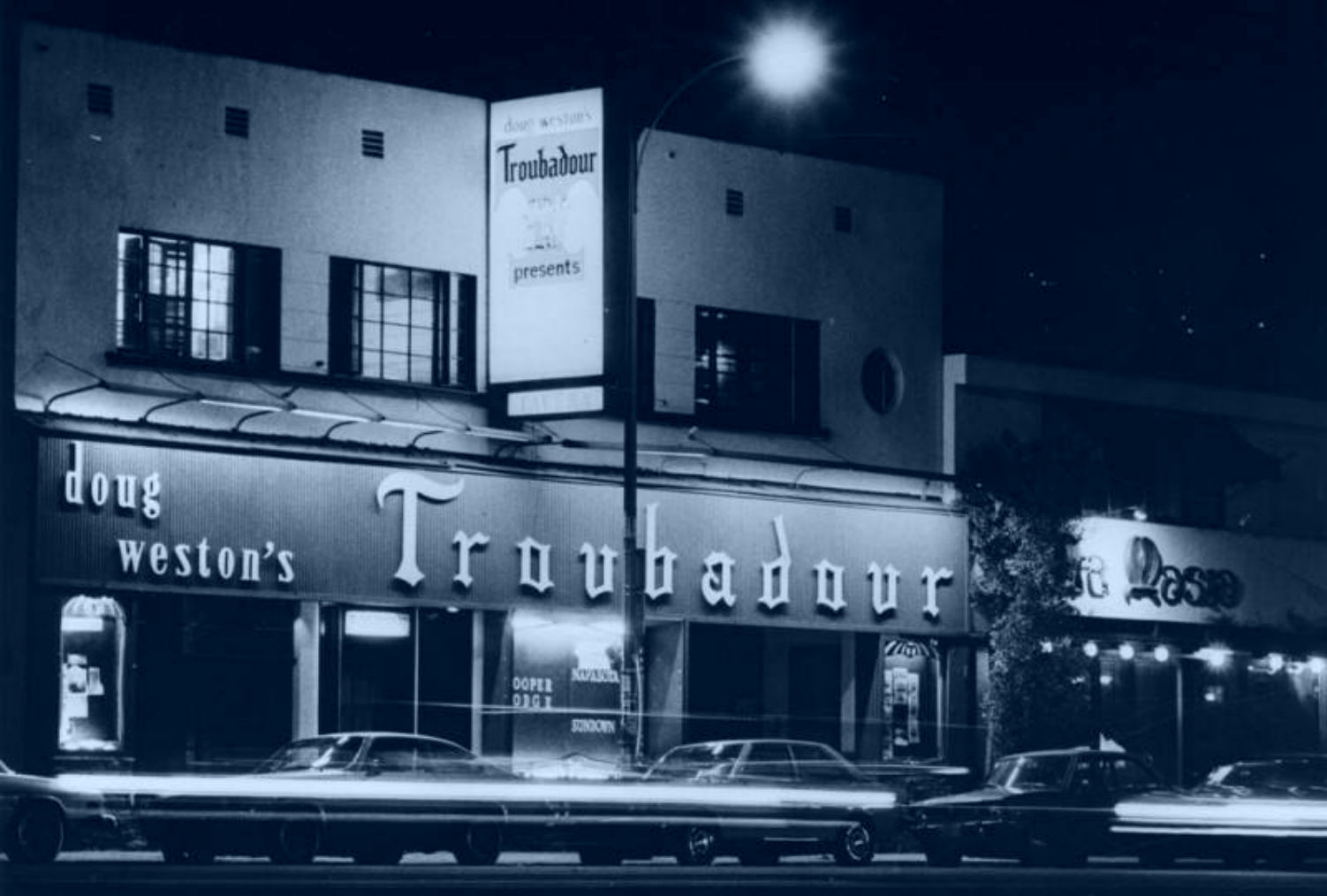 This legendary West Hollywood venue on the corner of Santa Monica Boulevard and N. Doheny Drive is no secret to music aficionados around the world. Since opening in 1957, Doug Weston’s creation has been responsible for breaking global superstars into mainstream awareness and remains to this day a bucket-list venue for all rock stars, living in or touring through Los Angeles.

“The Troubadour is just so special because it has such an immense history, and you really feel it as an artist when you play there,” says Thea Stevenson, the frontwoman of Los Angeles alt-rock band Fox Violet, who played here for the first time last December. “It’s just alive in all of the rooms, and when you get on that stage is just feels like a very magical type of evening.”

She adds, “It really stands out as an independent music venue, and a venue that still supports indie artists. Having been an indie artist and played there, I can attest to that, and the whole night we put together with all local bands from LA, all indie, and I really valued that after COVID. So I love the Troubadour, and I think it will always be an incredible place with immense history.”

Singer-songwriter Ryan Cassata — one of Billboard‘s “11 Transgender and Non-Binary Artists You Need to Know” — also tells us he loves catching shows at the Troubadour “because the intimacy of the venue gives the show a very special feeling.”

“Two of my favorite shows that I have seen at the Troubadour are The Get Up Kids and Remo Drive,” he says. “At that venue you can hear the entire crowd singing along and you really feel part of. It’s the perfect size venue to feel close enough to the band no matter where you are standing in the crowd. I also love the top deck because it gives a better view! I hope to perform there one day.”

No need to wait for Cassata to play the Troubadour in order to watch his live show, though. Cassata and his band will open for Sarah Shook & the Disarmers at another cool LA music venue, Zebulon, on April 4 at 7:30 PM.

Legendary West Hollywood Music Venue the Troubadour Is in Trouble