Home Film The Best Movies and TV Shows of the 2010s Captured a World... 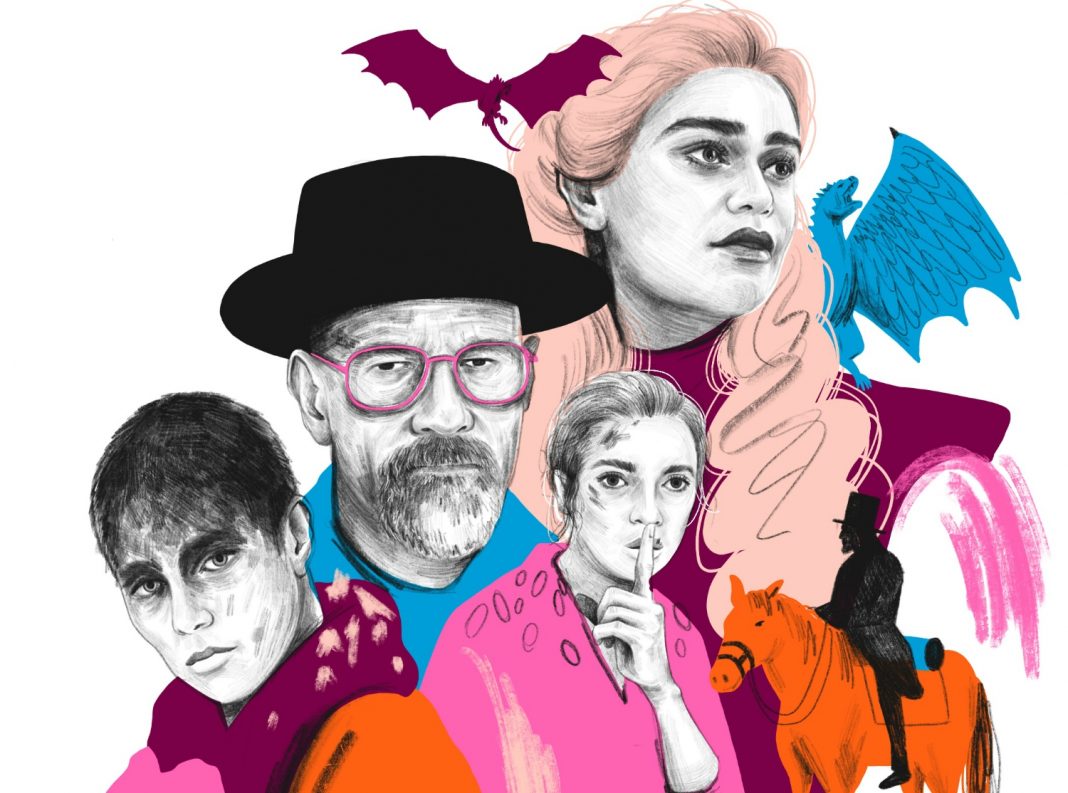 Unlike past decades ending with clear hope or clear dread, this has been the Center Cannot Hold Decade, ending with a question unlikely to be answered before November 3. With the planet and civilization in the balance, much of the decade’s best TV and cinema seemed to capture either a sense of things coming apart or a struggle to keep them together. Here are the ones that top my list.

Both as a three-part European series and a feature of varying lengths in varying cuts, French director-writer Olivier Assayas’s biography of the most notorious terrorist of the last half of the 20th century began the decade obliterating whatever line still remained between television and movies. Coolly dispassionate, Carlos examines how the narcissistic charisma of the mystery man called the Jackal—persuasively conveyed by Édgar Ramírez—exploits the vulnerabilities of Western liberal democracy, where the freedom to be afraid is an unwanted liberty.

Uneven and overstuffed with plotlines and minor characters, the show now feels further burdened by a final act whose logic was more theoretical than emotional. Nonetheless Game of Thrones—fitting neatly as it did in the calendar’s parameters—was the decade’s defining phenomenon as well as the most spectacular TV series ever, with sweeping visuals of soaring dragons, often jaw-dropping direction (e.g., season 6’s “Battle of the Bastards”), and a strong cast led by standouts Lena Headey and Peter Dinklage.

If we must have comic-book movies—and this decade, apparently we did—they should all be like this, seizing the idea of the superman back from Nietzscheans and recasting him, or her, black or white, gay or straight, in populist terms. For two and a half hours, those of us in the audience bearing witness to Ryan Coogler’s shimmering Afro-utopia were all Wakandans.

Steven Spielberg can never resist gilding his lilies at least a little, but this is as masterfully subdued a piece of filmmaking as he’s made. Particularly these days when democracy is on the line, the movie’s you-are-there dismantlement of American slavery is all the more irresistible. As our 16th president, that Daniel Day-Lewis guy is pretty good, too.

The decade’s most divisive major film, and while I wouldn’t want Terrence Malick making every movie, I’m glad he made this one. An almost preposterously beautiful magnum opus of glances and murmurs pondering The Imponderable: how a Texas family’s heartbreaking estrangement fits in the context of the eternal, where all of us are at once finite and infinite.

Coming off the absurdly overdue achievement of being the first female director to win an Oscar (for her 2008 Iraq war picture, The Hurt Locker), Kathryn Bigelow deserved another for this superior work. Gripping even when you know how it ends, Zero Dark Thirty also reminds us of a moment when Americans knew who they were and who their enemies were as well. This saga about the hunt for Osama bin Laden represents the last American quest all of us shared together, when presidents took seriously the task of protecting us rather than routinely selling out our security to foreign adversaries.

This initial entry of the American Crime Story anthology understood the story’s crucial figure wasn’t Simpson but “the people” as represented by prosecutor Marcia Clark. There’s a reason Sarah Paulson steamrolled everyone in her path to every acting award extant: Along with Sterling K. Brown as Clark’s complex and seething partner, Chris Darden, Paulson lifted an already first-rate series to a whole other level.

Picking up where forebears Michelangelo Antonioni and Federico Fellini left off, Italian filmmaker Paolo Sorrentino’s masterpiece is a love letter written in disappearing ink to hometown Rome, where our aging tour guide is a philosopher-socialite steeped in grace and regret, having swapped literary destiny for a place at the head of the never-ending conga line at the never-ending party. Like a leaf most beautiful in its dying, Western civilization’s birthplace is lushly gorgeous in its decay.

Aussie George Miller remade and outdid his ’80s classic about a road warrior’s flight from dystopia and barbarism, and there’s no more bravura piece of storytelling on this list. Staggeringly art directed and edited at a velocity verging on subliminal, the decade’s most interesting new leading man, Tom Hardy, was reduced to a supporting role every time one-armed Charlize Theron, at her most badass, came on-screen. One of the greatest action pictures of all time.

Beginning in the previous decade, the most uncompromising character study in TV history—of a dying high school chemistry teacher driven to bad things, only to then embrace his inner monster—peaked in its final three seasons, which were equal parts riveting and nearly unbearable. Bryan Cranston’s turn as Walter White is one for the ages, of course, but the ensemble work of Anna Gunn, Aaron Paul, Dean Norris, Bob Odenkirk, Jonathan Banks, and Giancarlo Esposito is also unsurpassed.

From the first moment of its first season to the last moment of its second, this sleeper British series about the womanhunt from London to Paris to Russia for a contract assassin by a female agent has been a complete tour de force for all involved. These include
actors Sandra Oh, Jodie Comer, and Fiona Shaw and creators-producers-writers Sally Woodward Gentle, Emerald Fennell, and, particularly, Phoebe Waller-Bridge, who also wrote and starred in Fleabag, another strong contender for this list. (Reportedly Waller-Bridge is cowriting the new James Bond; the mind reels.) By synchronicity or accident, this wild exploration of the feminine psychosexual bond between hunter and prey—when you can figure out which is which—coincided with MeToo, making the show all the more subversive. This is one of those endeavors so perfect as to make the audience want not more but less: The biggest risk of a wrong step is one season too many. If ever a series deserves a conclusion worthy of it, this piece of pop genius is it.

Here’s a film to swallow up existence let alone block out the sun. Like a Cassavetes script directed by Kubrick, made by the insistently unpleasant Danish filmmaker Lars von Trier, this is a front-runner—along with Caché, The Lord of the Rings, and the romantic Hong Kong tandem of In the Mood for Love and 2046—for the century’s best movie. Surveying the collapse of collective sanity, the implosion of a marriage before it begins, and the end of the world when the cyanide capsules run out, with a perilous performance by Kirsten Dunst and photography by Manuel Alberto Claro evoking next year at Marienbad, Melancholia somehow transforms Trier’s instinctive cruelty and no-exit sensibility into pity and insight. From the opening images of a rogue planet crashing into ours, it takes you to some corner of the human spirit where neither horror nor beauty concedes anything to the other.

Halfway through the first of its three seasons, this series leaves the Coen brothers’ 1996 source in the powdery dust of its Dakota snow. Bolder and more original, darker and more American gothic with each succeeding version of itself, Fargo spins out subterranean histories of national madness, the moral center of which is the briefcase of money buried by Steve Buscemi before his rendezvous with the wood chipper. Surreal and naive, part noir and part non sequitur, FX’s crime series is superior to blue-chip HBO’s similarly formatted and overhyped True Detective; the empty and brutal aspirations that make alive so many of Fargo’s characters—portrayed by Dunst, Billy Bob Thornton, Oliver Platt, Martin Freeman, Jean Smart, Ewan McGregor, Ted Danson, and David Thewlis, among others—are also what make them less human, a paradox that seems peculiarly American. We can only suppose the show conspicuously stopped in Year One of Trump because it could no longer keep up with either its own audacity or the republic’s derangement. Haunted in ways they don’t fathom by Indian wars waged across the ice fields where an entire people were wiped out by the American dream, now Fargo’s survivors catch flashing premonitions of their own extinction.

RELATED: Black Panther Was the Best Picture of 2018—by a Mile