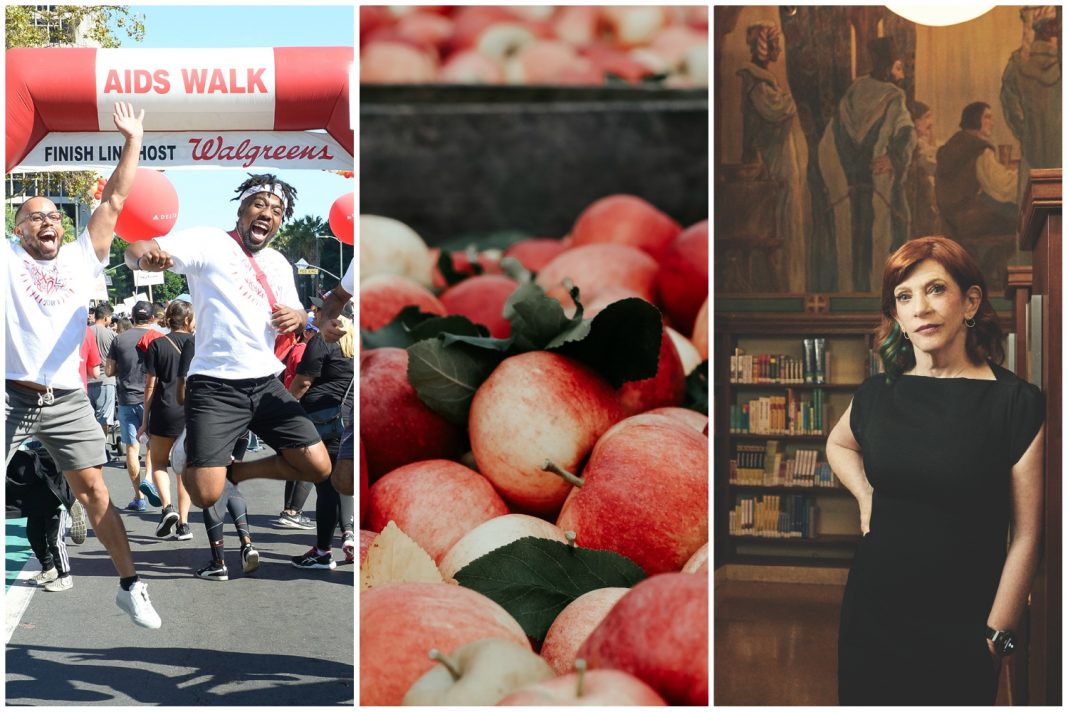 It may not feel like it yet, but it’s officially fall. From apple picking to polo tournaments to book talks, here’s how to spend your days as the weather gets crisper. Oh, and for all the spooky stuff, check out our list of the best Halloween events in L.A.

For the Love of Libraries

Writer Roxane Gay interviews the New Yorker’s Susan Orlean at the Hammer Museum about The Library Book, Orlean’s investigation of the fire that consumed the Los Angeles Public Library in April 1986. Come for the free chat, stay for your chance to ask the authors something during the audience Q&A. Early arrivals can hit Audrey at the Hammer, the museum’s restaurant, for happy hour before the program.

Joaquin Phoenix is already generating awards buzz for his work in this gritty origin story. He stars as Arthur Fleck, a stand-up whose comedy failings push him to forge an alter ego: Batman’s arch nemesis. Cue the Heath Ledger comparisons.

A post shared by PoloPeoplePlaces Polo blog (@polopeopleplaces) on Nov 4, 2015 at 4:15am PST

Feeling fancy? Dress up and head to Will Rogers State Historic Park to watch Nacho “the David Beckham of polo” Figueras. Spectators can also enjoy food trucks, lawn games, and, of course, star watching—Olivia Wilde and Kendall Jenner have graced classics past.

Those wanting to experience “the seasons” should head to Yucaipa’s Los Rios Rancho, our favorite U-Pick operation. Weekend visitors can choose from a variety of autumnal pursuits, including a corn maze, wagon rides, and making cider. Download an itinerary, with activity time estimates, to plan your visit.

In honor of Ludwig’s upcoming sestercentennial, the Colburn School presents this fete fit for a titan. Over the course of the week (tickets: $15 to $30), the Calidore String Quartet, Viano String Quartet, and select Colburn faculty will take the stage at Zipper Hall to perform all 16 of the composer’s string quartets—as well as the colossal Grosse Fuge.

Long Beach’s 3,000-seat Terrace Theater will turn into one massive sing-along as Baby Shark and Pinkfong perform their titular hit—plus other tot jams like “Five Little Monkeys,” “Wheels on the Bus,” and “Monkey Banana Dance.” Parents upgrading their tickets ($32 to $62 apiece) to the VIP package (an additional $50) will get their kids a souvenir bag and a meet-and-greet selfie-op with the performers. Sanity inearplugs sold separately.

The annual fundraiser aims to pull in $2 million to benefit AIDS Project Los Angeles, which provides health care and an advocacy program for those affected by HIV. Chip in by signing up for the walk through downtown, which starts and finishes on the steps of City Hall.

Mike Birbiglia turns his attention from sleepwalking to sleepless nights with his latest one-man show, which focuses on the joys and headaches of fatherhood. Expect the comedian’s signature blend of laughs, emotional heft, and doughy charm.

HBO’s latest is stacked with big talent: Nicole Holofcener (Friends with Money) directs, Jessi Klein (Inside Amy Schumer) is an executive producer, Tom Perrotta (The Leftovers) provides the source material, and Kathryn Hahn (I Love Dick) stars as an empty-nest divorcée. Fingers crossed it fills the void the disappointing second season of Big Little Lies left in our hearts.

Hot off his third solo album, Anima, Thom Yorke brings his Tomorrow’s Modern Boxes tour to the Greek Theatre. Producer Nigel Godrich and audiovisual composer Tarik Barri join the Radiohead front man to perform songs off his latest release as well as the Suspiria soundtrack and more. The weeknight shows start at 7:30, meaning you can prep by listening to “Traffic”—in traffic.

RELATED: Fall Getaways for When You Just Need to Hide in the Woods for a While

8 Fall Festivals in L.A. That Are Sure to Put You in a Gourd Mood