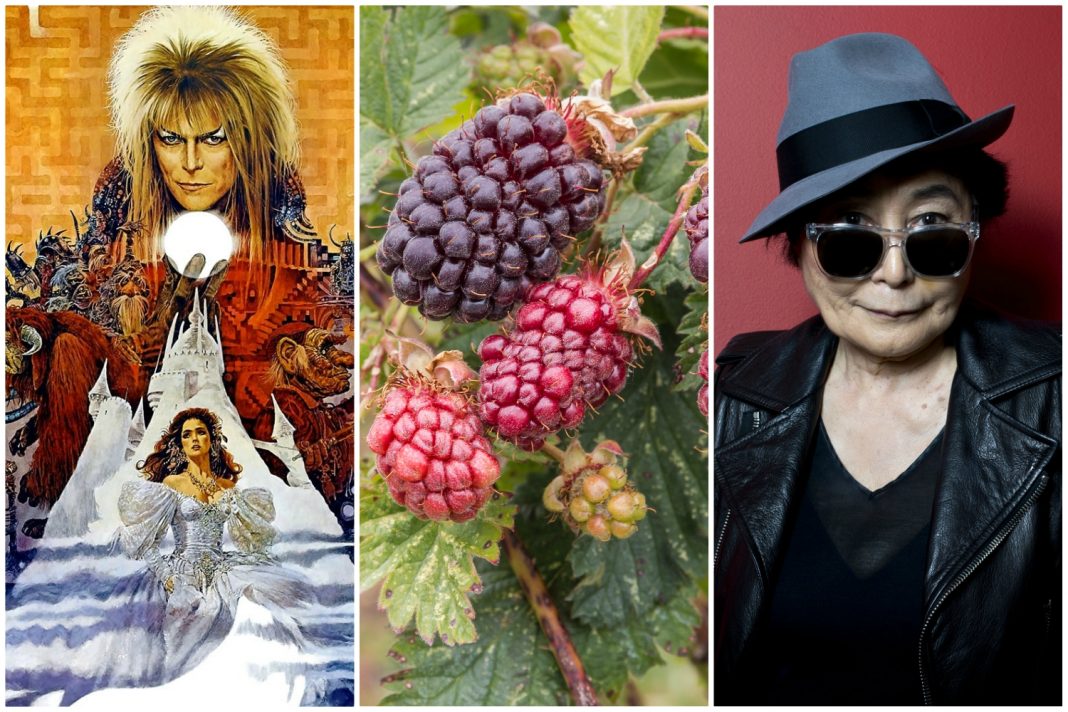 Can’t say it feels like spring quite yet, but warmer days are on their way. In the meantime, you can catch us wearing light jackets and partaking in some of the best things to do in L.A. in March, from an Office bar crawl to a massive art show at the Broad.

Know someone who reminds you of the babe? Drag them to Vista Theatre for this 35mm screening of Jim Henson’s 1986 cult classic. Once you’re done admiring David Bowie’s remarkable eye makeup, cap off the 10:30 a.m. showing with house-made biscuits and maple butter at nearby Cliff’s Edge.

Cruise a few hours east to Indian Wells Tennis Garden, where Venus and Serena Williams, Roger Federer, and other champs vie for purses of more than $1 million. Pop for a hotel room and stay the whole two weeks or opt for snagging a single-session ticket.

Finally, a soiree that recognizes the three major food groups. Sign up for the two-hour class held at DTLA’s Loft 218, where you’ll sample five cheeses, five chocolates, and ten wines—as long as you’re 21 or older, that is.

The Golden Age of television barrels onward, and this celebration of all things small screen is here to track it. This year’s shindig promises sneak-peek episodes and panel discussions with the casts of The Marvelous Mrs. Maisel, Rupaul’s Drag Race, and Crazy Ex-Girlfriend. If there’s one can’t-miss event, though, it has to be Parks and Recreation’s ten-year anniversary reunion.

Yoko Ono has enjoyed a long, diverse career—filled with art and activism, the occasional ear-shattering scream, and, hey, remember those pants she made for Opening Ceremony? Fluxus Fest pays homage to her greatness at Disney Hall, where you’ll no doubt do one (or all) of the verbs in the event’s title.

Soul of a Nation

The Broad is the final stop for this showcase of “Art in the Age of Black Power 1963-1983,” which debuted at London’s Tate Modern. Each of the landmark paintings, sculptures, photos, and murals from artists like Noah Purifoy, Betye Saar, and others is a response to the Civil Rights, Black Power, or Black Feminism movements.

No TSA pat-down required for this visit to the Santa Monica airport, where art galleries, improv workshops, live music, and gift stores are free and open to all ages. Spitfire Grill and a fleet of food trucks are on hand in case anybody gets hangry.

Test the limits of your Office superfandom during this trivia night-slash-bar crawl (which leaves from L.A. Biergarten at 750 S. Broadway). Correctly answer 100 show-related questions between beers to earn some major bragging rights.

New Year, new team—we hope. After another crushing World Series defeat (and at least a couple of head-scratching off-season moves), the Dodgers start a run at redemption—again. First up? Arizona’s Diamondbacks.

The Other Art Fair

The U.K.-born showcase is back and brings with it a penchant for under-the-radar artists—plus music by Dublab presented by Ace Hotel and Chulita Vinyl Club Los Angeles and artwork from Homeboy Industries’ Art Heals program. See it all at the Reef’s Magic Box, and keep your eyes peeled for this year’s guest artist, L.A. tattoo legend Mister Cartoon.

Kiddos on spring break? Then head to Knott’s Berry Farm to honor the fruit that Knott’s claims to have invented. Taste-test more than 75 boysenberry-flavored foods and beverages, which in the past have ranged from questionable couplings (quesadillas) to a perfect marriage (Icees).

Iconoclastic Long Beach rapper Vince Staples hits the Novo in support of his third album, the radio-show-themed FM! (hailed by NPR as “a meta-gangsta reflection on the popular consumption of black nihilism as peak entertainment in 2018”). When Staples takes the stage, his performance is sure to be as powerful as the LP’s 11 tracks.