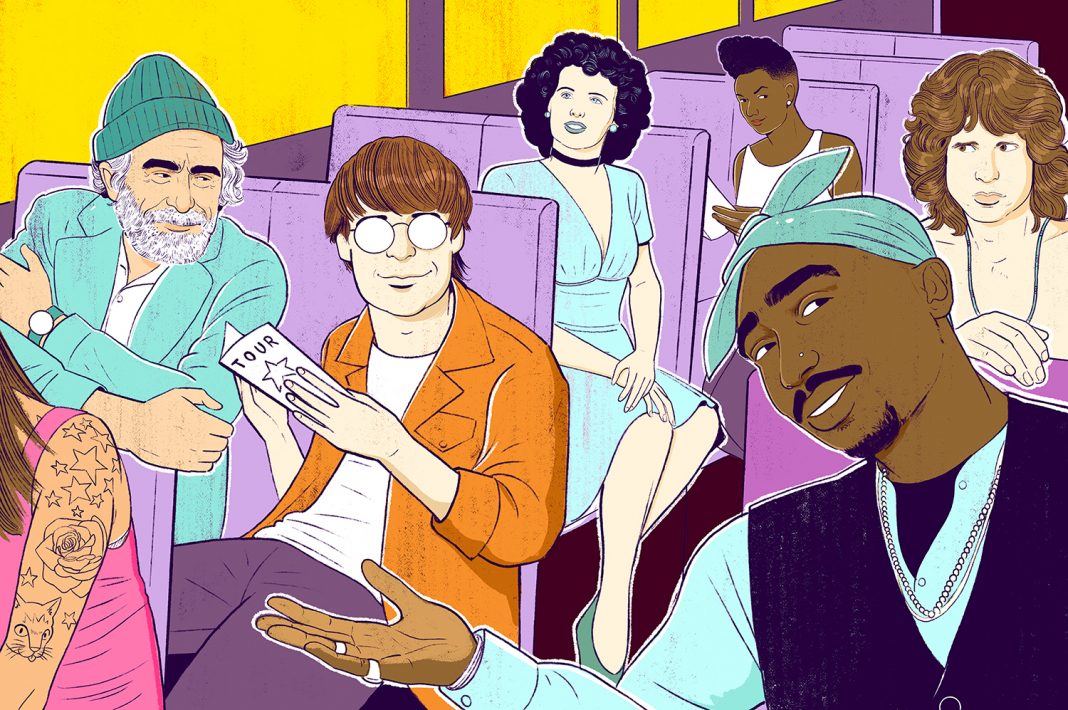 Each year some 50 million people visit Los Angeles. Many of them turn to popular tours offered by TMZ or Starline, but for those looking to explore beyond the usual sightseeing spots, there are more offbeat options. We sent a visitor from New Zealand on four lesser-known tours to see some sides of the city that should delight both tourists and longtime Angelenos.

While Hodari Sababu was serving 13 years for a drug-trafficking conviction, he had an idea: If millions of people visit L.A. every year, some of them might want to check out the hood. So in 2010 he launched L.A. Hood Life Tours. Things got off to a too-real start, with some customers getting held up at gunpoint. But Sababu, who just happens to be the stepfather of rapper the Game, had a sit-down with the thieves and says things are safer now. His tour experience squeezes travelers into a nondescript van, where blunts and 40s of Olde English are passed about as you cruise Crenshaw Boulevard, through Watts, and various sections of Compton, including past the famous Tupac mural. Gawking at the area’s most dangerous neighborhoods feels morally dubious at times, but the information from knowledgeable guides is largely positive, touching on the artistic and cultural movements that have come out of L.A.’s most economically blighted neighborhoods. $75/three hours.

Have you ever wanted to stand on the same hotel rooftop that Led Zeppelin tossed televisions off of? Or sit on the sticky leather divan where countless stars have done the deed? Well, this may be the tour for you. It begins in a corner booth of Barney’s Beanery and takes you through greasy coke dens, Prohibition-era hooch hideouts, and the forgotten hot spots where everyone from Jim Morrison to Ron Jeremy got down. Guide Jon D’Amico, a musician who’s been partying on the Sunset Strip for decades, has as much energy and passion as a hair-metal band that just signed to open for Motley Crüe. Sure, much of what he shares is more gossip than fact, but it’s a good time if you like to rock. $40-$50/three hours.

Who would have guessed that California rocket science is explicitly linked to tantric sex, L. Ron Hubbard, and a dangerous spell called Babalon Working performed on the site of the Ridgecrest earthquakes? These are some of the tamer facts I learned on Esotouric’s Pasadena Confidential tour. Led by husband-and-wife team Richard Schave and Kim Cooper, it was an intensely dark and deeply researched experience that had our chartered bus gingerly navigating the dark corners of Pasadena’s past. Other Esotouric adventures­—such as Haunts of a Dirty Old Man: Charles Bukowski’s Los Angeles and The Real Black Dahlia—promise to be equally surprising and informative. $64/four hours.

Michael J. Kouri says his hands tremble every time he crosses paths with a spirit. On our tour through the Pasadena Mountain View Mausoleum, Kouri—hailed as a “ghost magnet” by no less than Barbara Walters—claimed to detect several ghouls. He encouraged his tourists to snap photos of apparitions with the automatic flash off so that they could later scrutinize their shots and debate whether they had encountered something supernatural or just need to clean their iPhone lens. I didn’t feel like I actually came across any ghosts; the scariest thing I saw was the possibly asbestos-laden paint peeling on the mausoleum ceiling—but that doesn’t mean you won’t connect with the other side. Spirits react to different energies, and I was probably too much of a note-scribbling skeptic to draw any paranormal attention that day. Kouri offers tours of many supposedly haunted areas, including Altadena, Chinatown, and Olvera Street. $25-$125, three to six hours.

RELATED: Inside the Forensics Seminars Where Laypeople Learn About L.A.’s Most Gruesome Crimes

Tour Buses Are Plaguing L.A. Neighborhoods—but Residents Are Fighting Back

Pile In: The José Huizar Corruption Scandal Is Going to Be a Bus Tour