Home Things to Do The Best Things to do in L.A. in June 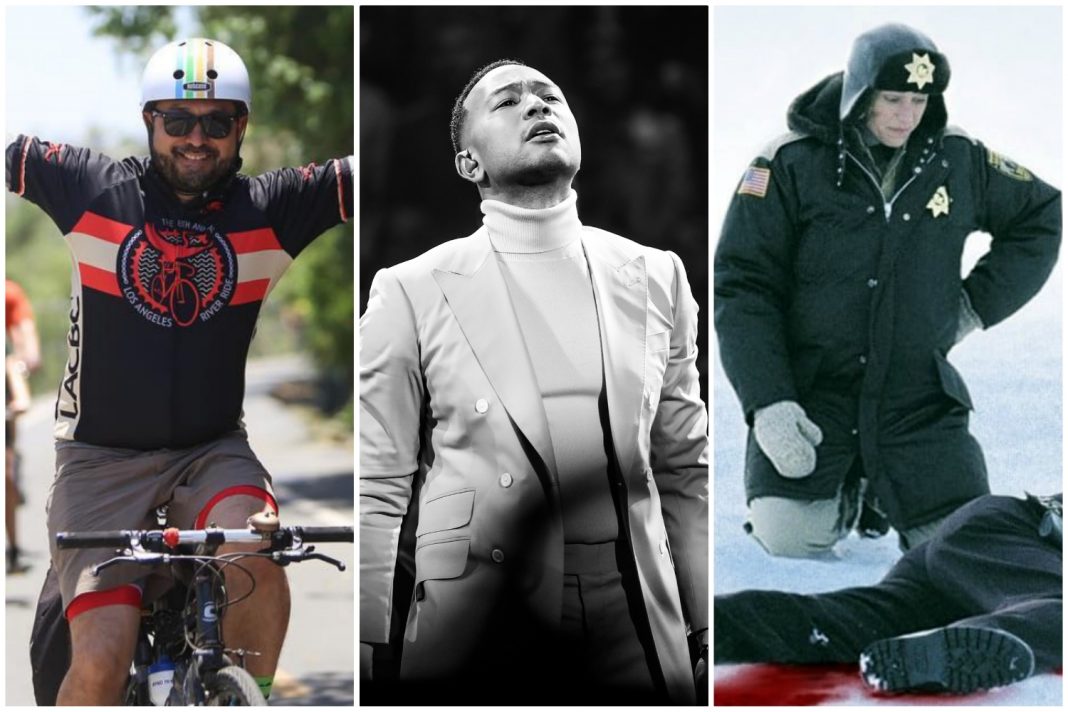 Warm weather still eludes us, but summertime fun is kicking off all the same. From a foodie free-for-all at the Santa Monica Pier to an improv extravaganza in Hollywood, here are the best things to do in L.A. this month.

Smorgasburg at the Pier

Westsiders’ delicious dreams come true when dozens of the ROW DTLA food fair’s vendors set up on the Santa Monica Pier (expect everything from tacos to burgers to ice cream). Pro tip: Skip the drive—and thus the parking—by taking the Expo Line.

Music for Soul of a Nation

As a supplement to the Broad’s Soul of a Nation: Art in the Age of Black Power exhibition, producer Quincy Jones and musician Terrace Martin curate an evening of tunes inspired by the artists in the show. Jones acts as emcee, meaning you can expect a story or two from his storied career.

Drinking in The Past

Mute your shady Co-Star notifications and head to the terrace at the Getty Center for a different kind of wine pairing: one that couples tastings with conversations about medieval horoscopes. Show up a few hours ahead of the event’s 6 p.m. start to get a glimpse of the accompanying exhibition, The Wondrous Cosmos in Medieval Manuscripts.

Bougie theaters like ArcLight and iPic have their perks, but it’s hard to beat the splendor of the city’s old movie palaces. The L.A. Conservancy shows a slate of oldies but goodies—It Happened One Night, Hitchcock’s Rebecca—at iconic venues like the Los Angeles Theater and the Orpheum, plus a very manly Father’s Day showing of Spartacus at the Theater at Ace Hotel.

Angelenos are nothing if not overly passionate about niche subjects. This month celebrates two hyperspecific interests: On the 7th and 8th, the Ghostbusters Fan Fest takes over the Sony studio in honor of the paranormal comedy’s 35th anniversary; the 29th and 30th see the return of CatCon at the Pasadena Convention Center.

Skip the stationary bike and take your cycling affinity outside on one of five routes between Griffith Park and Long Beach. There’s a trail for everyone, from a two-mile kids ride to a 100-mile course for wannabe Lance Armstrongs. All participants are privy to a one-year Los Angeles County Bicycle Coalition membership.

Idle children are the devil’s plaything (just look at Dennis the Menace). If yours aren’t ready for sleepaway camp, sign them up to go hunting for insects, admire ancient art, or discover the joy (and pain) of physics during three weeks of day camps at Pasadena’s Kidspace Museum.

One of only 15 people to have won an Emmy, Grammy, Oscar, and Tony, John Legend performs at the Hollywood Bowl with an orchestra and fireworks, not to mention hour after hour of his smooth-as-silk hits. The season powers on with performances from Chromeo (June 16) and the ultimate ABBA tribute band (June 30).

Tying the Coen Brothers Together

To mark the recent release of movie writer Adam Nayman’s tome The Coen Brothers: This Book Really Ties the Films Together, the Aero presents an entire weekend of screenings dedicated to the duo’s best work. Now’s your chance to rediscover classics like No Country for Old Men, Fargo, and A Serious Man.

Not unlike our hearts, Titanic’s infamy will go on (and on). Catch the epic Oscar winner on a giant outdoor screen at Cal Lutheran University while the New West Symphony performs the film’s score and hundreds of strangers around you openly weep. On-site food trucks and a beer garden offer goodies to help assuage the grief.

Improv teams from all over descend on Upright Citizens Brigade’s Sunset and Franklin locations for what is either your best or worst weekend ever: A 72-hour comedy blitz known as the Del Close Marathon (named for the guru who mentored John Belushi and Bill Murray). In fact, this is the first time in the DCM’s 21 years that the event will go down in L.A. (suck it, New York).

RELATED: 3 New Restaurants You Have to Try This June