Home Uncategorized Here Are the 13 Best Things to Do in L.A. in December 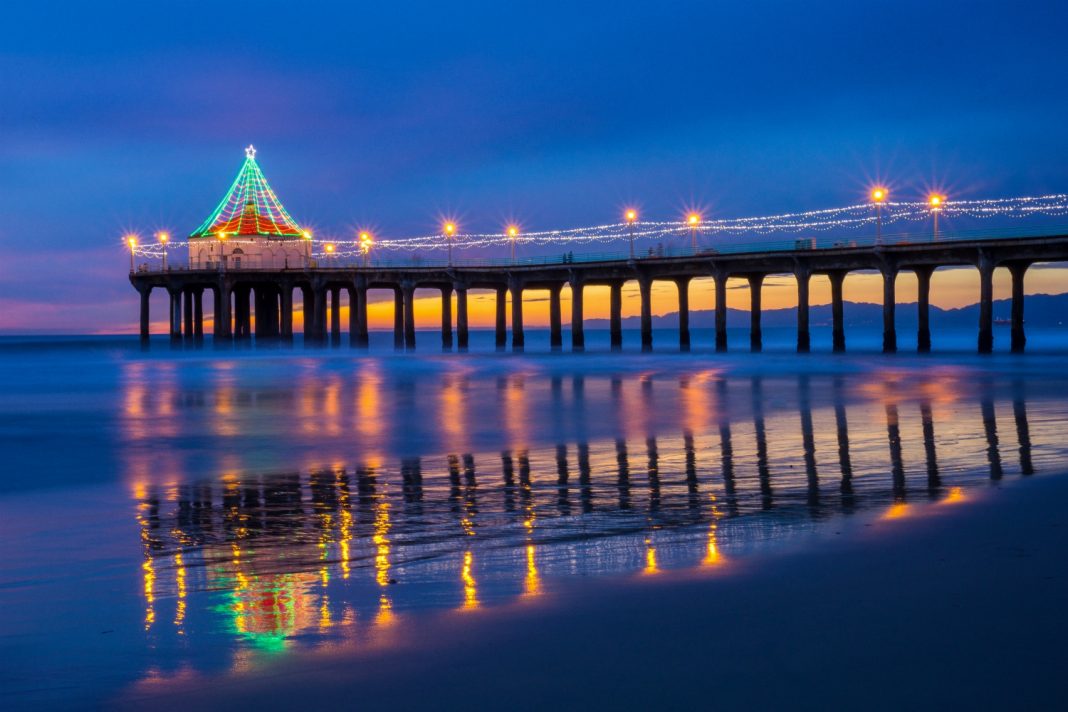 From a holiday light show downtown to holiday fireworks in Manhattan Beach, there’s a lot to do in L.A. this December. Here’s a guide to the best December events in and around L.A.

If you’re looking to make your pup an Instagram influencer, Grace Chon (@thegracechon) can help. The pet photographer teaches you how to up your game at this iPhone-camera workshop, open to shutterbugs of all levels, at Wallis Annenberg PetSpace. Your models? PetSpace’s adoptable paw-lebrities.

Cram all your holiday shopping into two days at the California Market Center, where more than 300 artisans hawk jewelry, leather wares, ceramics, enamel pins, and other goodies. With so many cool things up for grabs, there’s no way your brother, aunt Sally, or super-hard-to-shop-for niece will be disappointed.

If one shopping smorgasbord isn’t enough, head to the DTLA gallery to peruse hand-crafted, locally made wares from the likes of ARTBOOK, Block Shop Textiles, and BZIPPY & Co. ceramics. If that weren’t enough, Hauser & Wirth’s on-site restaurant, Manuela, is dishing up delicious treats to keep your energy up, and you can even catch performances during the day, too.

Hop on the Red or Purple Line and get off at the Civic Center/Grand Park station, where a 12-acre art and projection display awaits. You’ll see DTLA’s park of record awash in light installations, from its iconic fountain to its winding pathways.

The rock-star authors of Eat Pray Love and Wild sit down for a candid chat about creativity, politics, and love at UCLA’s Royce Hall. Go for the inspiration, stay for your chance to ask them a question during the audience Q&A.

With Oscar season around the corner, the Hammer Museum rolls out screenings of the year’s best movies, followed by interviews with the key players behind them (2017’s lineup featured Jordan Peele for Get Out and Greta Gerwig for Lady Bird). We’re not saying Lady Gaga will be there—but, hey, she might.

Stuff your face and the coffers of the ACLU at this one-off dinner-meets-art event, which benefits the nonprofit org’s Immigrants’ Rights Project. Husband-and-wife chefs Alex Raij and Eder Montero of New York’s Michelin-starred La Vara are in the kitchen for this edition at the Standard downtown.

For the Record, a troupe that takes beloved film scores and turns them into immersive live shows, is back with a very Christmassy iteration. Head to the Wallis Annenberg Center for the Performing Arts to see the music of Love Actually come to life, from Joni Mitchell’s “Both Sides Now” to Mariah Carey’s inescapable hit “All I Want for Christmas Is You.”

Stevie Wonder’s annual charity event returns to Staples Center for a night of cheer. As usual, the legend will be joined onstage by an all-star lineup—last year it was Tony Bennett and Pharrell—and asks that concertgoers bring an unwrapped gift for children and families in need.

The oceanside town’s annual fireworks spectacular returns for a 29th year. The main event starts at 7 p.m., but show up at 4 p.m. for a snow park, live music, and a Santa float. Pro tip: Park near Marine Avenue and mosey the Strand to avoid congestion downtown.

The Wonderful Winter of Oz

The British panto, a classic fairy tale embellished with zeitgeisty references and live music, is a genre all its own. Dip a toe in at the Pasadena Civic Auditorium, where The Wizard of Oz gets a seasonal twist (complete with an appearance by Kermit the Frog and tunes from Journey and Wham!).

If ice tubing down a 150-foot mountain sounds more fun than treacherous, then make tracks for the O.C. Fair & Event Center’s wintry wonderland. Stop into the Alpine Village—where fresh snow is blown in daily—or cruise an ice rink under the stars. Stay late for fireworks and animated light displays.

Ring in 2019 The Lonely Island way: on a boat. Long Beach’s Queen Mary decks out its many decks in the style of a different decade (deckade?) on New Year’s Eve. Party into the wee hours with live music, fireworks, and food; you can even book a suite and stay the night.

RELATED: Your Guide to the Best Holiday Events in L.A. This Year