Home Halloween The Competition Is Stiff at These L.A. Halloween Costume Contests 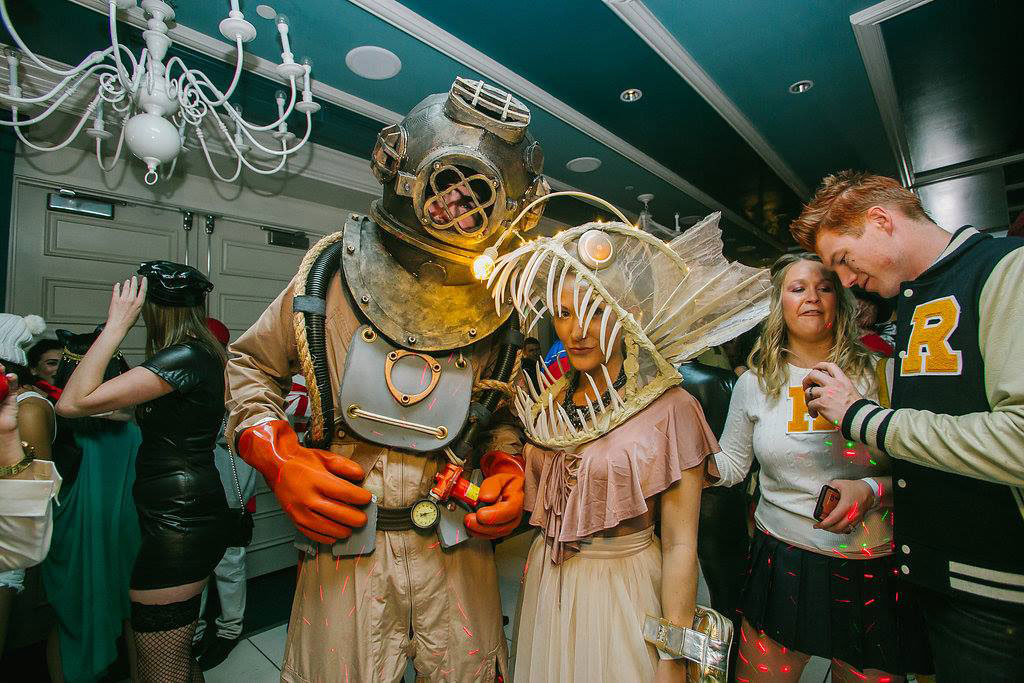 In a city obsessed with dressing up and playing pretend, the competition at local costume contests is always stiff. But bring your A-game to one of these spooktacular events, and you might not go home empty handed.

Held at the Hollywood hot spot Lure, this party kicks off with four DJs spinning EDM, hip-hop, house, and Top 40. Cash prizes will be given out in three categories: scariest, sexiest, and best overall. October 26, 9 p.m.-3 a.m., $35 for general admission to $280 for a VIP table with bottle service for eight.

The matchmaking service Three Day Rule is throwing a costumes-mandatory party at the Viceroy Hotel, with five bars, two dance floors, two DJs, and one psychic to entertain you. A Serious Costume Contest, hosted by Eric Bigger of ABC’s The Bachelorette and The Bachelor, will take place at midnight in the main ballroom. Prizes will be awarded to a male and female for sexiest, scariest, and most creative costumes as well as best couple and best pop culture reference. October 26, 8 p.m.-1:30 a.m., $30 presale tickets; $85 at the door.

The historic lot of the Jim Henson Company is transformed by the epic soundtrack of sci-fi cult favorite television show Farscape and multimedia performances in which lighting and projections coordinate with the otherworldly tunes. Host Brian Henson, Jim’s son, will judge the evening’s costume contest—the lucky winner will get to tour Jim Henson’s Creature Shop in Burbank. October 19, 6-11 p.m., $150 to $1,000.

Party in the tallest building in the city and dance to the sounds of Latin, salsa, reggaeton, and tropical house music. Costumes are required, and prizes will be in the offing. October 26, 9 p.m., $25 in advance; $30 at the door.

Scream Queen Emma Roberts Is Afraid of Everything