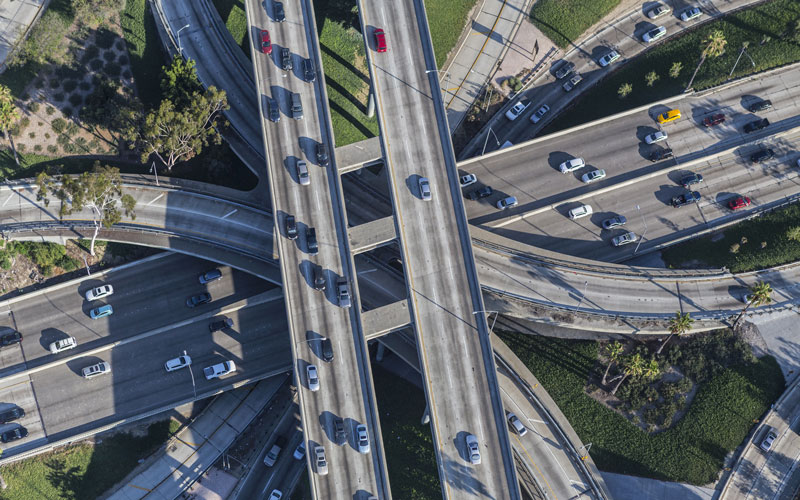 There are car chases. And there are car chases where the criminals throw a hamburger at a TMZ Tour bus. On April 7, 2016, we witnessed the second kind. It was a chase so extraordinary, so self-aware, so social media age, that we cannot let this rotten husk of a year pass without acknowledging its place in history. (Disclaimer: car chases are bad, never drive away from police, because that is bad, and don’t commit crime so you can be on TV, also bad.)

Let’s do some donuts down Memory Lane…

The 90-minute chase started, as they do, with police in pursuit of two burglary suspects in Cerritos. Yawn. Wait. HOLD ON. What’s happening here? Why is the convertible top halfway down in the rain? Why is the passenger standing up in his seat like he’s actively participating in the driving of the vehicle? You, sirs, have our attention.

Look at these guys driving with their top down in the rain. Car chase now on #KCAL9 pic.twitter.com/CcJcrvHPin

Rather than drive to Mexico and start new lives as law-abiding valets, our guys exited the freeway in Hollywood, drove for a bit on the Walk of Fame and ran red lights. In other words, they seamlessly blended into local traffic.

The public, watching all of this unfold on television, and possibly drunk, had been won over.

GREATEST #PURSUIT OF ALL TIME! 🔥🔥🔥🔥 pic.twitter.com/AssLsPIv9S

You may have noticed the precipitation. You may also be aware of a literary concept called Chekhov’s Gun.

Here it is. The moment we all realized we’re going to be talking about this car chase forever. A TMZ tour bus tries to save the day and is pelted with a hamburger (or possibly a sandwich) for trying to dispense sweet highway justice.

.@TMZ trying to come to the rescue!?!?! This #Pursuit could not get more #Hollywood!!!! pic.twitter.com/ND8BVcLDKU

The TMZ bus at least slowed the guys down a little, unlike this police officer (throwing a spike strip) who may or may not be the quarterback of the Rams right now.

Back to spike strip throwing school for you, sir. pic.twitter.com/b9N57OFOnu

Now, there are a few ways this can end. A crash. A hail of gunfire. Or, with these guys, in line for hot dogs at Pink’s. If you guessed any of those, you were wrong. They drove home and waited to be arrested.

L.A police pursuit suspects chill out with no police in sight. The atmosphere can be described as relaxed. pic.twitter.com/6d96vDm5oR

Driver Herschel Reynolds, 20, and Isaiah Dewayne Young, 19, were sentenced to two years in prison in October. These were their last moments of freedom, which they spent taking selfies.

Joe Donatelli is the Senior Writer at Los Angeles magazine. You can follow him on Twitter @joedonatelli and Facebook. He wrote: The 100 L.A. Things Every Angeleno Needs to Do.