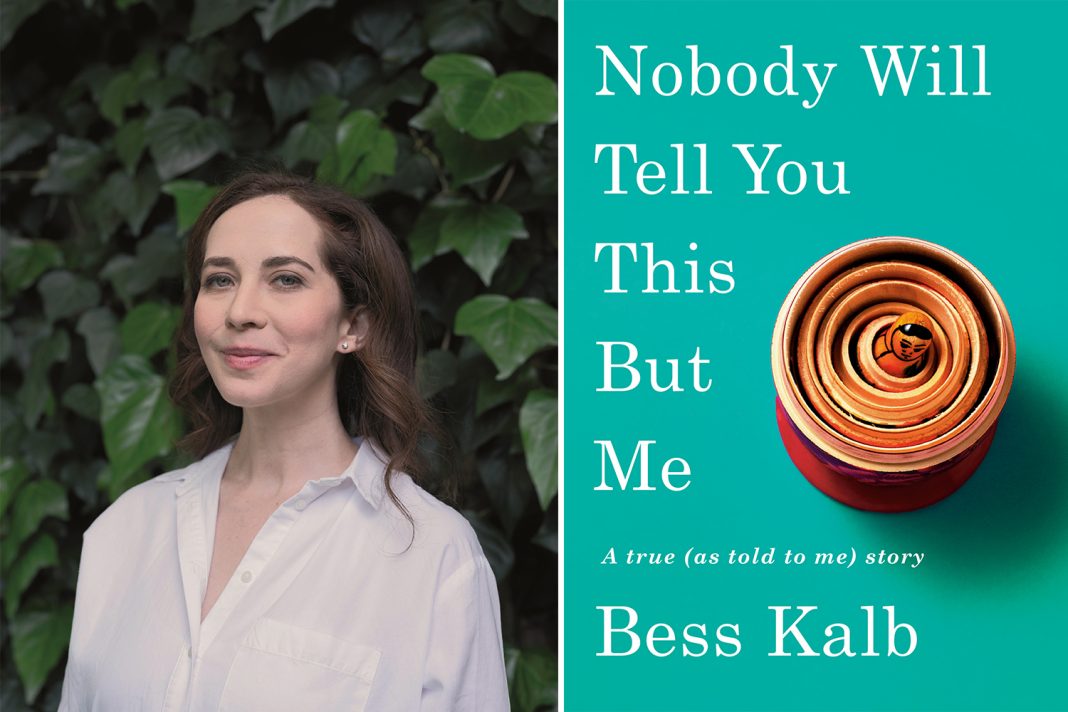 When Bess Kalb’s beloved maternal grandmother, Bobby, passed away in 2017 at the age of 90, Kalb gave an unusual eulogy. She read the transcripts of voicemails Bobby had left her, which she had saved for years.

The messages would often recount the key moment in their relationship when Bobby dropped everything to fly from Florida to New York to take Kalb to her first day of preschool. Young Bess was nervous, so the devoted grandma waited outside the classroom door the whole school day that entire week to reassure her.

“The voicemails about the sort of sacrifices that she made for me were both really beautiful and highly manipulative,” says Kalb. “She wasn’t telling me this as just a wistful reflection about the love between granddaughter and grandmother. She told me this so that I would move back to New York from California.”

The eulogy was a hit, and it inspired Kalb to try penning a memoir in Bobby’s voice. “People were laughing and crying,” says the Emmy-nominated writer for Jimmy Kimmel Live! who has also written for the Oscars, the Emmys, and The New Yorker.

She sent 30 pages to her agent in October 2017 with little confidence. “I said, ‘Ignore it,’ ” recounts Kalb, 33, who lives in Silver Lake. Her agent replied: “You’re crazy. We’re sending this out.”

The resulting book, Nobody Will Tell You This but Me (out March 17), relays the stories of four generations of strong-willed women. It jumps from Kalb’s great-grandmother, who as a lone 12-year-old fled a Belarus shtetl for New York, to hilarious, opinionated Bobby to Kalb’s mother, one of the first women to attend Brown University to Kalb herself.

When Kalb is hesitant to try to break into TV writing and worries about revealing her ambitions to a friend who works on The Simpsons, Bobby asks, “What would a man do?” Elsewhere Bobby counsels her to stock up if she ever finds a shade of lipstick that “actually” looks good on her, lest it be discontinued, and not to fear moving from San Francisco to Los Angeles because the former “is for people who wear polar fleece to restaurants and try to convince each other to go camping.”

Writing the book, Kalb says, made her feel at once closer to her grandmother and reinforced the depth of her loss. “I wrote crying and eating—that’s how I got through it,” she says, “one tub of hummus at a time.”

RELATED: How to Prepare for Your Mom’s Death (Even if She Isn’t Dying)