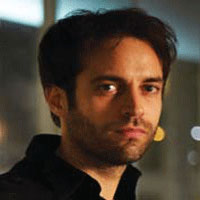 After dancing for the New York City Ballet, choreographing the “ballet noir” film Black Swan, and marrying star Natalie Portman, Benjamin Millepied has found a new stage. His local company, L.A. Dance Project, debuts with two contemporary classics at Walt Disney Hall—William Forsythe’s Quintett and Merce Cunningham’s Winterbranch—as well as a Millepied original, on September 22 and 23. Though the city has been slow to embrace the art form, “it feels like the right time for L.A.,” says the ballet wunderkind. “It’s liberating to do my own choreography, and I love the atmosphere, the light, and the visual landscape here.”