Home Books A Veteran Gossip Columnist Owns Up to Being a ‘Cog in the... 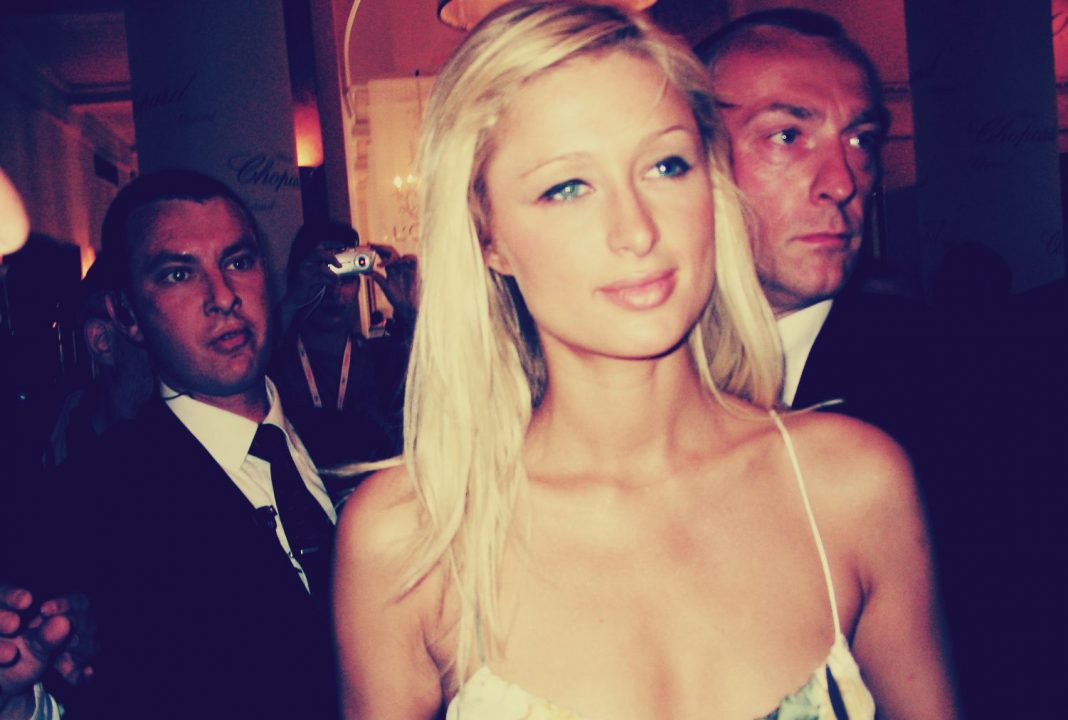 Parties—remember those? When a group of people gathered, stood close together, and drank and ate in a communal setting? If you dimly recall this pre-Coronavirus era, Ben Widdicombe’s new book will jog your memory even more—with some dishy gossip, to boot. In Gatecrasher: How I Helped the Rich Become Famous and Ruin the World, the longtime social columnist looks back on this two decades reporting on the rich, famous, and infamous.

After Widdicombe landed in New York City from Sydney in 1998, he sold hot dogs to make ends meet while party-crashing at night. Turns out, he had a knack for it. Along with his boyfriend at the time, Widdicombe started a gossip column, Chic Happens, for Hint Mag before getting scooped up by the tabloids. Now, 20 years later, Widdicombe has reported for the columns Page Six and Rush & Molloy; his own column, Gatecrasher; TMZ; and The New York Times.

The social calendar may be temporarily paused, but Widdicombe has more than enough stories about the Trumps, Murdochs, Hiltons, and yes, even the Lohans, to keep us entertained—and insights on what our fixation on celebrity has wrought for American culture.

First things first: Why do people love to gossip so much?

One of the key insights that I gained from being a gossip columnist is the hierarchical nature of the human species and how status anxiety drives so much about behavior. And in that context, gossip becomes a very important tool. First, because it’s the way that we can ascertain our own place in the human hive, and second, because it potentially provides information that could undermine someone who’s doing better and give ourselves a competitive advantage. This is something that has been observed by sociologists and anthropologists, but as a gossip columnist, I came to the same conclusion myself on the cocktail party circuit in discovering how eager people were to gossip. … [W]hat no one tells you about being a gossip columnist is how easy it is, because people really want to gossip.

But still, our society can be pretty condemnatory of gossip, despite the fact most people do it and most people like to hear it! How did you negotiate that contradiction when it’s your career?

It’s possible to do any job with integrity. … The rules of having integrity as a gossip writer are that you shouldn’t have a horse in the race. You shouldn’t write anything for personal gain, whether that’s material gain or emotional satisfaction, and you shouldn’t be out to damage someone for the sake of it. … The rest of it is just basic rules of journalism. You need to be open to hearing all sides and you need to write what’s fair and the truth.

What, if any, special insight into human behavior do you have after working as a gossip reporter? It seems like a job where you see both the best and the worst in people.

I think you can tell everything by person’s character by how they treat the waiter or people they perceive to have less power than them. That was something I learned in my first day as the lowest person on the rung at Page Six. I sat at Richard Johnson’s desk, because he was out and that was the only place to sit. And I would answer his phone and people would call very solicitiously, because they wanted to speak to Richard—having his direct line was a real status symbol. And as soon as they worked out they were not speaking to Richard, they were in fact speaking to some kid, some of them would turn on a dime and become threatening and really mean. And others would continue as I started and were respectful. And needless to say, the people who were respectful got a lot more out of me, even in my lowly position on the column, than those whose ego demanded that they put me in my place.

You’ve been primarily based in New York City during your career, but you lived in L.A. when you were the managing editor at TMZ. Are there differences in how the two cities operate when it comes to party reporting or gathering gossip?

In general, L.A. is a different kettle of fish because it is an industry town. And the glorious thing about New York City—and why gossip columns have traditionally flourished [in New York City] more than they have [in Los Angeles]—is that in New York, you can completely offend the most powerful people in any particular industry, and it doesn’t matter because there are six other hugely important industries that you can move on to. So you effectively can’t be blackballed. … Whereas in L.A., it’s the movie business, and if they close ranks against you in L.A., you’re really in trouble. It’s more of a city ruled by fear than New York, or at least that fear is more generalized. … Specifically, I was fascinated by how TMZ did their work. They, of course, have roving photographers and video units, but they did a great job of gathering their information while essentially staying indoors. That was just a difference in technique. In New York City, it’s all about going out, being in the room, being at the party and talking to people. … Part of that is, I think, because L.A. is less of a communal party culture than NY was. In L.A., the more important social gatherings happen behind gated walls and it’s harder for a shoe-leather journalist to get in.

I’m trying to think of a polite way to ask this, but did you ever feel awkward that you were invited to fancy parties only because you were a reporter and not as a guest?

Oh, no. I always knew my place. I was always there to work. I was never invited as a guest. I was invited because I could provide some value to the organizers. … [N]o one cares [about you]. You’re invited because of what you can do for them. … They would invite a monkey if that monkey could give them press, and it just so happened that I was the monkey.

They would invite a monkey to the party if that monkey could give them press, and it just so happened that I was the monkey.

Let’s talk about your assertion that Paris Hilton is “the most culturally influential person in 21st century America.” That’s a controversial opinion, to say the least.

[Laughs] Let’s just say I expect a steep reader drop-off when they get to that point [of the book]. There is a reflexive response in our culture to dismiss her, and people who are like her, and I just don’t think that’s very smart. … If you’re interested in popular culture and the use of publicity, you really have to ask what she represents in the culture and how she became so influential.

Your book makes the argument that Paris Hilton’s ascendance in pop culture foreshadowed, or maybe predicted, the Trump presidency. Can you elaborate?

The impact on the performance of wealth, particularly over the last 20 years, is something that we see today in the White House. I do see a direct line between the way that Paris packaged many things that were happening in other parts of the culture. Even though she was a legitimately rich person, she began packaging and performing wealth for the media in a way that people found irresistible. And I do think that Kim Kardashian and Donald Trump took notes about how that was done. … The Kardashians [became] arguably the most influential force in popular entertainment over the last decade, and Donald Trump [used] the same theories and principles to capture the White House.

I’m glad you brought up Trump, because you reported on him and his family a fair bit. Were you surprised that he ran for president or that he got elected? What are your feelings on him?

I was not surprised by the presidential ambitions, because he is a fantasist and an egomaniac. … That’s a personality type that you encounter quite often in this business, so that didn’t surprise me in the least. … Journalists rely on megalomaniacs for a lot of their content and they’re often very good entertainment value, which is why the subtitle of my book is How I Helped the Rich Become Famous and Rule the World. Because I didn’t want to pretend that I was holding my nose and at arm’s length from this spectacle. I felt that I had to own up to being a cog in the media machine, which was promoting these people, because we needed each other. You know, Donald Trump loved being in the tabloids and the tabloids loved writing about Donald Trump. So we were both getting something out of it and we’re all complicit in that.

With the benefit of hindsight, were there any stories that gossip reporters, or entertainment media in general, got really wrong?

One of my regrets is that we didn’t treat Harvey Weinstein as more of a villain. We didn’t valorize him, necessarily—we portrayed him as a bully and a womanizer, or at least my paper did. But we certainly didn’t call him out for being the rapist that he was later convicted of being. And that was because we were playing access journalism, to some regard. He would trade stories to the columns in order to get off whatever particular womanizing anecdote of the day was and many times we accepted that trade. So, in that regard, I wish we’d treated him as more of a villain.