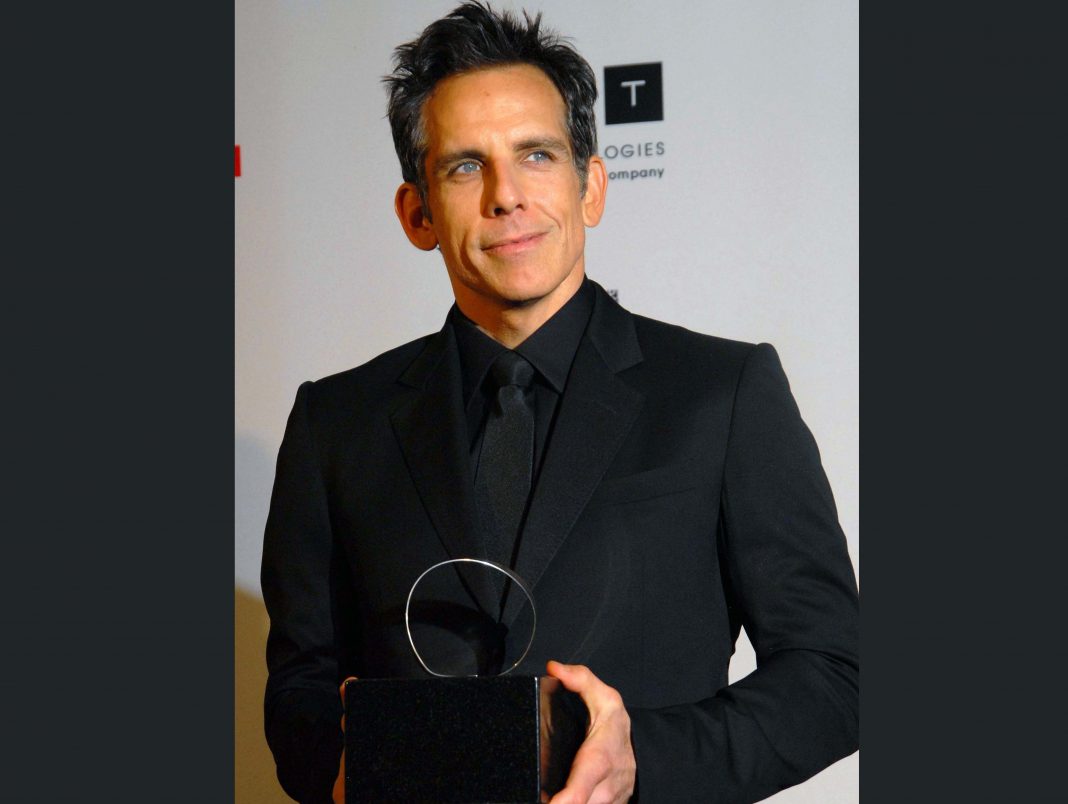 The other night Ben Stiller received the American Cinematheque Award at the Beverly Hilton. Some of his pals (aka people he’s been in movies with) got up to say funny and sometimes touching/nice things about him in a steady stream. I put on my evening gown and ate unidentified white fish with them. Every time I run into the petit actor, I cannot help but remember the first time we met.

I was covering the premiere of Neil LaBute’s Your Friends & Neighbors (1998) which stars Stiller, Aaron Eckhart, Catherine Keener, Jason Patric, etc. As the screening starts, Eckhart bolts. When I encounter him on the way out, he says he cannot see himself onscreen in this film. He gained a lot of weight to play the part and just portrays such a sad character. Not too many likeable characters in the movie at all. Stiller plays Jerry, one of the many jerky fellas in the flick.

Afterparty is at the Mondrian. Hey, it was the ’90s. Another reporter and I spy Stiller and go in for quotes. We’re chatting away when it’s my turn. “You play such a schlub in this movie.” It’s not a question, it’s simply an awkward statement. Stiller stops talking. The reporter beside me just stares at me. “Interview over,” Stiller says and walks away. It’s dark, but I can still see the other reporter staring at me, “That’s the wrong word, Kari. He plays a schmuck, not a schlub. Aaron Eckhart’s character, that’s a schlub.”

That Christmas, I received a Yiddish dictionary from the reporter. I don’t think Stiller remembers the party columnist who insulted him incorrectly in the dark. Then again, I could be meshuga.