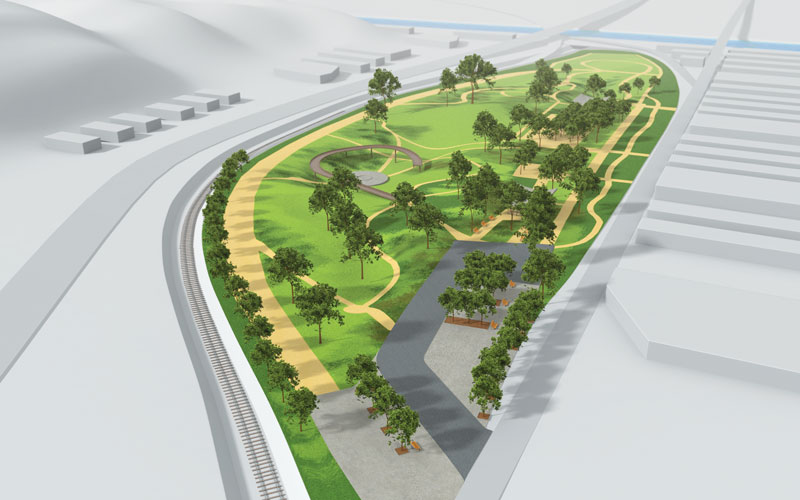 It’s true that Los Angeles has some magnificent parks (we see you Vista Hermosa), but there are still many areas of the city that are criminally short on green space. That’s why the nearly completed Los Angeles State Historic Park is such a blessing. The 32-acre island of sweet, sweet nature in the middle of one of the city’s denser areas (near Chinatown and Lincoln Heights, just off the Gold Line) has been in the works since 2006. It’s finally opening this Saturday, April 22—which just so happens to be Earth Day.

The space occupies the site of a train depot built by the Southern Pacific Railroad in 1875. It’s the place where countless transplants first set foot in Los Angeles. Five years after acquiring the site in 2001, the California Department of Parks and Recreation opened the grassy expanse to the public. In 2014, though, the state closed it down to transform the area into a beautifully designed park with walking paths, elevated bridges, wetland space, plenty of shade trees, and a restaurant and beer garden.

The park’s grand opening festivities kick off at 10 a.m. on April 22, and will feature tours, musical performances, train rides, free s’mores, food trucks, and a beer garden. You can learn more about the full history of the park in the below videos from Tom Explores Los Angeles.

Thomas Harlander is a staff writer at Los Angeles magazine. You can follow him on Twitter and Instagram. He recently wrote: A Local Hero Has Mapped Every Bar Within Walking Distance of the Metro

In Chinatown, Coronavirus News Has Hurt Small Businesses for Weeks