Home Uncategorized Beasts of the Southern Wild Now Back in Theaters 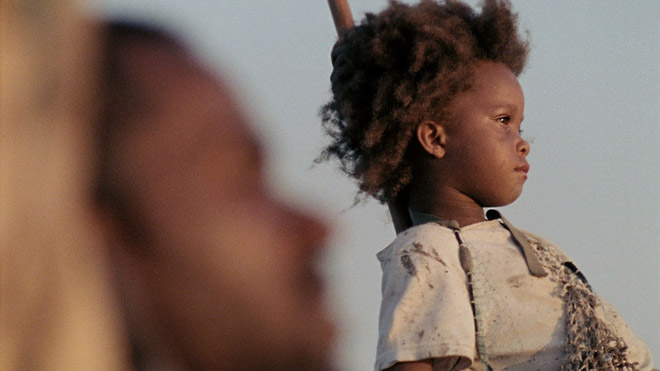 After earning four Oscar nominations, Benh Zeitlin’s powerhouse indie drama Beasts of the Southern Wild will be storming its way back into theaters starting today. The re-release is part of an Oscar campaign in which the movie will re-open in a handful of cities and venues including the Landmark Theater in West LA.

The film won hearts and minds with its entrancing narrative about Hushpuppy, the preternaturally wise child protagonist (Quvenzhané Wallis) and her troupe of bayou nomads who live in the “Bathtub.” The pint-sized heroine endeavors to save her dying father and her disintegrating home after a Katrina-like storm ravages her world—all while coming of age and trying to understand the universe.

Beasts’ theatrical encore falls on the one-year anniversary of its debut at last year’s Sundance Film Festival, where it won the Grand Jury Prize and Excellence in Cinematography awards. Zeitlin’s heavy hitter has racked up more than 120 awards from film fests and critics’ organizations as well as mentions on more than 125 Best Of lists. At nine years old, Wallis is the youngest Best Actress nominee in Oscar history – and she was only six when she shot the movie.

Though the re-release is clearly part of an Oscar campaign that hopes public opinion will influence Academy voters, see the Best Picture contender and you’ll understand what all the fuss is about. I still remember the first time I saw it; here’s to déjà vu and some more tears.