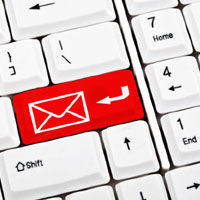 We know two things about the current job market: 1) There are a lot more applicants than there are openings and 2) most of us weren’t computer science majors.

GOOD, a media platform for people “who give a damn,” and the Apollo Group, the property behind the University of Phoenix, have merged these realities in a novel social experiment. The two companies offered a free online public training course in computer coding and programming. Upon completion, competitors could submit a final project that showcased their new skills, and judges chose three finalists.

This weekend, the triumvirate of competitors (two gents and a gal) flew to Los Angeles to compete in the final leg: the Google YouTube Video Hack-A-Thon. They’ll work alongside GOOD employees and developers designing an app with the YouTube API. The prize? A shot at getting hired by GOOD.

Companies need employees with technical know-how, explain the organizers, and 3.7 million jobs are going unfilled because Americans don’t have it. “Coding for GOOD is our effort to bridge the skills gap and help address the needs of jobseekers and employers,” says the company’s CEO and founder Ben Goldhirsh. “This is an opportunity to transform the way we hire by focusing on an applicant’s ability to learn and grow, based on mastery of a specific lesson plan, rather than a focusing on an applicant’s resume.”

Ok, fine. The race-to-the-top angle deserves praise. But is there a little too much dog-and-pony show in all this? Note, the winner will have a chance—a chance, mind you—to compete for a job at GOOD. So after beating out, say, several hundred people nationwide, you still have to arm wrestle your way past whatever other applicants may be waiting in the wings. Katniss Everdeen had it easier.

Good luck, finalists. May the odds be ever in your favor.