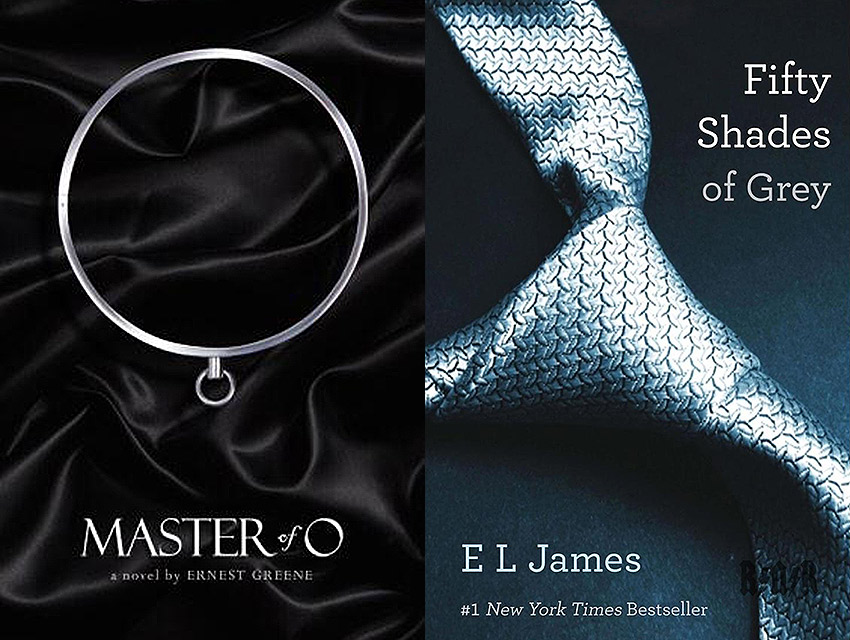 It’s official: The Fifty Shades of Grey film is a worldwide phenomenon. Days ago the movie topped $500 million at the global box office, and it doesn’t seem like things are set to slow any time soon (the film will be released in Egypt this week and in India in the near future). But long before Fifty Shades of Grey created a national frenzy of book sales and a class-action lawsuit surrounding faulty lube, Story of O, Pauline Réage’s 1954 erotic novel about female submission, was creating its own uproar in France. Réage was the pen name of esteemed French journalist Dominique Aury, who had written the book for her employer and lover Jean Paulhan. Obscenity charges were leveled against the bondage classic, as was a longtime publicity ban. Aury remained mum about her true identity and only revealed that she was the book’s author just before her death in 1998. (Another reveal? Dominique Aury was also a pen name. Her true name was Anne Desclos.)

Do you feel as though the film and books are not a very accurate depiction of that world?
Not only is it “not very accurate;” I’d say it’s defamation. The behavior it depicts is in so many ways opposite to the ethics of our community. Everything we do is based on the idea that BDSM is sex play between consenting adults who are informed in what they are doing. They are doing so not just willingly but enthusiastically. Fifty Shades of Grey is a story about a stalker with mommy issues who’s trying to work it out through his kink and who doesn’t care very much about the enjoyment and participation of his partner. That is not what we’re about. As such, I think it presents a very dangerous misconception. Another dangerous misconception that it repeats is that people who are interested in various kinds of power exchange-based sex play are all child abuse victims who are trying to engage in DIY psychotherapy. That’s not a way you can accurately characterize what now numbers hundreds of thousands—if not millions—of people.

The book and the film have gotten an undeniably enthusiastic response. Do you think they are giving any positive attention to the BDSM community?
I like to compare it to Gone with the Wind, which gave people an unrealistic view of the Antebellum South as a place full of dashing plantation owners and blushing Southern Belles and, of course, lots of happy, well-treated slaves. That’s an inaccurate portrayal of the South before the Civil War. I think these books and the film created an alternative world that leaves behind a false impression of what said world is all about. So yes, it’s good it put us on the radar, but not so good in that it put us on the radar as a potentially hostile target.

What message were you trying to get across in Master of O?
One of the things that I set out to do was to portray dominant heterosexual guys as something other than figures chiseled from granite, people with no personalities, people with no sense of humor, people with no compassion. They’re not like that at all. Most of the literature about BDSM is told from the point of view of the submissive partner, which is obviously a very dramatic position because they are the person to whom things happen. But it is a journey for their dominant partner, too. So I wanted to talk about that experience. What is it like from the other end of the whip?

I also thought that Los Angeles bears some resemblance to post-war Paris, which sets the scene in Story of O. It’s a place of self-reinvention, a place where popular culture is booming at all times, a place where people wish to be involved. There are all kinds of activities barely beneath the surface that are quite surprising, unexpected and interesting. It’s a city full of all kinds of people doing all kinds of things that are interesting, some of them in public and some of them very much not in public. I wanted to give it a noir-ish feeling, and I think at its best it kind of gets there.

A Fifty Shades Pop-Up Experience Is Coming to L.A. and We Need a Safe Word

Christian Grey Could Be a Serial Killer