Home Music All About That Bassist: Esperanza Spalding is Set to Conquer Disney Hall 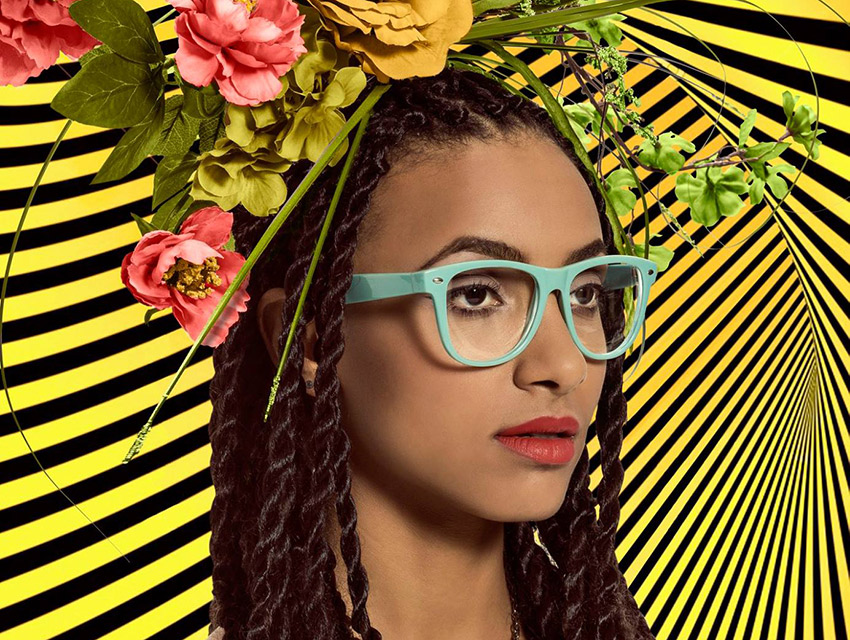 In 2011, jazz bassist and singer Esperanza Spalding became instantly famous (and infamous among Justin Bieber fans) for beating out the Biebs in the Best New Artist category at the Grammys. But the 30-year-old Portland-born, New York-dwelling musician has since proved her victory was no fluke. She won two more Grammys in 2013 for her fourth album, Radio Music Society, and has been the headliner at sold-out venues all over the world. Well, almost. On April 26 Spalding makes her debut as the main act at Walt Disney Concert Hall. It’s a venue she recalls fondly, if a tad fuzzily; she first played the L.A. Phil’s acoustic mecca alongside legendary saxophonist and composer Wayne Shorter. “Honestly, I was so overwhelmed and excited,” she says, “the only thing I remember is backing into a pole in the parking lot after rehearsal.”

Her memory is much clearer when discussing her as-yet-untitled album (due out later this year), which she wrote and recorded over the course of a month spent in West Hollywood last year. “I thought, ‘Let’s make this music shimmer. Let’s make it all shiny and put a bow on it,’ ” Spalding says. “The record is infused with the light, the sound, and the color palette of L.A. When I listen to it now, I think, ‘That wasn’t recorded in New York’—and I’m happy about that.” So are we.

A Few Notes on an L.A. Inspiration

Without a Net (the Wayne Shorter Quartet)
(2013)
Shorter’s saxophone work on the track “Orbits,” off of his 25th album, earned him a Grammy for Best Improvised Jazz Solo—his tenth award.